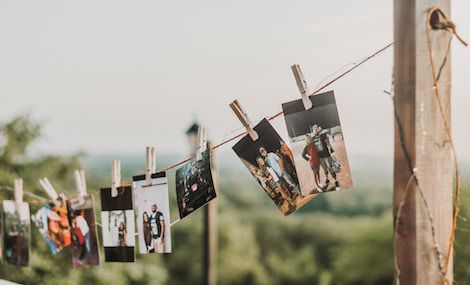 Lots of people have thoughts about “Bookstagram” (Instagram accounts dedicated to books). While I’m happy to say most people love it, there are also a lot of people who don’t and think it doesn’t take any sort of skill to do. I’ve always been intrigued by Bookstagram, and finally decided to give it a shot in May when I created my own account. I thought to myself, “I need more bookish people in my life. I have an iPhone that takes nice photos, and I have lots of books. Let’s do this.”

Oh, how naive I was. Bookstagram sounded like a simple idea initially, and seemed like something that wouldn’t require a lot of dedication or effort. I got about 5 posts in during May and June before I took an entire summer off and restarted (for real this time) in August.

Allow me to share some things I’ve learned over the past few months during my time on Bookstagram. Whether this helps someone start up their own account, informs someone with a disdain for Bookstagram that it’s not just pretty pictures, or just helps a fellow Bookstagrammer feel heard, the past few months have given me an immeasurable amount of respect for this community and I want everyone to know why.

Something I caught on to very early into my Bookstagram venture was how often people posted photos. On my personal instagram, I post once every two weeks or so. On Bookstagram, I’m now posting (or, trying to) every other day. And the thing is, that’s not even as often as most people post. Most of the accounts I currently follow are posting once every day, or even 2–3 times every day. Bookstagrammers are constantly pushing out content daily—not just photos every day, but Instagram stories, IGTV videos,  blogs, and reviews.

“Autumn seemed to arrive suddenly that year. The morning of the first of September was crisp and golden as an apple.” – J.K. Rowling, Harry Potter and the Deathly Hallows . . . I WISH it was autumn and I wasn’t dying in 90 degree California weather. Though I will say 90 degrees is definitely a reprieve from the 100+ days we’ve had since June. Anyway, first of September means back to Hogwarts! Harry Potter themed photos are my absolute favorite, they’re so fun! . . . . . #Bookstagram #instabook #book #books #bookblog #bookblogger #bookcommunity #selinasbooknook #reader #read #reading #writing #bookish #igreads #backtohogwarts #harrypotter #gryffindor #fantasticbeasts #jkrowling #newtscamander #magic #wand #hermionegranger

The next lesson I learned was that having a theme or a consistent editing style will help you grow and make your profile look more aesthetically pleasing. My first few photos do not look alike. Sure, I have the same background, but the editing of the photos is totally different and you can tell from the lighting that I took them all at different times of the day. Not a good look.

Which leads me to the next lesson: taking photos in batches. When I started out, I wasn’t stockpiling photos. I was taking the photo I wanted to post, the day I posted it. This meant that when I was starting out, I was almost always in a constant state of stress because I began to notice how often people were posting, and the thought of setting up my background and books every single day was unappealing.

So when I came back to Bookstagram in August, I came with a vengeance. I had a day off and took enough photos to last me two weeks, and I used the app UNUM to plan in which order I wanted to post the photos. All I had to think about come posting day was the caption.

Another thing I learned was to be fueled by everyone else’s photos, not discouraged. It was easy to compare my account to other accounts in the beginning and feel bad about my photos. But when I started posting again in August, I took note of what my favorite Bookstagrammers were doing and applied the way they did things to how I did things. This helped me produce a photo I was proud of.

The first thing I did was I started taking photos on my actual camera instead of my iPhone. Sure, my iPhone is way more convenient and it’s an extra step to move the photos from my camera to my phone, but I like knowing I’m taking photos with the best quality camera that is available to me. This is what so many Bookstagrammers do and once I figured that out, it made sense how their photos were so high quality.

Has anyone read Folded Notes From High School? It was sent to me a while ago and I haven’t heard much about it. . . Did you ever pass notes in school? By the time I got to high school, note passing wasn’t really a thing. You just talked to people face to face or texted them. But some friends and I did pass notes in like, the third grade. To pass them around without getting caught, we would fold them up super small and stick them in a plastic pencil sharpener and then let each other “borrow” the sharpener. 😂 . . . . . . #Bookstagram #instabook #book #books #bookblog #bookblogger #bookcommunity #selinasbooknook #reader #read #reading #writing #bookish #igreads #foldednotesfromhighschool #foldednotes #fall #autumn #leaves #pumpkin

Once I got a posting schedule down, got into the habit of stockpiling photos and taking them all on my camera, and then found an editing formula I liked, what followed was making the subject of my photos more interesting and appealing. This meant: photo props.

Props were always on my mind from the very beginning of creating my account, but there was so many other things to think about that I only occasionally incorporated  them into my early photos. That is, until fall came around. It was only in October that I went down to my local dollar store and purchased two packs of fake leaves and some foam pumpkins. Five dollars later and my Bookstagram was looking the best it’s looked.

Bookstagram has been one of the best things I’ve done this year and I can’t wait to see where it takes me next year. It’s an incredibly time consuming hobby, but what I get out of it (friends, a community to talk books with, and a creative outlet that combines my love of books with my love of photography) makes it completely worth it. Bookstagrammers work hard I believe they deserve so much more credit than they get.