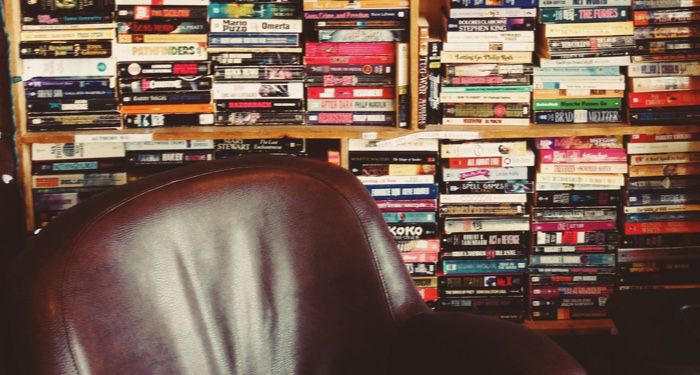 You will not find a tween and teen paperback packaged series stan more committed than I. Did you read the Dear America series? That’s cute, but did you read My Name is America or Dear Canada or watch the Dear America movies? Hmmm, looks like you have work to do. Do you already have the ARC of the new I Am America series or do you live under a rock? Gossip Girl? I raise you The A-List and The Clique (and the Clique movie!). You like American Girl? Pssh. I am a Pleasant Company stan. And I still have some copies of the (never finished) Girlhood Journeys brand.

Xers and Millennials probably remember popular series books like The Baby-Sitters Club and Sweet Valley High, and the mountains of branded toys, clothes, games, and screen adaptations were part of the fun. But those weren’t the only books with matching covers and spines that populated the spinner racks at the library. Publishers have been banking on quickly produced, easily recognizable brands for over a century now. Though you might not know the name, you can thank the Stratemeyer Syndicate for helping make paperback series fiction for tweens and teens a huge part of everyone’s youth and Alloy Entertainment (née 17th Street Productions) for giving us some of the iconic series of the early ’00s before they pivoted somewhat and became known for author/corporate co-created literary blockbusters like American Street and You.

As an elementary schooler, I was already an aspiring writer and was in awe every time I read Karen Brewer‘s latest adventure and got a preview of the next book in the pipeline. First of all, how did they know? It seemed like sorcery. And second of all, how lucky was I that I wouldn’t have to wait too long to see what came next. In middle and high school, somehow I ended up on a teen advisory committee of some sort and got to give my feedback and receive sneak peeks of new series like The A-List. I remember suggesting to them that their next tie-in item be a ripoff of Bonne Bell called Glossip Girl.

This was the beginning of a lifelong interest not just in books for literature’s sake but books as cultural artifacts—product placement in fiction, stables of ghostwriters (or one principal one with a few extras on the side—have you watched Young Adult? hashtag goals), appealing packaging, multimodal delivery…I found it endlessly fascinating and I was HERE. FOR. IT. I can say with absolute certainty that 50% of the reason I went into graduate study of children’s literature is because I wanted to figure out how the sausage was made. Unlike the adults who wanted me to read more literary books or the friends who grew out of them, I never stopped appreciating the gift these books gave hungry readers, and I also had to give them a lot of props for such an effective and genius business model. AND I wanted to write them. Still do. The stories I wrote when I was young were somewhere between fan fiction and exercises in mimicking voice and style to develop my own craft, and I’m much happier diving into an established voice the way an actor dives into a character and co-creates them with the screenwriter than I am writing from scratch.

Another thing that is fascinating to me as a scholar and researcher of children’s and YA literature is the (often problematic, but that doesn’t make it uninteresting or unworthy of unpacking) way the main character(s) were developed. How many book series do you remember with the word “club” in them? Were you primed to see diversity as white-and-blonde, white-and-brunette, white-and-redheaded, and one person of color, or possibly somebody Jewish instead? Do you remember how there were specific titles that were dedicated to learning about Kwanzaa, Las Posadas, or Chinese New Year, and then every other installment made race or ethnicity a non-issue?

My adoration of mass market series fiction (not “series” as we’re more familiar with these days, with multi-book story arcs that must be read in order) didn’t end at classics like the BSC, it began there. There were so many other books riding on Ann M. Martin and Francine Pascal’s coattails that I devoured. To this day, if I see a copy hiding out in a thrift store or in the stacks at a used bookstore whose buyer clearly didn’t know enough about kid lit to know that hadn’t been popular since 1998, I snatch it up. And any time you need to check yourself and confirm that a series you’re remembering was indeed real, chances are there’s a fandom dot com (formerly wikia) for whatever you’re reminiscing. Which of these franchises do you remember fondly? This list is incredibly white, but that’s rather the point. These series didn’t really see readers of color, but I (un)fortunately found a place in them. 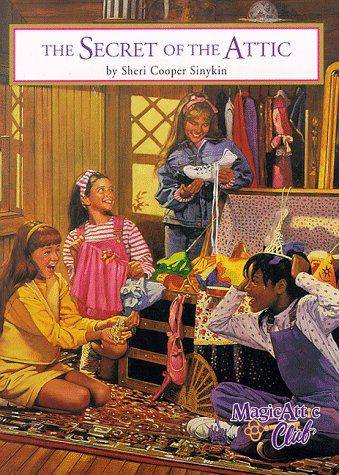 Four friends. An eccentric elderly lady’s mansion. An abundant costume chest. And when you put something on, you’re transported to a different time and place. Sometimes all four girls (later a fifth girl, Rose, was added, and she was Very Ethnic) would go somewhere together. Other times, the star of a particular volume needed time to figure out a problem like connecting with family, doing well in school, or being afraid, and she’d put on just the right costume to take her there. Heather, questioning her Jewish identity, once ended up in 15th century Spain during the Inquisition. Blonde, WASPy Alison was briefly an “Arabian princess” with a genie at her disposal, which is definitely not problematic at all. Megan got to be a cowgirl and help a blind girl be a cowgirl too, which has Wild Hearts Can’t Be Broken vibes! Oh, also—there were dolls, a very clear attempt to grab the lower-income American Girl readers who couldn’t afford the OGs ($59 each to Pleasant Company’s $82, and no, I did not have to look that up because I can tell you every price hike Pleasant Company ever had) but didn’t want the Target knockoffs? I guess? I dunno, but I loved the couple of catalogs I got before that business couldn’t hold on any longer, and the accessories for each girl were pretty dope, IIRC. 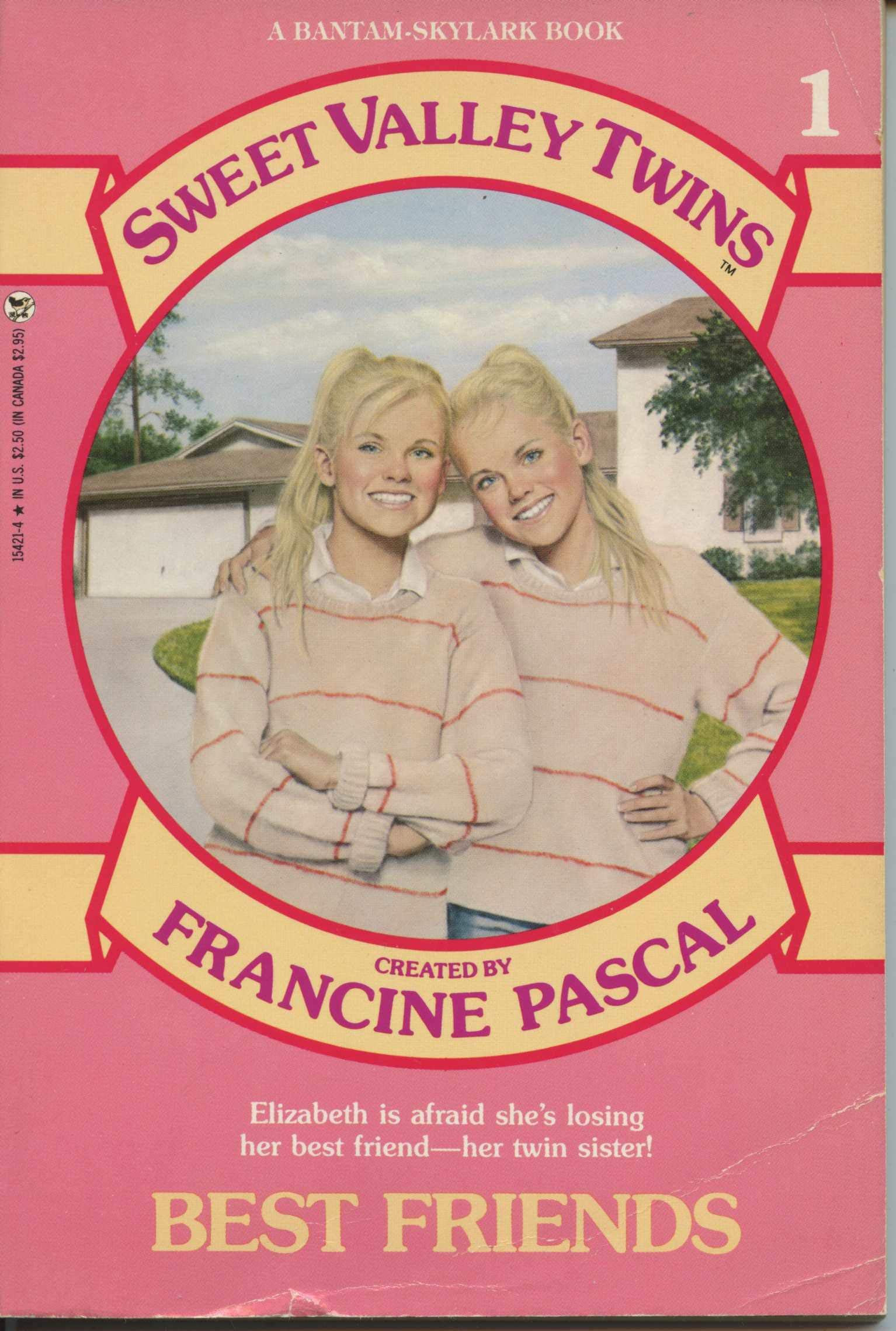 Y’know, to this day I have never read a Sweet Valley High book, because this spinoff (and the one that followed, about the Wakefields in elementary school) was where it was at. Middle school, a hellscape in real life, seemed like golden country thanks to Kristy, Claudia, et al., and this series had the added appeal of twins! (Why were we obsessed with twins in the ’90s? Did I grow out of that or did people stop being into that? Such a weird fetish.) Anyway, Jessica and Elizabeth had crushes, school newspapers, and hobbies to fill their time with, though unlike Judy Blume’s characters, I don’t think any of the characters had, like, actual puberty to contend with. Now that I think of it, this series was weird, even by series fiction of the ’80s/’90s/’00s standards. 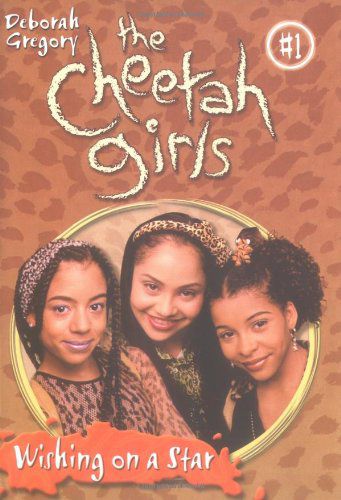 The Cheetah Girls by Deborah Gregory

It shocks me that other people are shocked that these were books before they were Raven-Symoné and two of the 3LW (and another girl) starrers on Disney Channel. I think I bought every single one of these books at Target, and it had all the glam of New York City, the glitter of young stardom (I’m still mad that I once had the contact information to audition for a new show called Veronica Mars and never even pursued it…which is ridiculous because I was not a child actor), and really colorful (somewhat made-up??) slang like Amy Heckerling’s for Clueless. All three (and then four) girls were black or afro-Latina, which was AMAZING, because how often do you get that in a children’s book? Also, you probably don’t care, but during my master’s program I managed to finagle an interview with Gregory for a project, so I can confirm that even though it was a packaged series, the author is a real human, not a Carolyn Keene. 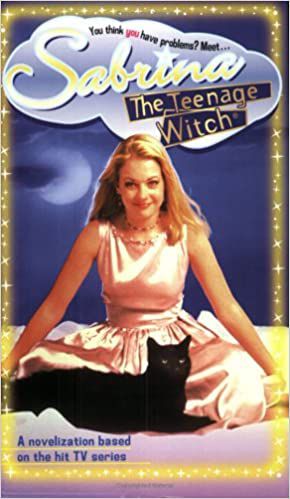 It began as a novelization of the pilot and it included novelizations of the two TV movie specials that aired over the course of the series, but the real appeal of this book series was all of the original adventures that you could never fit into one half-hour episode on TGIF. Melissa Joan Hart’s Sabrina is so central to my self-concept as a reader, writer, and tween that I still can’t bring myself to watch the Netflix series, even if it’s a totally legit adaptation of the newer direction the comics have taken. Among the most memorable stories are the one where Sabrina accidentally spills wishdust over Westbridge High’s student body, the one where she’s a camp counselor and accidentally makes her campers too docile, and the one where her Father’s Day gift ends up making her dad mortal and Salem gets all his powers. 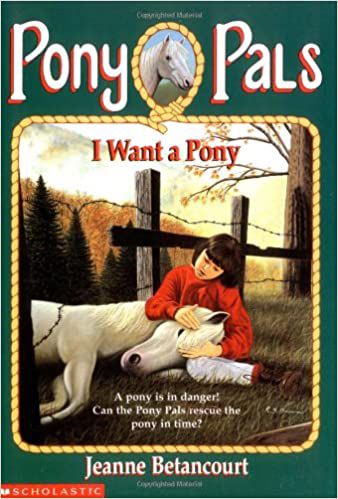 Somewhere in my parents’ storage shed, nestled among the Kitchen Littles, Addy doll, and Beanie Babies, are my Pony Pals trading cards. This series was like the Saddle Club for slightly younger readers, and like any child born in the ’80s and growing up in the ’90s, I wanted to learn horseback riding and had no idea yet that it was really the realm of affluent families or families who had farms or ranches, of which my family was neither. Still, reading about a group of friends who cared deeply about animal welfare and their friendship with each other was immensely satisfying. Their titles are a trip, too. After the lead title’s I Want a Pony, there’s Give Me Back My Pony, Too Many Ponies, and Keep Out, Pony! Whew! After that, “pony” no longer looks like a word. 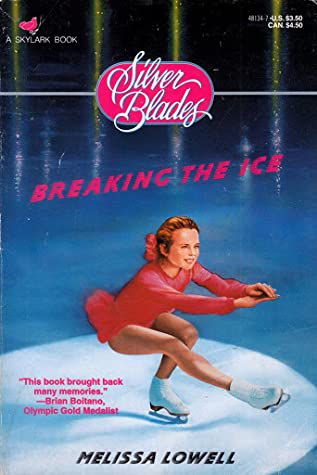 Is it just me, or are gymnastics and figure skating the two sports most likely to have diehard fans with immense vocabularies, even if they’ve never done it themselves? I’ve gone ice skating three times in my life, and yet I absolutely inhaled this book series about a group of girls, sometimes friends and sometimes enemies, in an elite program preparing them for the Olympics. This series is where I first learned about muscular dystrophy, and weirdly enough, taught me by osmosis how much work and discipline it takes to be an athlete, whereas after-school sports, where I did not shine, seemed much more casual.

Any of your favorite second-tier (first-tier in my heart) series that didn’t make the list? Let me know!