The female LGBTQ+ romance genre is large, but sometimes it can be a little overwhelming to find exactly what you’re looking for. Besides these lesbian romance novel recs, this master guide on LGBTQ+ romance, and these LGBTQ+ novels, here are five lesbian (and bisexual!) romance novels featuring f/f relationships. 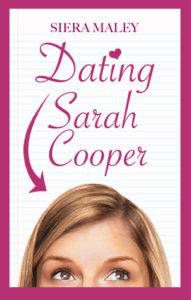 Katie Hammontree and her best friend Sarah Cooper accidentally convince a member of the Gay-Straight-Alliance club that they’re dating. Sarah wants to keep up the ruse in order to get the attention of Sam, the guy she likes, and Katie can’t find a way to say no. As their scheme more complex, Katie spirals further and further into a sexuality crisis. How can she tell her best friend that their fake relationship is real for her?

As unhealthy as this is outside of literature, I’m a sucker for the in-love-with-my-straight-best-friend trope. I’m even more of a sucker for the let’s-pretend-we’re-dating trope. This book has both, and it’s the most satisfying YA novel I’ve read of this genre. Both Sarah’s and Katie’s exploration into bisexuality and homosexuality is relatable but unique to their own characters. It made me unusually happy to see Katie blindsided by her sexuality, as it reflected how many people of the LGBTQ+ community can be surprised by their identity. Overall very sweet and educational, this is the perfect book to read for soft butterflies and mild angst.

Thief of Hearts by Bridget Essex

Envy is a thief among royalty, stealing trinkets from each lady she seduces. Despite her excitement every time she pockets another jewel, she can’t help but feel loneliness. But then she meets a mysterious woman named Merle, and Envy wonders if love is as hopeless as she once thought.

If you’re looking for a little fantasy along with your lesbian romance, this is your book! The world-building isn’t as strong as I would like it to be, and there are some conflicts and characters that never get closure, but the love story really is magical. I adore fantasy and LGBTQ+ romance, and it was so wonderful for me to read a book where both of these genres collide. The plethora of female thieves make the story fun, dangerous, and exciting. The story never really gets hot and heavy, so this is better for readers who want something whimsical and light. 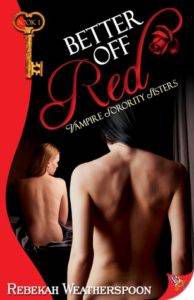 Ginger Carmichael is dragged into Greek Life when her roommate Amy wants someone to rush with her. She never expected to actually join any sororities, but something about Alpha Beta Omega makes her think twice. (That something might just be the hot, spiky-haired Hispanic girl standing in the back.) But ABO has a secret, and that secret involves blood. And now Ginger’s problem is less that she doesn’t know if she’s attracted to girls and more that she’s attracted to a vampire.

Two words: vampire sex. In just about every chapter. If you’re looking for hot and heavy, this is where it’s at. And I’m not going to lie; before I read the book, I rolled my eyes at the word vampires in the description. But for some reason, the sexy-supernatural-beings trope didn’t make me want to bash my eyes out. It actually was fun. And well-written.

Though the main relationship between Ginger and Camila is extremely fast-paced, the quickness is pretty easily overlooked. Everything about the vampire-sorority lifestyle is so drastic that it’s not too difficult to suspend disbelief on most parts of the story. Overall, the book was lovable and hot, and it’s probably the only vampire romance novel I’d ever recommend.

Rise of the Rain Queen by Fiona Zedde

Nyandoro is not a child, and she will do anything to prove it. She’ll prove it to her iya, her baba, her brothers, and she will especially prove it to Duni, the married woman she’s fallen in love with. But Duni has a life of her own, and Nyandoro has a fate she did not agree to. Love might not be as simple as Nyandoro initially anticipated.

This was so beautifully written, and I loved Nyandoro’s village and family. Each character’s personality was sharp and vivid, the dialogue between Nyandoro and her brothers was fun, every character’s a person of color, and the plotline wasn’t predictable like most romance novels I’ve read! I actually can’t rant enough about it. I love the genre, but I rarely find a romance book that’s more than a guilty pleasure sort of work. I found such a book in Rise of the Rain Queen. Short but beautiful, this novel is for people who want a rich storyline along with their f/f relationships. 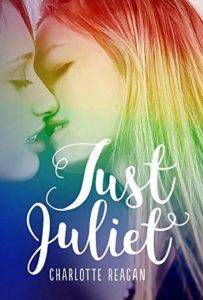 The novel was basically long pages of pining, cuddling, and love. The plotline got a little lost at points, and there were some scenes that didn’t necessarily need to be there, but overall the story was very happy and sweet. I loved Lena’s struggle with bisexuality, and I loved her friendship with Scott, Lakyn, and Lacey.

I will say that the ending was a little shocking and very differently paced from the rest of the novel. And although I loved Lacey, Lena’s African American friend, she was also a little underdeveloped. Despite its faults, the book was very sweet overall. It’s good for days when you have a lot of time on your hands and want to feel love in every chapter.

If you finished all these and are looking for more, you can always search through BookRiot’s tag for LGBTQ+ romance. Happy reading!