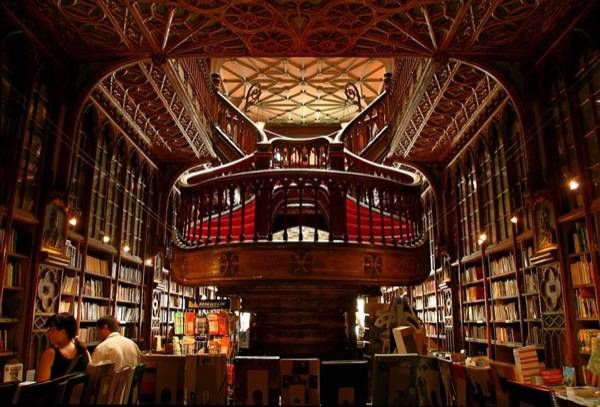 Little did I know that when I went looking for the oldest bookstore in the world, I would find, just up the coast of the same country, what could very well be the most beautiful bookstore in the world. The Lello Bookstore was built in 1906 in Porto, Portugal by The Lello Brothers (Antonio and Jose) who formerly owned another bookstore a few streets away. Their new bookstore is one of the most ornate bookstores in the world, mixing Neo-Gothic and Art Dec elements (especially the facade, pictured below). Carved wood ceilings, a stain-glassed roof, an undulating, opulent red staircase, and even a built-in wheel-barrow on rails for moving the store’s 120,000 all make the Lello seem like the bookstore out of some fantasy-world (J.K. Rowling herself lived in Porto for a short while).

The bookstore experienced several decades of disrepair, but in 1995 a massive renovation project returned it to its former glory, and now it is as much a tourist-attraction as a bookstore. But oh, what a bookstore. (Be sure to check out the last image below for a glimpse of what the Lello looked like in its early days) 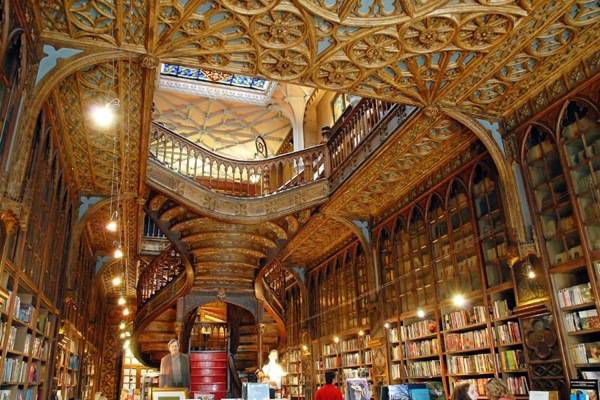 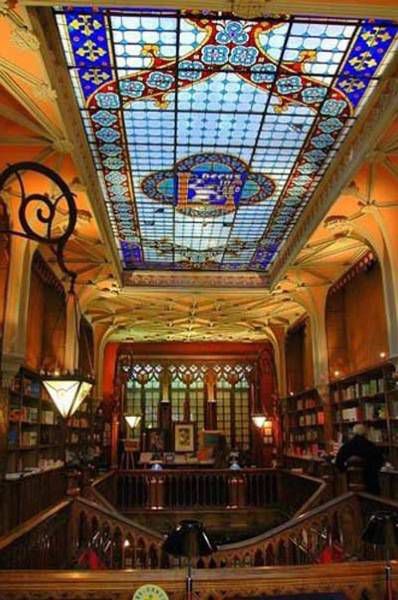 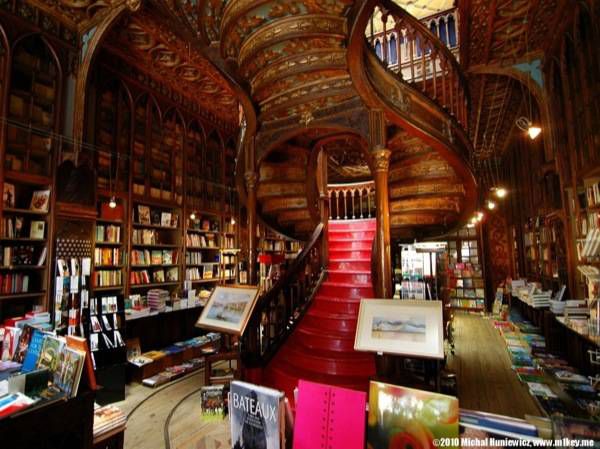 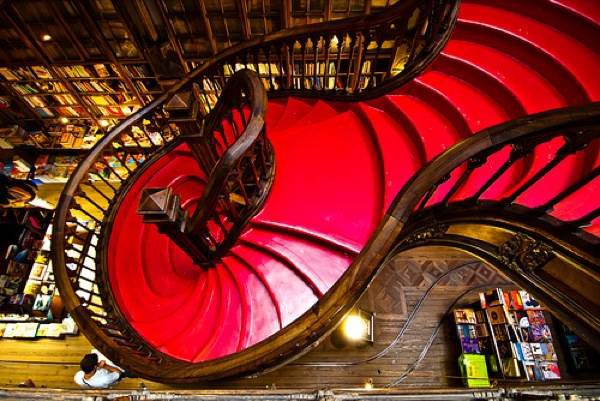 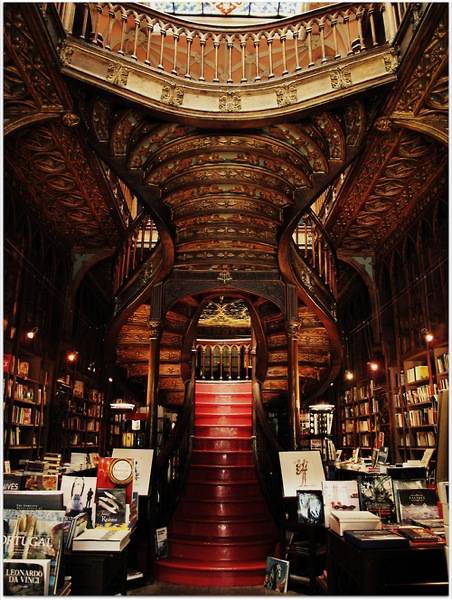 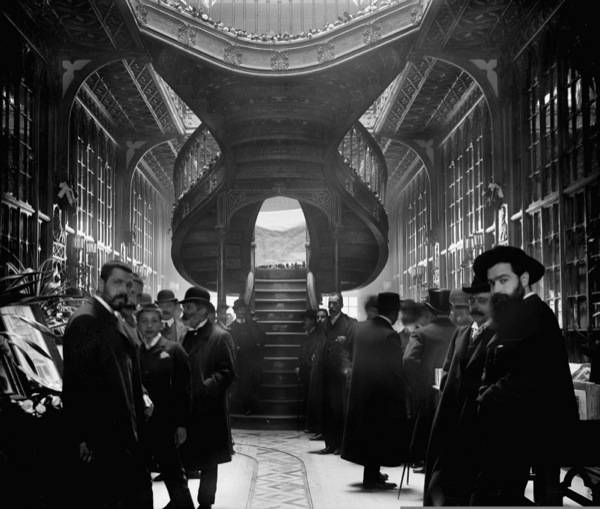 1906 photograph of the early days of the Lello Bookstore.