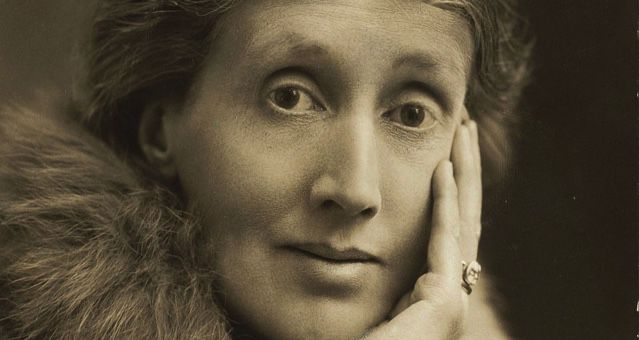 Sometimes it takes me a long while to read a big author, let alone collect quotes from them. Virginia Woolf was one of those authors. She isn’t now. Her work is full of a thousand quotes, all of them perfect and brilliant and the sort of thing to live your life by.

It took me a long while to realise that.

“Lock up your libraries if you like; but there is no gate, no lock, no bolt that you can set upon the freedom of my mind.” [A Room Of One’s Own]

Much of my troubles about Virginia Woolf came from my first job in a public library. Every time a book got mentioned on TV, we’d see a thousand people come in the day after and ask for it. Inevitably it wasn’t available. And for a while, that unavailable book was always by Virginia Woolf. Every discussion of Britain’s Best Books  featured Mrs Dalloway or The Waves; every discussion of feminism mentioned A Room Of One’s Own, and any talk of film turned to Orlando .

Virginia Woolf was everywhere and I was over her. 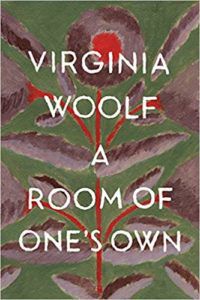 I was also a little bit scared of her. Virginia Woolf is, as my fellow Rioter recognised, a writer who “is revered on a pedestal as an icon and the fierce intellect that she was.” And that’s perfect and right but it’s also intimidating. Where do you begin with reading somebody as iconic as that? How do you break through that aura?

“If you do not tell the truth about yourself you cannot tell it about other people.”  [The Moment And Other Essays]

Sometimes life works to take books away from you. You read and study authors to excess in school and somehow lose the love for them. Reading isn’t fun if you’ve analysed each sentence a thousand times. I lost Sylvia Plath for a long while that way. We studied her and analysed her and ruined her. That scientific analysis – that slow, grimly determined ‘there must be meaning in this’ – it broke her. I couldn’t read Ariel for a long while after that.

“Growing up is losing some illusions, in order to acquire others.” [Orlando]

Those days in the public library took Virginia Woolf away from me. I let her go. I placed her with a series of authors I would never read – that I didn’t have the inclination to even get close to – and I closed her off. I placed her somewhere alongside Simone De Beauvoir, Sarah Waters, and all of the Brontës. They were authors I knew I should read and that perhaps, one day, I would. But they were, then, authors that I couldn’t even begin with.

Eventually, I came across The Waves. I don’t quite remember how I found it or when or where. I just remember the moment that I got Virginia Woolf. That I understood her. That I realised I was being an idiot.

Somebody who wrote as brilliantly as this could not be ignored.

“I feel a thousand capacities spring up in me. I am arch, gay, languid, melancholy by turns. I am rooted, but I flow.”

I began to read Virginia Woolf. I began with A Room Of One’s Own, a book full of a thousand quotes and all of them perfect. My feminism, I think, has been a little bit remade by it. I paired her with Simone de Beauvoir, with Anne Brontë, and with Daphne du Maurier. Writers who had once been as alien to me were now as perfect as sunrise. I wanted them. I needed them.

As long as she thinks of a man, nobody objects to a woman thinking. [Orlando]

There’s a writer called Daniel Pennac who wrote a ten point manifesto for the reader. The Rights Of The Reader include the right to not read, to skip, and to read anything. There is an eleventh right that I think should be added to the list: the right to change your mind. I disliked Virginia Woolf for a long time, and that was right. Then. But now I love her. And that’s right for now.

“I see the mountains in the sky; the great clouds; and the moon; I have a great and astonishing sense of something there, which is “it”—it is not exactly beauty that I mean. It is that the thing is in itself enough: satisfactory, achieved. A sense of my own strangeness, walking on the earth is there too: of the infinite oddity of the human position; with the moon up there and those mountain clouds.” [The Diary of Virginia Woolf, volume three]