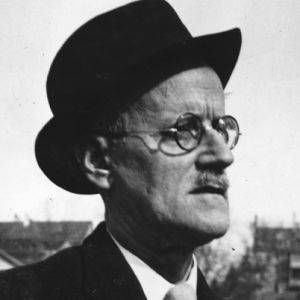 My history with Joyce’s Ulysses has been, until late, antagonistic and unpleasant. I described some of the experience in my post about a different sort of book club. I was trying to read Ulysses back when it was important to me to read books that nobody could get through. I’d seek out a booklist, check the boxes, and bask in naive self-satisfaction.

I probably took ten cracks at Ulysses over as many years before I finally got through it. I even read a concordance on the novel that was longer than the book itself. And even then, once I had “finished,” it would probably be more accurate to say that at that point, I had seen all the words in Ulysses. I wasn’t overwhelmed or underwhelmed, just glad it was over.

It made me feel like a bad English major, and reader, and writer. I’m a music lover, and my failure to adore Ulysses nagged at me in the same way that I feel like a fraud when I can’t muster up much reverence for The Beatles.

I had gained nothing except the checked box, a mild, fleeting sense of accomplishment, and relief.

Years later, in March of 2015, a coworker said “I’m reading Ulysses and want to talk about it with someone. Want to have a book club of two?” I surprised myself by saying yes, and away we went.

I could not have been more surprised by how much I enjoyed Ulysses this time. I have a a few ideas as to why, which I’d suggest to anyone who still wants to get through the book but has been thwarted by it.

This was a suggestion from my reading compadre. She said, “When you hear the words, it’s pure music. It’s easy to tell that each word belongs next to the words Joyce chose.” She was right. Ulysses is not story-driven, and, while multiple close-readings can certainly reward the right reader, I did not feel like I lost much by simply listening and enjoying it. Reading it aloud to myself wasn’t the same. I needed to hear the audiobook from a pro.

2. I read The Most Dangerous Book: The Battle for James Joyce’s Ulysses by Kevin Birmingham.

I knew that Ulysses had been the subject of an obscenity trial in the United States, but that was about it. Oh, and I knew Joyce had an eye patch.

Here’s what I can say now: the effort it took to publish Ulysses was every bit as ambitious and wrenching, in its way, as the effort it took Joyce to write it. The battle over the book would make almost no sense to today’s readers–it is simply harder to shock people these days, particularly with a novel–but it riveted me. It was hard to come away from it without an appreciation for what Joyce was trying to do, and how much help he needed to get the book into America.

Sometimes it just takes as long as it takes. There are books that I reread every few years, just to see if they have changed, or if I have. This time, perhaps I was finally the right sort of a reader, or writer, or I was just at the right place to love things about Ulysses that I used to hate.

Talking about Ulysses with someone–even if, especially if–that person was as confused about some of it as I was, made a huge difference. We could not talk about the things we disliked, or were confused by, in Ulysses, without also talking about the pieces we loved, or were delighted by.

5. Giving up on the concordances and reading guides

Every time I’ve tried Ulysses, I was determined to “get” it. And so I would knuckle down and make sure I didn’t miss one allusion in any sentence. That’s exactly how I robbed myself of many of the book’s potential pleasures. If you can, just relax and try not to overthink it.

That said, if you try Ulysses again and it just kicks your butt or makes you miserable, there are plenty of other books to read. But you might have an experience like mine, and finally get a glimpse of what the big deal about James Joyce’s opus is. I’m glad I tried again.

Any fans here? Any tips for would-be Ulysses appreciators?