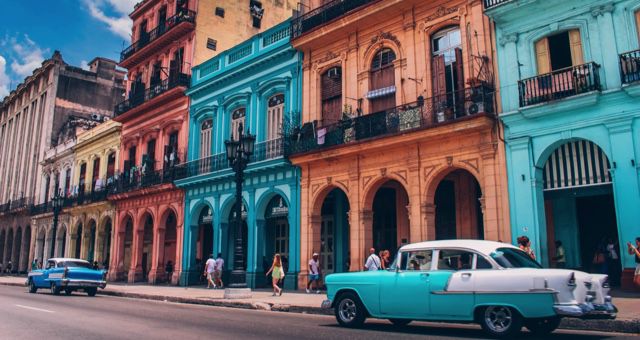 As far as books about Cuba go, a fiction novel is probably not people’s first choice. However, Don’t Date Rosa Santos, a Young Adult book by Cuban American author Nina Moreno, is a must read for those interested in learning about Cuba. 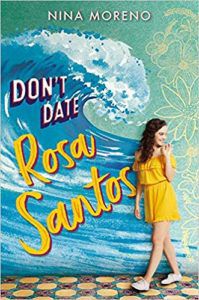 In Don’t Date Rosa Santos, a Gilmore Girls meets Jane the Virgin love story, Rosa Santos wants to go to Cuba and end her family’s curse. However, her grandmother Mimi, who escaped years ago at the sacrifice of her husband, forbids it.

Reading books about Cuba was not at the top of my list, but I chose this book because I related to the first generation conflicts. So far, Miami-born college student Rosa has only known her Cuban culture through “the food she ate…and stories from the bodega.” As a half Mexican American diaspora, I understand her yearning to feel like she belongs in her country of origin. Further, I relate to Rosa’s diasporic guilt, and her “markers” of feeling Cuban: improving her Spanish and visiting the homeland. While I can visit Mexico whenever I feel like it, until recently Cubans who escaped could not return home.

At first, I thought the plot was a bit far-fetched: both Rosa’s grandfather and father had disappeared at sea? Then I refreshed myself on the famous Elian Gonzalez story, and remembered that his mother had actually drowned at sea trying to escape Cuba. At the time I couldn’t absorb the details, but I always remember the traumatized child crying and screaming on national television.

A Cuban American Goes to Cuba

Once former President Obama opened sea travel between the U.S. and Cuba in 2015, Instagram was filled with American influencers’ ( of course including the Kardashians) posts of their travels. Obama himself went to Cuba in March 2016, and despite the Cuban government’s warning, urged Cubans to “look towards the future.”

What about actual Cubans who had left the country, or Cuban Americans that had never visited? How was their experience going to Cuba? Don’t Date Rosa Santos tells the story of the poignant journey of a Cuban born in exile and her Cuban American daughter returning to their country of origin. I did not understand the heartache Cuba’s policies cause its people until I read this book. As a Mexican-Pakistani American diaspora, I grew up thinking the U.S. is the only place worth living. Now that I’m older I realize that many people are living here out of necessity first and preference second. They are grateful to live in the U.S., but would prefer to live in their homeland and raise their children there. Thankfully, I now respect this sentiment, as I’ve seen the uniqueness other countries offer.

In typical Trump fashion, he reversed Obama’s Cuban-U.S. travel policies. As recently as June 4, 2019, Trump does what he knows best, and issued a ban on domestic and independent sea travel to Cuba. Interestingly, Cubans agree with the tourist ban, according to their comments on People.com’s Facebook page. This sentiment is echoed in Don’t Date Rosa Santos, where Mimi says “things never change for Cuba’s people…they care about tourism not the Cuban people who still suffer.”

The book opened my heart to the struggles of Cuban American immigrants and Cubans. I felt like I saw Havana through reading the book, not from seeing influencers’ Instagram posts. As a Muslim, when I think of refugees I immediately think of Syrians, Iraqis, Ethiopians, etc. After reading this book, I will keep in mind that there are also desperate refugees from many other countries, including Cuba and Venezuela.

You can still learn by reading fiction books about Cuba. What I learned from Don’t Date Rosa Santos is that we all experience the human condition of family, love and death. Also, I learned that Cuban people are strong and their community will always thrive and survive. Lastly, I admire Cubans for acknowledging their country needs improvement. Although their current government wants to keep them in the past and is afraid of change and progression, they will find a way to move forward. Viva Cuba libre. Pa’lante.