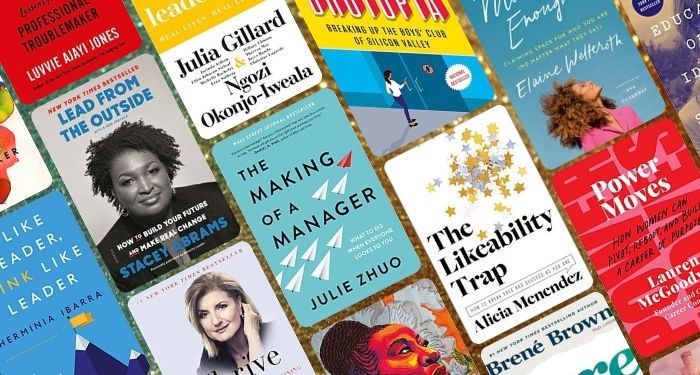 For women who are either leaders or who want to become leaders, the whole “new year, new me” proclamation may come off as cliché to some, but women can make it come true with knowledge and a plan. In fact, the new year is the perfect time to consider making your hopes and dreams come true. Because why not?

We know that women earn less than men to the dollar and that male bosses are largely seen as competent while female bosses can be seen as “bossy.” But this should never stop anyone from wanting more out of a career. Whether you want to start a new business or take the next step in your career, now is the time to make an action plan.

Some say true leaders are born. Others say that true leaders are made. Honestly, I think it comes down to having a plan and working on oneself to become an excellent leader who people will follow and trust. But where to start? Leadership is so nuanced, and each woman has her own style.

To achieve leadership in a work environment that’s designed for men, women need to have an arsenal of knowledge at their disposal. Fortunately, there are plenty of women leaders who’ve paved the way and have some advice to offer.

The pandemic upended how we view work, and many women have decided to open their own businesses to pave their own paths outside of the standard 9 to 5 grind. For women wanting to lead their own companies or to forge a career where they currently work at, here are few leadership books that offer great advice so that you can continue whacking at the ever-elusive glass ceiling. 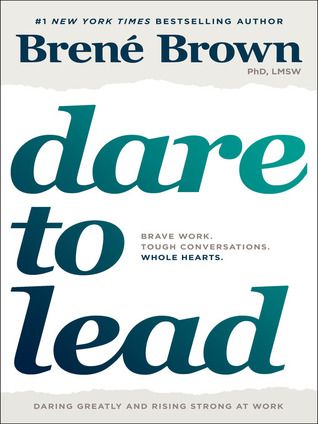 Dare to Lead by Brené Brown

I figured that Brown would be the perfect start to this list since she has a backlog of amazing leadership books for women. In Dare to Lead, she talks about what makes a good leader and how it’s not about having all the answers but rather a desire to find them with the right people. 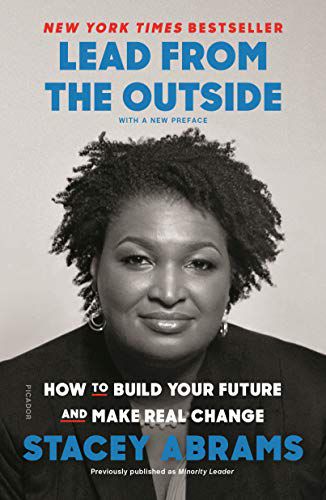 Abrams really needs no introduction. In this book, she talks about the challenges that leaders face and specifically provides leadership advice to women of color and other marginalized people. All her advice comes from hard-won knowledge during her time as a politician and career in the business and nonprofit worlds. 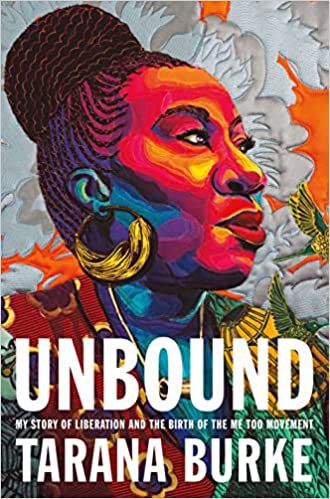 Unbound: My Story of Liberation and the Birth of the Me Too Movement by Tarana Burke

Unbound is a little different because it’s actually a memoir. More specifically, it’s Tarana Burke’s — yes, the Tarana-Burke who founded the Me Too movement’s memoir. Every woman has a story, which means that every woman leader or woman who wants to be a leader has a story to tell. Burke’s memoir is a reminder about how women have to put together all the versions of themselves to show up. 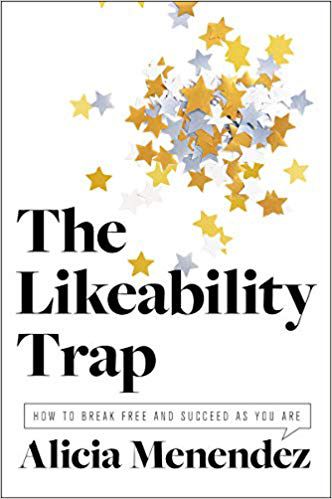 The Likeability Trap: How to Break Free and Succeed As You Are by Alicia Menendez

Women are constantly fighting internal and external battles to be likable, because god forbid we’re ever labeled as “bossy.” Menendez prefers a different approach because to her, women should be empowered to express themselves because that’s how we can break down the subjective and unfair nature of likability. Women leaders in particular fight this battle of being likable for fear that being bossy will hold them back in an unfair world. 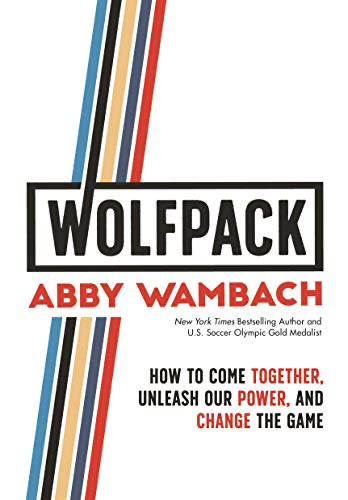 WOLFPACK: How to Come Together, Unleash Our Power, and Change the Game by Abby Wambach

Wambach is a star soccer player who was co-captain of the 2015 Women’s World Cup Champion team. As a leader, she created a culture of sisterhood and honor, transforming the team into champions. In Wolfpack, she imparts her experience to a new generation of women leaders from making “failure your fuel” to demanding “the effing ball.” 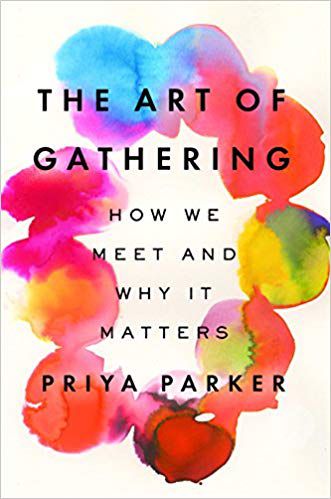 The Art of Gathering: How We Meet and Why It Matters by Priya Parker

The Art of Gathering is an insightful look into human gatherings. By definition, leaders lead groups of people, so Parker’s insights into how we can understand the purpose of gatherings are important to consider. As a strategic facilitator for the World Economic Forum and the Museum of Modern Art, Parker knows a thing or two about successful meetings. 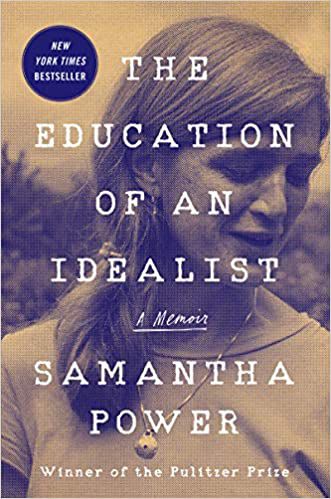 The Education of an Idealist: A Memoir by Samantha Power

Power is a famous advocate for human rights and a foreign policy expert. In her memoir, she explores the…well…power of what just one person can do. For women leaders who want to be in the halls of…again…power, Power provides important insights and anecdotes while maintaining her ideals. 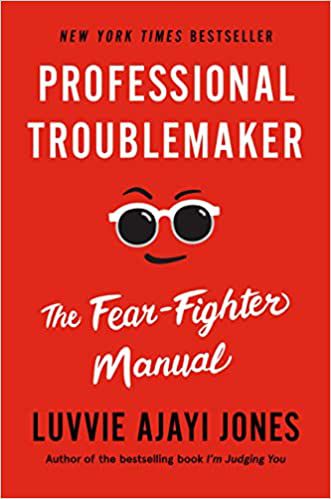 Jones dives into a topic that many leaders shy away from: fear. By proclaiming that “we’re all afraid,” Jones opens the topic and shows readers how by not allowing fear to dictate their actions, they’ll become real leaders. 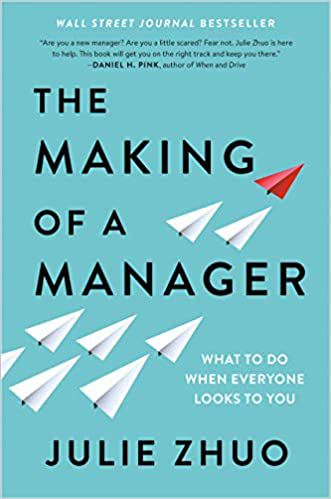 The Making of a Manager: What to Do When Everyone Looks to You by Julie Zhuo

Zhuo became a manager at the age of 25 and was suddenly faced with a litany of challenges she wasn’t prepared for. But after leading dozens of successful teams, she’s learned what works and what doesn’t. In this book, she provides a field guide for managers who want to be the leaders they wished they had. 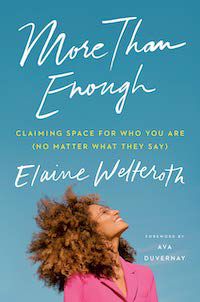 Welteroth’s book is an eclectic mix of memoir and manifesto. She’s had a revolutionary career as the editor of Teen Vogue, an accomplishment years in the making as she climbed the ranks of the fashion world. In this book, she breaks through the highlight reels to impart her experiences on what it was like to be a Black woman in the fashion world and how she learned to rely on herself to lead. 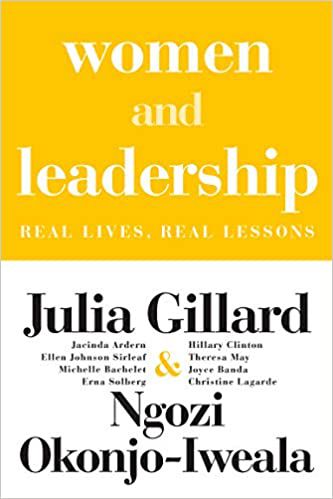 Gillard and Okonjo-Iweala are two successful women leaders who in Women and Leadership, impart their powerful ideas on how gender impacts how we perceive leaders. Women leaders are just perceived differently, and it’s up to us to understand how and why this happens so that we can pave the way for a new generation of women leaders. 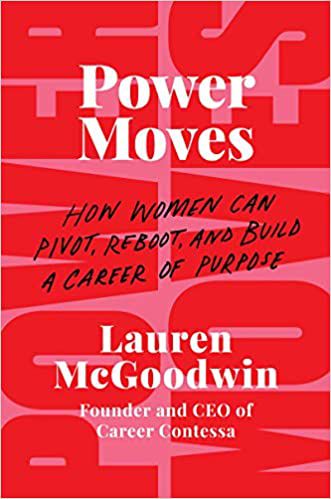 Power Moves: How Women Can Pivot, Reboot, and Build a Career of Purpose by Lauren McGoodwin

McGoodwin’s popular site Career Contessa is geared toward young, professional women who feel like they’re unfulfilled in their careers. Power Moves draws on Career Contessa’s years of advice and insights and provides readers with practical advice on career transitions and goal setting. All good leaders need to start somewhere, and building a strong career foundation is a great start. 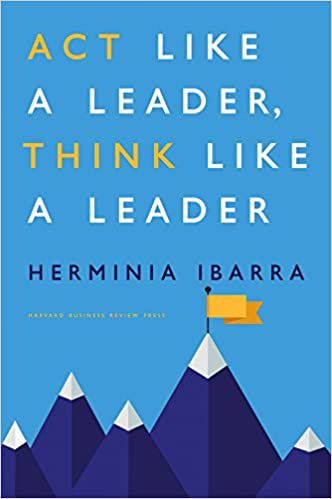 Ibarra is an expert on leadership and development and in this book, she teaches you how to level up as a leader. Her advice is time tested and practical and will cover everything from diversifying your network to evolving your leadership style. 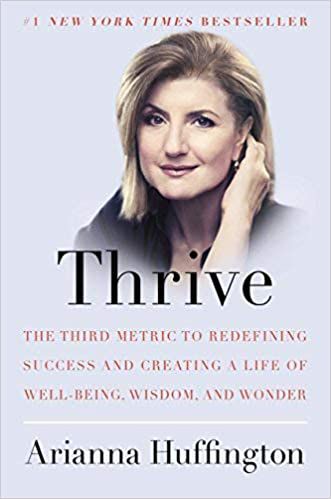 Thrive: The Third Metric to Redefining Success and Creating a Life of Well-Being, Wisdom, and Wonder by Arianna Huffington

Arianna Huffington really doesn’t need an introduction. In Thrive, she discusses how, despite her success as the cofounder and editor-in-chief of the Huffington Post Media Group, she found herself constantly exhausted and lacking sleep, making her wonder what was success really. This is a deeply personal book about the nature of success and how we might be thinking about it all wrong.

Brotopia: Breaking Up the Boys’ Club of Silicon Valley by Emily Chang

I included this last book because Elizabeth Holmes has been in the news, reigniting the conversation about how women must navigate work environments dominated by men, particularly in Silicon Valley. Although Holmes weaponized her gender, her story does shed light on the fact that there aren’t many women in positions of power in Silicon Valley. In this deep dive, Chang shows how Silicon Valley is built on a sexist system that prevents women from capitalizing in one of the richest corners of the planet.

Want to read more about leadership and management? Check out these top management books.