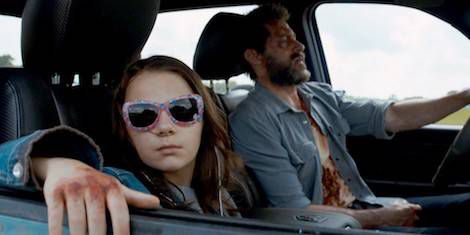 This is a guest post from Mallory Soto. Mallory has never met a saxophone solo she didn’t love. A short story writer, literary fiction enthusiast, and sidekick for life, she spends her days as an Editorial Assistant and Social Media Strategist in New York. Follow her on Twitter @yourtrustyalibi.

You can learn a decent amount about who a person is as a reader by finding out who their favorite superheroes are. More so when you dive into the whens, whys, and hows.

I could never really get through event comics, for example. I feel shortchanged when a character is in costume for the entire issue. Clark Kent, hard-hitting reporter and Lois Lane superfan, is a bigger deal to me than Superman ever was. I can’t take Batman or his billionaire persona on their own unless they’re packaged along with Bruce “I’ve Accidentally Let A Few Robins Die” Wayne. Hawkeye was just a less politically aggressive Green Arrow to me until Clint Barton switched up the superhero/sidekick dynamic by sharing the title with Kate Bishop, letting her work independently, and taking some time out to piece his life back together.

Bit of a buzzkill? Sure. All that weird? Not really.

Comic books aren’t so different. For a medium whose major players are nearly 100 years old, not a lot of them have aged past their 30s. Neither do most literary fiction protagonists.

That’s not for nothing. Break your life down into key moments and you may remember a flash of childhood, some teen years, and the cusp of adulthood. How is a standard Batman story framed? Dead parents at the age of 8. Martial arts training at the age of 17. Prowling the streets in an animal costume at around 25.

It’s because we need to see other people coping. And there is no coping quite like superheroes coping.

Pop a squat and let’s real talk about the ’90s X-Men cartoon. It was bad. It was real bad. ’90s X-Men was the perfect sugar high backdrop. ’90s X-Men is what you were watching while you accidentally broke a bedpost trying to suplex your little brother. Batman: The Animated Series, with its art deco backdrops, film noir aesthetic, and surprisingly complex storytelling was the show you had to impress. I couldn’t relax around Batman. He had standards. Now, X-Men? X-Men took you as you were. It was a buffet of wonky animation,  terrible costumes, and awful voice acting. (Rogue and Gambit’s romance isn’t a plot point. It’s an interactive art piece on sound and pain.)

Canonically a 5’4” hairy ball of anger issues, Wolverine was the team’s wildcard. He’s also what you got when you attached barbecue skewers to a running joke. He used his claws to slice sausage. His hair was permanently molded into the shape of his cowl. He had the voice of a man pretending to have a very deep voice. If he was real, he’d buy swords off of eBay.

He wasn’t exactly an aspirational figure for me, is what I’m saying.

But I couldn’t stop watching him.

The parts of me I saw in Wolverine were either things I didn’t want to look at or things that didn’t really mesh with the little Puerto Rican girl I was supposed to be. I was already chubby. My Spanish was already awful. I couldn’t afford to be a squat, gruff, little nerd on top of all that.

I didn’t know it was already too late. When I’d stopped growing past 5’0” at the age of 12 and my eyebrows went from fun emotional meters to forests of problems, I was more Wolverine than I’d ever be Batman.

And it was just the start.

I gave up on comic books in college. Like Wolverine, they were for that chubby little nerd whose heroes were fictional. I was set on becoming something different. Something great and maybe beautiful.

So I fasted, purged, hid meals, and keeping myself on a schedule that, between school, work, and the extras, started at 4 a.m. and ended around midnight.

I was the best at what I did, and what I did was a major bummer.

I could waste days talking circles around the whys of it, but to skip to the relevant part: I didn’t like me. I felt like there was something in me that needed to be contained. I was angry.

But I was thin.

High off of the adrenaline coursing through a body that was shutting down, only part of me knew that I was dying, and that part of me wanted it.

X-23, clone of Wolverine, was all those things too. Like Logan himself, her backstory is dark. Dehumanized, experimented on, and abused, X-23 is a character who starts from rock bottom. Her rock bottom just happens to involve a little super science.

The first time I saw Laura Kinney, experiment X-23, she was on the glossy cover of a volume of NYX. She was facing away from the would-be camera. She was crying. She had long hair. She was wearing a uniform not unlike my high school uniform. She was one of those unfortunate early-2000s goths that wore Ankh necklaces.

At her worst, Laura Kinney looked like me at my best. So I bought her comic.

And I loved it. For as much of an extended game of telephone between writers that comics are, it was heartening to see Laura grow steadily as a person. Because of her upbringing, Laura has to start with the basics. How to speak like a person. How to love like a person. How to be in a room and feel like she’s not unwanted.

On my slow journey back into the world of the living, Laura’s support group became my support group. The ridiculous combo of Gambit, Wolverine, and Jubilee worked for me. I loved them. They fought all the time, but they worked. They were, despite themselves, healthy. They were kind. Their problems hadn’t hardened them to the world, which is a feat for each of them. And over time Laura grew with them. She started having a defined personality.

She started cracking jokes now and then.

From an experiment meant to kill, Laura’s become a hero in her own right. She took up the mantle of Wolverine. She beat Robin to having an origin story play out in a movie that wasn’t a complete embarrassment.

Laura Kinney didn’t like what she was. She needed to be contained. She was angry.

She found a way to be better.

Years later, I’m still finding a way to be better.

She’s worth more to me than a lot of the heavy-hitting literary fiction protagonists on my shelves, and I love them. They just didn’t teach me what she did: You’re the best at what you do, but you don’t have to do it.