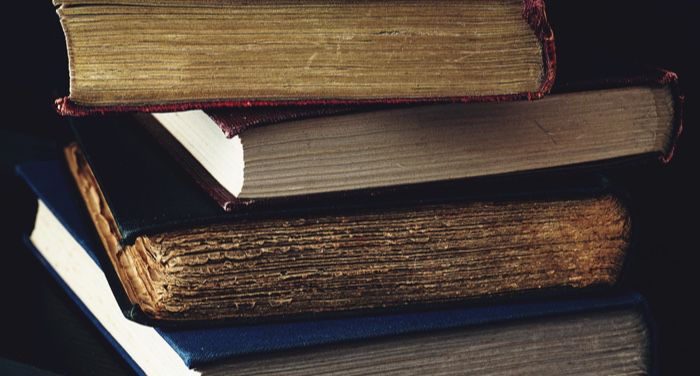 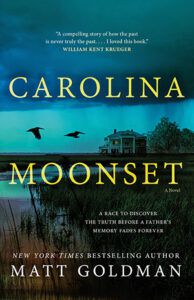 Joey Green has returned to Beaufort, South Carolina to look after his ailing father, who is succumbing to dementia. Marshall Green’s short-term memory has all but evaporated, but his oldest memories are vivid. His mind keeps retreating into long-ago yesterdays of growing up in Beaufort as a boy. At first this seems like a blessing, with the past providing a refuge from a shrinking future, but Joey grows increasingly anxious as his father’s hallucinatory arguments with figures from his youth begin to hint at deadly secrets, long buried and forgotten. Especially when a murder brings the police to his door...

Vancouver Public Library recently got rid of their late fines and, as is often the case when a library system abolishes or suspends its fines, lost books begin to make their way home. It isn’t uncommon, as the books have likely been kept to avoid paying late fees. Other times, the attached apologetic notes imply the books have just been forgotten inside a dust-coated box somewhere. Often, the notes are the best part of these lost library book stories, given that they come with booknappers’ earnest apologies.

And though library staff would rather you just return your books on time, we’ll take what we can — even happily accepting a return many years later. Below, I’ve compiled some of my favourite examples of lonely library books turning up 41 to 221 years after their due dates.

Two overdue books were returned to the system’s Fish Creek Branch in 2022. The books arrived with a very contrite apology note that read, “CPL, I am truly sorry these are late. I took them out in Grade 10 for research and never returned them on time. I imagine the contents are very out of date now, but I feel better having returned them. Thanks for your patience.” The books have not been in circulation for many years, but at least that patron will now know peace of mind.

Just days after VPL publicly announced they were going fine-free as of June 1, someone returned Harry Edward Neal’s book The Telescope to the system’s South Hill branch. The note attached said, “Very sorry, it’s a bit (50 years) late. But in very nice condition. Thank you!” Stamped inside the book’s cover is a notice warning “overdue fines five cents per day, effective Aug. 1, 1963”, and the due date card says “This book is due on the latest day stamped — April 20, 1966”. Wild. VPL posted this to their Twitter account, making it clear that they had no intention of charging the patron for this better-late-than-never return.

53 Years Late to The Paisley Central Library in Glasgow, Scotland

In 2021, the Paisley Central Library received their MIA copy of Mrs. Balbir Singh’s Indian Cookery. It was posted through the mail anonymously, complete with a £20 note and a letter that said, “Please accept my apologies for the late return of this book. Enclosed is a token payment in recognition of this oversight. Thank you.” The £20 was donated because the library system wasn’t charging late fines anymore. According to BBC News, “[The book] was loaned out in about 1968 although it is uncertain who borrowed it because lending records from this time are no longer available.”

In 1911, a copy of Kate Douglas Wiggin’s New Chronicles of Rebecca went out, but [insert dramatic music] it never came back. Until 2021, that is, when it turned up at Garden City Public Library. The book’s inserts showed it belonged to a branch of the Boise Public Library that has since closed, so Garden City returned it to Boise’s central branch. No patron information remains from the time, no note was left on the item, and so it all remains a mystery. The good news? The returned book was in great condition and well-maintained, so it’ll be a great collector’s item or a fun display.

In 2013, the Huffington Post recounted a story about one of the most overdue library books in history. Center College’s Grace Doherty Library received an unexpected return — the second volume of Charles Rollin’s Ancient Civilizations, published in ye olden days of 1828. The only clue to the book’s snatcher was a note tucked into the back. Handwritten and dated July 1854, the short blurb read, “From this date, I shall eat neither meat nor gravy.” Dude, just return your book on time, no need to be dramatic. All eight volumes of Ancient Civilizations disappeared long ago, and this recovered part is the only one that has found its way back.

And now, the celebrity scandal that rocked 2015 — George Washington didn’t always return his books on time. You can peruse a timeline of this sordid tale at The Week, but the short version is that, in 2010, archivist Matthew Haugen recovered the New York Society Library’s fourteen-volume collection of the Commons Debates. Except for one volume, twelve, was still missing. The patron who’d last borrowed the book? Soon after becoming president, George Washington checked it out on Oct. 5, 1789. In an interview, the head librarian of the New York Society Library said that “We’re not actively pursuing the overdue fines…But we would be very happy if we were able to get the books back.” Staff at George Washington’s Mount Vernon Estate heard the story and took that challenge on. Though they couldn’t find a copy in Washington’s possessions, they eventually located a copy online. They returned it to the New York Society Library and ta-da, all’s well that ends well.

If you enjoy these book mysteries with their happy endings, the longer versions of each story are worth digging into — plus, there are tons of others. And remember to return your library books!