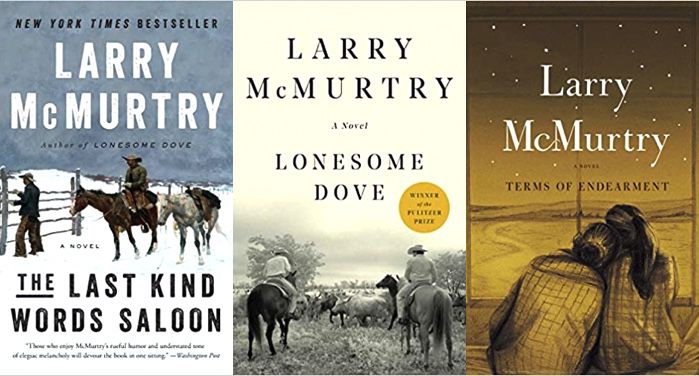 Larry McMurtry, the novelist who put the American West on the literary map through his works, best known for his Pulitzer Prize–winning novel Lonesome Dove, has died at the age of 84. The death was confirmed by Amanda Lundberg, a spokeswoman for the family. No cause was specified.

Spanning a career of over five decades, McMurtry wrote more than 30 novels including memoirs, short stories, and essays. He was also a prolific screenplay writer, including the acclaimed screenplay based on the Annie Proulx short story Brokeback Mountain. The film, starring Jake Gyllenhaal and Heath Ledger, won him an Academy Award in 2006 for Best Adapted Screenplay.

Larry McMurtry used his acceptance speech at the Academy Awards to thank booksellers everywhere. He is quoted as saying: “From the humblest paperback exchange to the masters of the great bookshops of the world, all are contributors to the survival of the culture of the book, a wonderful culture which we mustn’t lose.” He owned or managed over 20 bookstores in his lifetime.

McMurtry’s affiliation with the west came naturally to him and is one that is reflected in his works. He was born in Archer City, Texas, to a family of ranchers, with his grandfather breaking horses and his father raising cattle. He knew from early on that ranching was not for him. In his memoir, Books: A Memoir, he talks about his affinity towards books and stories from an early age. He mentions that his grandfather’s house for the first six years did not have books, but his family would sit on the front porch every night and tell stories.

It was this practice that then turned McMurtry into a beloved storyteller. Throughout his works, that range anywhere from 300 to 900 pages, his characters are the main drivers of the plot. His Houston series, which consists of six books, was written on and off over a period of 20 years, and each book focuses on the lives of a few characters as they traverse their way through the west. This series includes the acclaimed novel Terms of Endearment, which was brought to fame by its movie adaptation.

It is no surprise that McMurtry wrote stories that attracted the eyes of filmmakers to broadcast to a larger audience. This is a trait McMurtry himself was aware of and worked on. In an interview with NPR he said, “I can write characters that major actors want to play, and that’s how movies get made.”

His 1966 novel The Last Picture Show was made into a 1971 movie by writer-director Peter Bogdanovich and starring Jeff Bridges, garnering eight Academy Award nominations and two wins. His novel Terms of Endearment was also turned into a movie starring Shirley MacLaine, Debra Winger, and Jack Nicholson. The film gained 11 Academy Award nominations and won five of them. His Pulitzer Prize–winning novel Lonesome Dove was turned into a 1989 television miniseries starring Tommy Lee Jones and Robert Duvall. The series gained 18 Emmy nominations and seven Emmy wins.

Of his own work, McMurtry had different thoughts. In an interview, he stated that he had never seen the miniseries of Lonesome Dove, and finding the book “a pretty good book; it’s not a towering masterpiece.”

McMurtry couldn’t resist the appeal of the west. About it, he said, “They’re all those lovely spaces; they’re all those running horses. It’s poetic imagery and it’s been there for a long time.” But what he hoped to accomplish from his works is also to debunk the myth of the cowboy as a hero. In his book The Last Kind Words Saloon, McMurtry attempted to do just that by creating an unfiltered portrait of his two main protagonists, Wyatt Earp and Doc Holliday.

Towards the end, even though he never stopped writing, he turned towards more nonfiction. His memoir Books: A Memoir, published in 2008, was shortly followed by a second memoir called Literary Life: A Second Memoir in 2009. Some of his other nonfiction works include Walter Benjamin at the Dairy Queen: Reflections on Sixty and Beyond and Crazy Horse: A Life.

If you ask me, McMurtry was able to achieve what he set out to do, and also gave us characters to hold near and dear to our hearts. My favorite is Patsy from the book Moving On, his first in the Houston series, always living on the brink of wanting more from her life.

I will leave with a quote from Lonesome Dove: “If you want one thing too much it’s likely to be a disappointment. The healthy way is to learn to like the everyday things, like soft beds and buttermilk…” Too true, Mr. McMurtry. Too true.