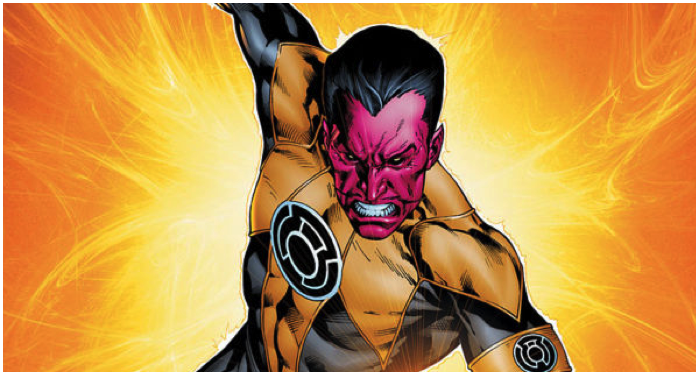 When the Green Lantern Corps was born in 1959, a new mythos came with it: that of the Malthusans, the oldest beings in existence. When their own planet was destroyed, the Malthusans migrated to Oa and began anew. Part of their reboot was to write The Book of Oa which contained (ominous vibrato) a prophesy that predicted each of the seven colors of the emotional spectrum (green, yellow, orange, white, red, blue, indigo, violet/Star Sapphire, and black) would be harnessed by a different group, a corps, if you will (and I know you did), who would eventually clash in the War of Light.

The most famous of these groups are probably the Green and Yellow Lanterns, with the latter sometimes being referred to as “The Sinestro Corps” after their most prominent leader to date. Even casual comics readers have likely also heard of the Red Lantern Corps, and anyone who watched the animated series met at least a few Star Sapphires, Oranges, and Blues. But, in honor of the first GL’s 80th anniversary, and to cut down on the confusion for new fans—and old fans returning to the fold—I thought I’d write a quick and handy guide to the Lanternverse.

We begin with the “Emotional Electromagnetic Spectrum.” Whomst among us has not wondered where feelings go when we’re done with them? I know I have had a few I wished would go away sooner, Emotional Electromagentic Spectrum take the wheel. Anyway. The Emotional Electromagnetic Spectrum is, at least in we-can-fly-around-in-space-tights-land, an energy field fed by the emotions of all living things. At some point in the way back, the Malthusans (now the Oans/Guardians of the Universe/Space Police Commissioners/giant egomaniacal space jerks) accidentally discovered they could channel the various sorts of energy created by this field. As one does, I guess? Like, “Sorry, I meant to nuke this space burrito but I accidentally discovered how to make anything I can imagine out of willpower which is cool but I still have the munchies.” As time passed, different successor species found themselves able to harness the different types of energy with the assistance of power rings and divided into Corps along those lines. Various Corps have assisted and/or fought one another at various times.

Only two beings have ever been able to harness the entire spectrum simultaneously: Krona, one of the Malthusans who originally discovered the ability to play with colors, and Kyle Rayner. Both were only able to do so for a moment and Rayner almost died in the attempt (alas, his fantastic abs were not enough to lend him the necessary immortality though I’d guess it was close).

Now for the details:

The Red Lanterns are fueled by rage and the Corps’s rings were formed using a blood ritual. Those who tap into rage are more likely to be controlled by the energy than they are to be able to control it. That doesn’t mean Red Lanterns aren’t responsible for what they do while under the influence; one has to choose to allow rage to take over to wield this Corps’s ring. One can come back from being a Red Lantern but it’s a long, difficult path, and it’s likely you’re going to have to admit to having done some pretty devastating things. 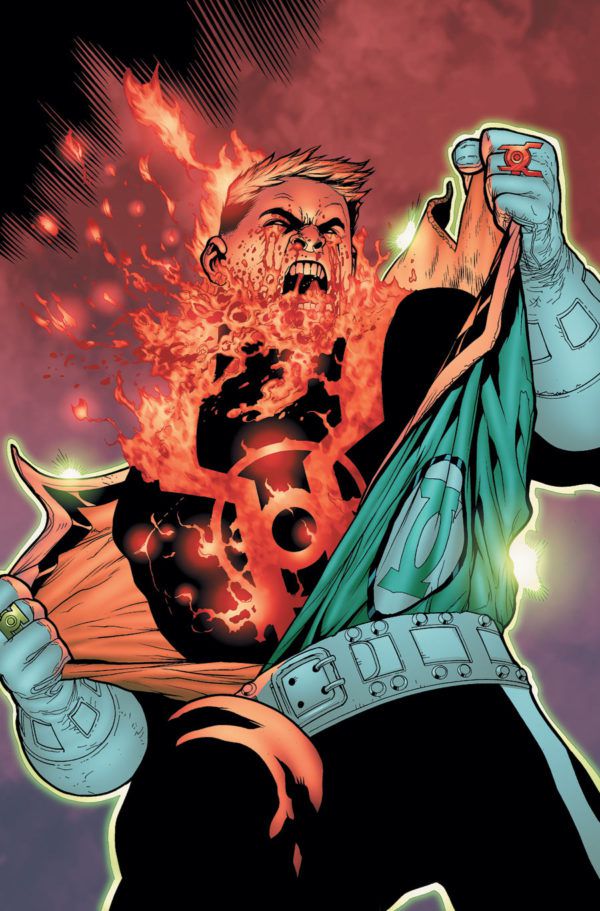 Orange Lanterns are driven be avarice, using greed as the impetus for their constructs. They are completely focused on acquiring what they want, whatever it is, no matter the cost. Orange Lanterns can steal the identities of those they murder and use their rings to create enslaved constructs of those beings.

Sometimes called the Sinestro Corps, the Yellow Lanterns use fear to fuel their powers; where most of the power rings use the emotions of their bearer, the yellow rings draw on the fear of others. The more fear a member of the Yellow Corps can create, the more powerful he becomes and the larger and more complex his constructs. 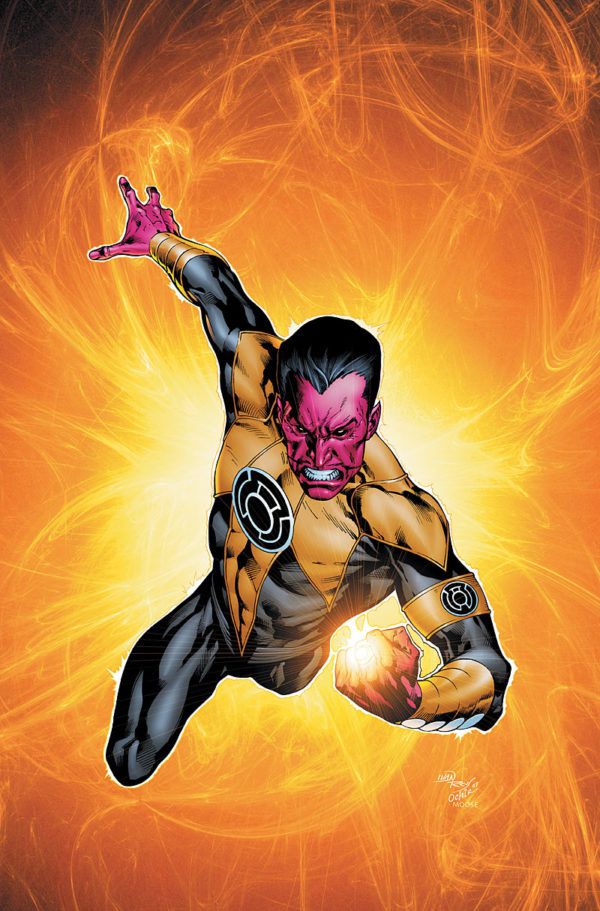 Green Lanterns are chosen for the strength of their wills. Green energy has the least control over its wielder. To be truly accepted into the Green Lantern Corps, a candidate has to prove they are able to overcome their greatest fear.

Blue is the color of hope in the Emotional Electromagnetic Spectrum and Blue Rings are given to those who bring hope for the future to others. It is the most powerful color but also the most difficult to master and needs Green nearby to reach its full potential. Blue can, however, drain Yellow rings of their power and suppress Red and Orange. 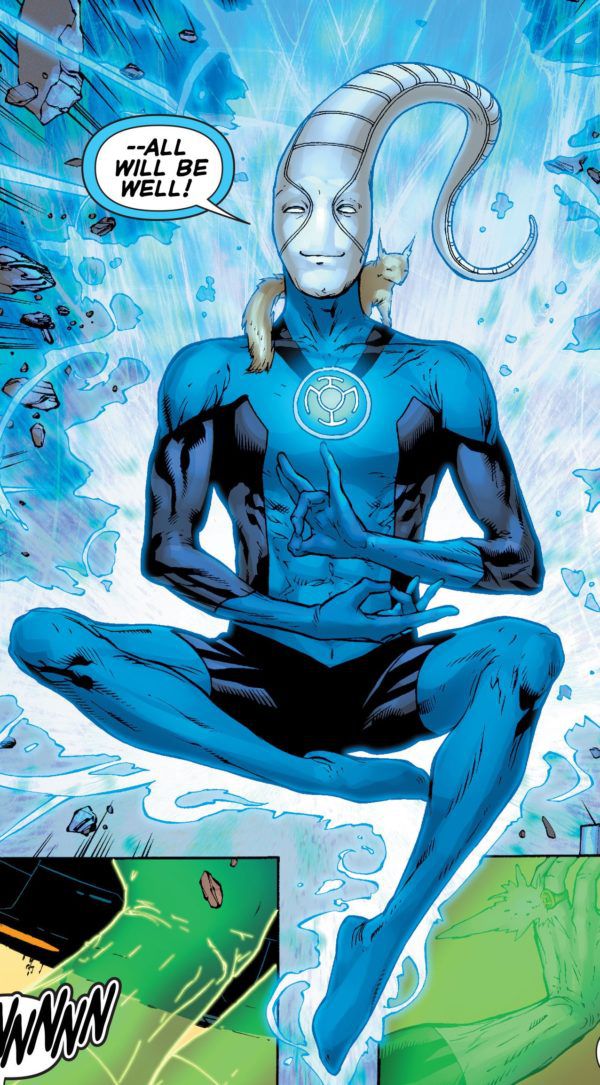 Compassion is double edged in the Lanternverse:  it can be used to heal but it can also be forced upon other beings, enslaving them. Those who wear Indigo Rings can take the power from other Lanterns and use it as though it were their own; they can, and often do, use this ability without permission.

Those capable of great love, who have died for love, or who have had love taken from them can use Violet Rings. Unlike the other Corps, the Star Sapphires were founded by the Zamarons, who disagreed with the male Malthusans’ rejection of emotion and left Oa. During their travels, they found the crystalized corpses of a male and female beings embracing and harnessed the violet light inside the crystals. Their goal is to spread love but they do so by crystalizing whole worlds and trapping the inhabitants. As it turns out, the original Star Sapphire (the light inside the crystal—don’t mess with corpses, kids) was also a parasite that induced the Zamarons and their successors to attack their own objects of affection and to fear men. Interesting that this group was first introduced in 1947, juuuuust post- WWII when women were being yanked out of the work force and sent home to reassume subservient domestic roles. 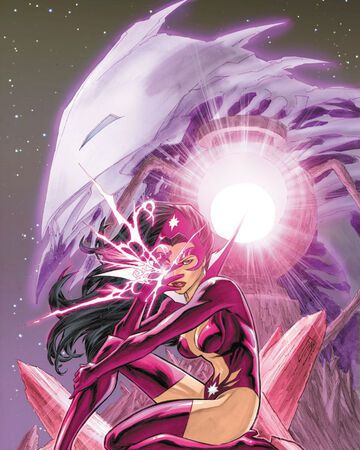 The universe began in darkness and then came the white light which, after a 700 year battle, divided into the colors of the Emotional Spectrum. Those who wield the pure and original color can resurrect the dead, teleport, and create constructs that last longer than those created by other energies. White rings are controlled by the Life Energy rather than by those who wear them, and don’t need to be charged via Lantern Battery; they’re charged whenever the bearer does something that constitutes “living.”

Black does not appear on the Emotional Spectrum because it is the absence of color, the shade of death. Those dead, or formerly dead (this being comics), can become Black Lanterns.

Gold is a brand-spanking-new Lantern color introduced in Legion of Superheroes #6, wearing both a Power Ring and a Legion of Flight Ring. We don’t know his story yet, but I’m sure we’ll find out. 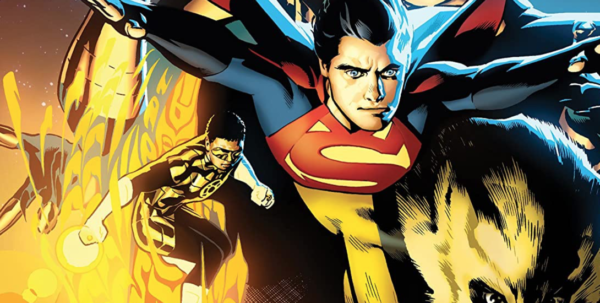 There you have it. Which Ring would you choose? Not quite as easy as it seems at first glance, is it? And we didn’t even get into the activation vows you have to shove into your brain…Kyle must have a really good memory.