Thinking back on my slog through the Los Angeles Unified School District, there were a very few realities that kept me moving forward. One reality was that high school would eventually end. The number two bright spot illuminating my way through high school was the extraordinary literature I was being introduced to by some truly great English teachers. In seventh grade, along with Greek myths and a few Dorothy Parker stories, thankfully Langston Hughes poems were on the teaching plan. 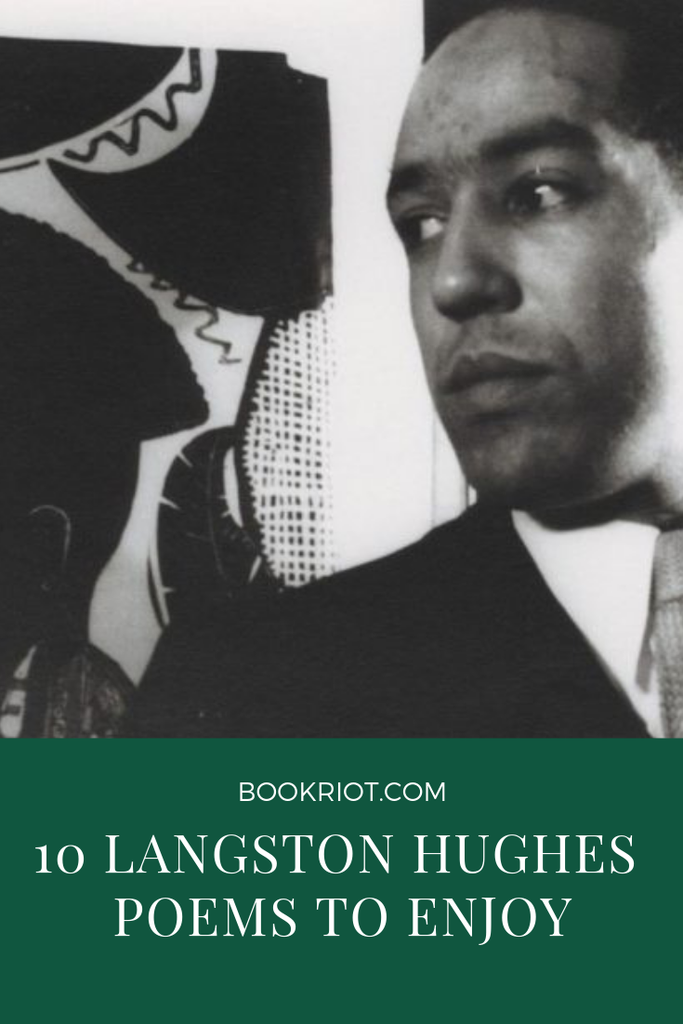 Who was Langston Hughes?

Langston Hughes was the chronicler of African American life in Harlem, New York City, from the 1920s through the 1960s. Hughes set out to portray the stories of African-American life that represented their actual culture—including the piercing heartbreak and the joy of everyday life in Harlem.

Hughes listed Paul Laurence Dunbar, Carl Sandburg, and Walt Whitman as his poetic influences, but the influence of jazz also found its way into Hughes’s work. Hughes’s recurring images and his innovative phrasing helped shape the Harlem Renaissance of the 1920s: that time of tremendous creativity when African American arts flourished with Langston Hughes, Countee Cullen, and Zora Neale Hurston, among others.

The night is beautiful,


So the faces of my people.

The stars are beautiful,
So the eyes of my people.

This is for the kids who die,
Black and white,
For kids will die certainly.
The old and rich will live on awhile,
As  Always,
Eating blood and gold,
Letting kids die.

The calm,
Cool face of the river
Asked me for a kiss.

When Susanna Jones wears red
Her face is like an ancient cameo
Turned brown by the ages.

Come with a blast of trumpets,
Jesus!

Hold fast to dreams
For if dreams die
Life is a broken-winged bird
That cannot fly.

Looks like what drives me crazy
Don’t have no effects on you—
But I’m gonna keep on at it
Till it drives you crazy, too.

I am the American heartbreak—
Rock on which Freedom
Stumps its toe—
The great mistake
That Jamestown
Made long ago.

What happens to a dream deferred?

Does it dry up
like a raisin in the sun?
Or fester like a sore—
And then run?

The Negro Speaks of Rivers
(To W.E.B. DuBois) (excerpt)

Theme for English B (excerpt)

Go home and write
a page tonight.
And let that page come out of you—
Then, it will be true.

I wonder if it’s that simple?
I am twenty-two, colored, born in Winston-Salem.
I went to school there, then Durham, then here
to this college on the hill above Harlem.
I am the only colored student in my class.

The work of Langston Hughes is in the public domain if you want to read more.