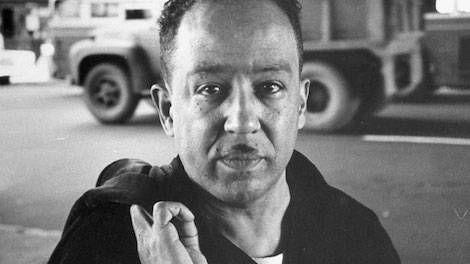 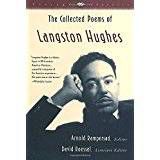 Poet of the Harlem Renaissance, and wide-travelling writer, Langston Hughes is known as one of the most recognizable poets of U.S. origin. He left behind a massive body of work (like  The Collected Poems of Langston Hughes,) and had a hugely influential voice in African American literature.

While an absolute staple of poetry education, Hughes has had a massive influence on writers.

Martin Luther King‘s “I Have a Dream Speech” was partially inspired by Langston Hughes’s poem “Dream Deferred.” W. Jason Miller noticed this deep connection between the two writers. You can hear Hughes read this poem here.

What happens to a dream deferred/ Does it dry up like a raisin in the sun?

And there you have it– the inspiration for the title of Hansberry’s famous play, A Raisin in the Sun. This was an important piece from 1959 about a black family in Chicago. 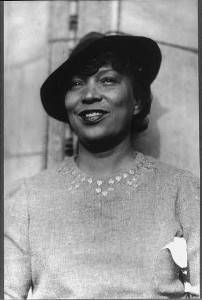 Zora Neale Hurston, writer of Their Eyes Were Watching God, was part of the Harlem Renaissance with Hughes and she produced Fire!!, a literary journal, along with him. These two shared similar views of black identity, and would help to shape the writing of the Renaissance and the future of literature since both continued their work into the 1940’s. All of this is according to this fantastic article from Carrie D. Wintz.

Yusef Komunyaaka, Sonia Sanchez, Jack Kerouac and other jazz poets felt Hughes’s awesome influence since he focused on jazz patterns in his writing and commonly read his poetry with jazz accompaniment. The concept of speaking over jazz then changed music, music genres and how we look at lyrics. Check out Hughes reading his work with jazz music alongside him.

Every reader has been influenced by Hughes somehow. What’s fantastic about movements like the Harlem Renaissance and Hughes’s work is the great net of influence he cast out during and after his career. It continues after his death as readers and writers read his work, as musicians consider his words, and as school children read and listened to “I Have A Dream.” There’s so much power that can come from a man with a message. Hughes sparked so much of writing culture we simply accept now. Send some love in your thoughts his way today.