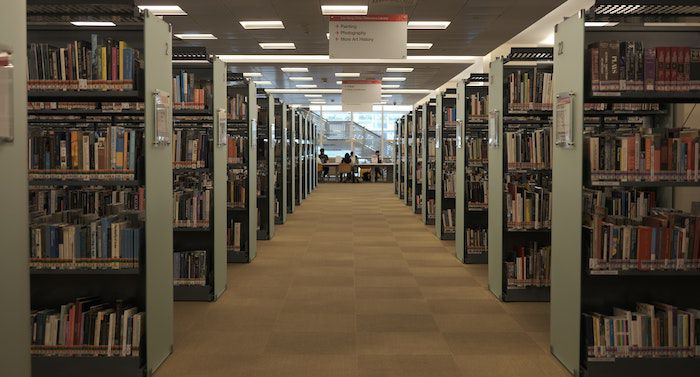 In Book Riot’s anti-censorship coverage, we’ve mentioned Lafayette, Louisiana several times, from its library board granting itself the power to ban books to its new policy forbidding any “cultural displays,” which prevents any Pride book displays as well as displays about Black History Month and more.

Cara Chance is the North Regional Library Branch Manager in the Lafayette library system, and she has spoken out against these policies, particularly regarding bans of LGBTQ materials. She also put up a three-sided display of teen romance novels in June: one general display, one with titles that had been adapted into movies, and one featuring LGBTQ teen romances.

In a board meeting about Pride displays, Chance said that board members can tell LGBTQ residents that they are not allowed to be represented at the library, but that she will not: “that discrimination rests squarely on your shoulders.”

The library board has accused her of “insubordination” and “willfully defying” the Library Director’s ban on cultural book displays, though it could be argued that an entirely heterosexual book display would also be against the policy, since it would be representing a specific population.

Lafayette community members, led by Lafayette Citizens Against Censorship, rallied around Chance and defended her First Amendment right to voice her opinion about these policies.

The Founder of Lafayette Citizens Against Censorship, Lynette Mejía, said, “Cara is a beloved Librarian, and she has made an impact not just within the library itself but with families, school children. Generations of people have come through the doors of her library and enjoyed her programming, and they remember that.”

There was a large showing of supporters of Chance at the meeting and who made their opinions known beforehand through contacting the board.

One of the speakers told the board, “This isn’t about neutrality. This is very much about erasing all facets of LGBTQ representation from our government, and you should be ashamed of yourselves.”

The board ultimately decided to table the decision, to be revisited in an August meeting. Some community members feel that this is a tactic to try to fire Chance when there is less attention on the board, but they have promised to keep showing up to support her.

To learn how to fight against book bans and censorship in your own community, check out our anti-censorship tool kit, and stay informed by signing up for our Literary Activism newsletter.