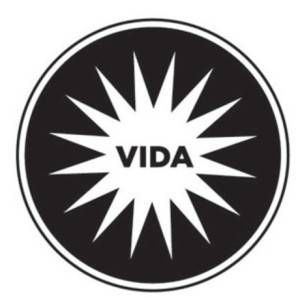 Last week’s release of the annual VIDA count highlighted yet again that the influential review world favors male authors and bylines. It comes as no surprise.

What jumps out every year, though, are those journals that do a better job improving their counts to be closer to a 50/50 male/female ratio. VIDA points out that in 2013, The Paris Review and The New York Times Book Review both improved their counts closer to parity, while journals like Tin House, Poetry, Boston Review, Ninth Letter, and Conjunctions offered equal time to writers of both genders or swayed in favor of females. If you’re eager for more data and gender breakdowns, the numbers from Publishers Marketplace of daily and weekly publications is worth exploring as well.

Just one day after the VIDA counts were released, the Washington Post offered an interesting response, discussing how more female authors have had their books chosen as finalists, long listed titles, or winners of the National Book Awards (NBA). The numbers are eye-opening and encouraging for sure: in the 1950s, over 80% of the NBA titles were written by men, and by the 2010s, the percentage has shifted so that titles by women slightly eke out men at just over 50%.

While the numbers are fascinating, so is the headline: “Over 60 years, women have made steady progress with the National Book Awards.” The executive director of the NBAs was asked why he thought it might be that women’s writing has appeared more frequently on the NBA slate in recent decades, and while he doesn’t speculate — a choice which makes sense since there are many factors for why this may be — he said he’s definitely encouraged by the steady progress of women.

It’s not the women who “have made steady progress.”

In no way is the fact that work by women is showing up more frequently on the NBA list or in the Paris Review or in Tin House a reflection of improvement or progress in the women’s work. It’s not the work of the NBA to pat those women on the back and tell them congratulations, that their work is finally good enough to be par with the work of men. It’s an excellent, worthwhile observation to make about this facet of literary history that women have earned equal — even a little beyond equal — representation in NBA recognition, but it’s in no way indicative of the quality of women doing the work, nor is it indicative of the quality of the work itself. It’s indicative instead of an industry, and perhaps NBA committees, paying more attention to work that has always been overlooked, underappreciated, and under marketed.

The National Book Awards receive their submissions for consideration from the publishers, who pay a $125 fee for each title they submit. In the grand scheme of things, it’s a small fee, but it is a fee and it’s a guarantee of consideration. Literary magazines and journals, as explored by the VIDA count, tend to receive books unsolicited, or the books are sought out by the editors, and there’s not cash exchanged and also no guarantee of consideration. The selection process of each is different, as one relies solely on publishers, while the other is affected by publishers’ and editors’ choices.

The work that VIDA does in counting every year is important not only because it calls attention to those journals which are improving their gender parity and calls out those which aren’t. It’s also important because it brings attention to the larger, more problematic systems in place that aren’t as noticeable without the numeric data.

Women’s work has always been awesome, just as the work written by people of color, minorities, and other classes of people who aren’t white men has been. The work of white men has been awesome, too, but it has benefitted from a system where their work has been assumed awesome, rather than graciously granted the chance to be awesome. The NBA improvements are, perhaps, in part because that fee guarantees that certain books are read and considered. That they have an equal place at the table.

So let’s keep going. Let’s keep talking about the great work of women and people of color, and let’s call it that. Let’s also continue to call out the places that aren’t doing their part to show the wide and vast literary landscape populated by awesome everywhere, rather than in just a few spaces. Because the more we push, the more we put the pressure on the gates, and the more those gates have to answer for.