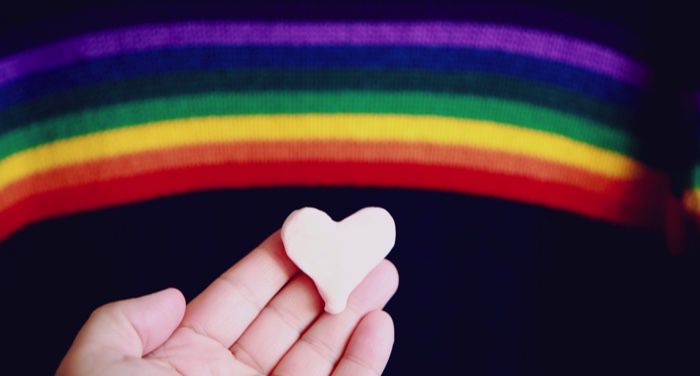 Four years ago, I wrote a post called The Problem with #OwnVoices LGBTQ Lit. At the time, the #OwnVoices hashtag was still fairly new, and I hadn’t seen a lot of criticism about it. In that post, I talked about some of the complications with using #OwnVoices to describe LGBTQ books, and where that can get messy. Recently, I’ve seen a lot more criticism of this hashtag, especially now that it’s being used as a marketing term. While I stand by the points I made in my original post, I find myself wanting to defend this label as well.

The recent criticism around labelling LGBTQ #OwnVoices books has mostly concerned authors being pressured to come out to market their book, or being denied a book deal when they aren’t #OwnVoices — because they are exploring their identity, closeted, or have an overlapping but not identical identity. There are some infuriating stories about this, and it’s a symbol of how publishers continue to pit marginalized authors against each other instead of publishing a wide range of voices.

While there are some issues worth discussing in how the #OwnVoices label is applied, I don’t think we should write it off so easily. The truth is, there’s a reason it was created in the first place and why it’s continued to be used (outside of marketing): there are a lot of readers who are looking for #OwnVoices stories. It serves a couple of purposes. For readers outside of that community, it’s a good start to reading those narratives. If I want to learn more about a culture, community, identity, etc, I want to read the books that are that community’s own representation of themselves, not filtered though someone else’s perspective.

The other reason I see readers looking for #OwnVoices LGBTQ books is because they’ve been burned before. Many queer readers have already stumbled on harmful representation in books from a cis/het/allo perspective. Even within the queer community, there are nuances that may be difficult for other groups to notice: for instance, gay writers can still write biphobia into their books, or cissexism, or asexual erasure. Getting rid of the #OwnVoices label might be helpful for authors, but it doesn’t address readers’ concerns.

When I first started to keep track of the authors of color I was reading, I ran into a roadblock: authors don’t usually state their race in their bios. It then becomes a gross-feeling research project to try to guess, including trying to decide who “counts” as an author of color. Early on, I ran into a comment that said something to the effect of, “If you’re not sure if an author ‘counts,’ isn’t that defeating the point? Isn’t the whole purpose to support authors who are experiencing the most marginalization?” That really shifted my perspective. I want to read a diversity of authors, but that doesn’t mean trying to find out who “counts,” it means erring on the side of reading the most marginalized authors. If I was prioritizing reading women authors, I would rather concentrated on women writing under their own names and author photos versus someone writing under gender-neutral initials and not including a bio photo. Both are women authors, but one doesn’t have to face the same amount of sexism head-on in the industry.

This is all messy and uncomfortable, but if the alternative is to stop paying attention and continue to passively consume whatever publishers advertise the most, I think it’s worth it. So, speaking of messy and uncomfortable: yes, coming out is risky. It’s difficult. It takes time to explore your own identity, and it’s vulnerable to announce it to the world. Sometimes it’s not safe, and sometimes it’s just no one’s business. At the same time, that risk is exactly why we should be supporting out authors. I’m not saying that only #OwnVoices LGBTQ books should be published, but I think it’s valid for readers to want to support them.

On the other side of that equation, supporting out queer authors isn’t the same as supporting #OwnVoices LGBTQ books: queer and trans authors should also be able to write cis/allo/het books. But, to waffle again, there are good reasons queer readers might not want to read those books. Queer authors shouldn’t have readers tweet their disapproval of them writing cis/allo/het books, but queer readers also don’t have to read those books.

To recap: the labelling of #OwnVoices LGBTQ books addressed a reader problem. Getting rid of this label may fix authors’ problems with it, but where does it leave readers looking for queer books from an inside perspective?