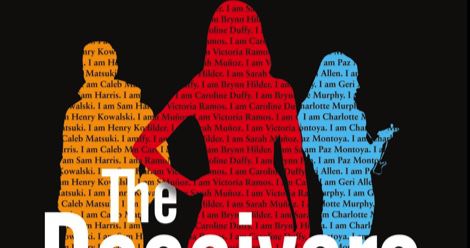 Brynn spends her days studying and running scams so that she can pay for college. It beats cleaning floors or dealing with the drug lord her mother is dating. Her latest scam grabs a recruiter’s attention, and Brynn finds herself in a school for con artists called Vale Hall. Soon she wonders if she’s actually being trained to con, however, or used as a pawn in a grander scheme. 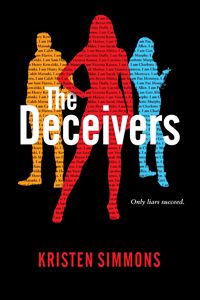 Kristen Simmons has previously written the dystopian ARTICLE 5 series. She’s built careers as a therapist and Jazzercise instructor. The Deceivers is the first book in a trilogy about Vale Hall.

Priya Sridhar: Our protagonist Brynn is someone working hard to get out of a bad situation, and the acknowledgements say the inspiration was the story of Brynhildr. What did you like best about the Norse mythology?

Kristen Simmons: Badass warrior women! The valkyries have always been so interesting to me, and the idea of Odin, god of gods, sending them out to collect the souls of fallen soldiers for one final, apocalyptic showdown, has always felt so epic. I wanted to capture the spirit of the valkyries in a modern-day warrior, a girl who has to fight for everything she has, which meant updating and tweaking the myth. In my story, Dr. Odin is a school director who sends his students out to gather blackmail, and return it to Vale Hall (opposed to Valhalla) for the final battle against corruption.

PS: One argument Brynn makes for a con is that exchanging money on the street is technically legal, without any receipts that the person is getting scammed. What do you think?

KS: Well…Brynn operates under some pretty morally gray standards, but sometimes getting what you need means breaking a few unspoken contracts. As she gets to Vale Hall, she’ll realize a lot of bad things have to happen to accomplish good. Personally, I wouldn’t advise this type of behavior (nor would I appreciate it being done to me!), but we all do questionable things when our backs are against the wall.

PS: How was writing The Deceivers different from writing The Glass Arrow, a post-apocalyptic tale?

KS: The biggest difference was the contemporary setting. THE DECEIVERS is set now, in a world much like our own. The problems Brynn deals with—from her high school not offering the kinds of classes she needs to get into the college she wants, to domestic violence, to drugs, gangs, and political corruption—will feel familiar to readers. That said, both THE GLASS ARROW and THE DECEIVERS provided ways for me to process things I see going on in the real world. Sci-fi was the lens I used to make sense of issues like misogyny and violence against women in THE GLASS ARROW. In my current book, that veil is stripped away. Brynn’s story is more raw and immediate in some ways because of that.

PS: What was your favorite (non-spoilery) con to write about in the book?

KS: The book opens with Brynn running a ticket scam (reprinting tickets and then selling the duplicates at a “special price”), and she plays a pretty funny conning game involving licorice, but I think one of my favorite non-spoilery moments is when she has to run a long con: convince her assigned mark, a senator’s son, to share his deepest secrets. In order to gain his trust, she involves him in a second layer of scamming in which she challenges him to steal items of certain colors off strangers. There’s so much lying involved, it’s hard to remember who’s playing who!

PS: What do you think of Grayson Sterling? Is he just a pawn? Or someone who can find agency for his actions?

KS: Well, I may be biased, but I love Grayson Sterling. The senator’s son has a fast car, a fast temper, and a metric ton of secrets, but he trusts Brynn…at least a little. The give and take between them was really fun to write, and he’ll leave a lasting mark on Brynn not just in this book, but through the rest of the series.

PS: YA con stories are fun to read. What advice do you have for readers that want to write a con story?

KS: Read about con artists! There are A LOT of them out there, and some great, twisty stories that aren’t fiction at all! I read about all sorts of cons, and even tried a few scams out (on people I know who are very forgiving). Turns out I’m not a very good hustler. Ha!

PS: What upcoming works can we expect from you?

KS: THE DECEIVERS is the first in a trilogy, so you can expect two more coming soon! (I’ve just finished the third—they were THAT fun to write! I couldn’t stop!) I also have a fantasy series beginning in 2020 that I cowrote with the amazing Sara Raasch (SNOW LIKE ASHES, THESE REBEL WAVES), which is about magical gladiators in an ancient Rome inspired world. I am tremendously excited for both series!