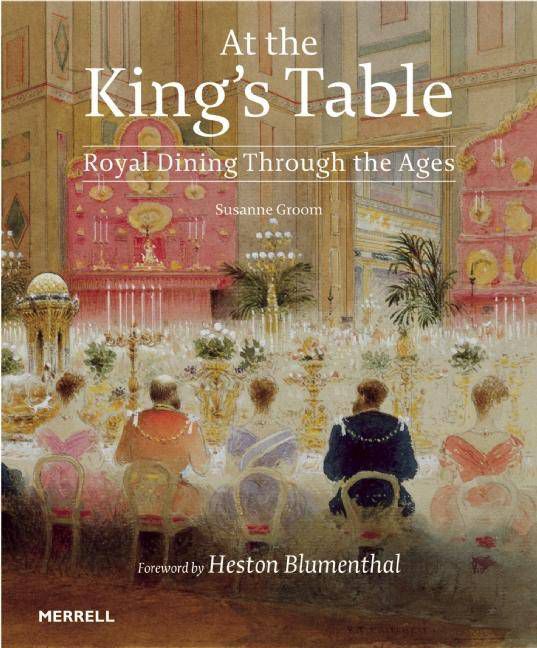 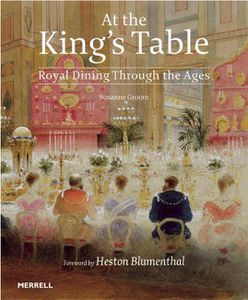 You know something, with your punch bowls of gin-based drinks called Mother’s Ruin and cookie swap parties and brie baked en croute, but…the European kings and their entourages knew how to blow Gatsby stratospherically out of his tennis whites.

They ate porpoises and peacocks. The ate elaborate spun-sugar sculptures that were 4 feet high and architectural, with crenellations. They ate marzipan cathedrals off gold plate. They ate swans. And that was the 17th century; there is more recent extravagance too. Did you see Kate Middleton’s wedding cake?

In a fascinating/terrifying photograph former French president Francois Mitterand and his advisors are captured “at their last great meal” with white linen napkins draped over their heads to capture the atoms of the aromas lifting off their plates of ortolans. That is, tiny songbirds. “Which are drowned in brandy before being roasted.” Drowned in brandy. Is there no end to the French?

The English had little people popping out of pies. They had entre-course entertainments called subtleties that were anything but. During the reign of King James, a morality play was put on, but James was a notorious boozer, and the women playing Prudence, Charity, and Temperance got so drunk they had to move on to dessert, playless.

So at your next dinner party in the New Year, when everyone is feeling temperate and cuisine minceur-ish and resolved, think of the “king of cooks” Antonin Careme, chef for George IV who said to Careme, “You will kill me with so much food.” To which Careme replied, “It is my job to stimulated your appetite; it is not my job to restrain it.”