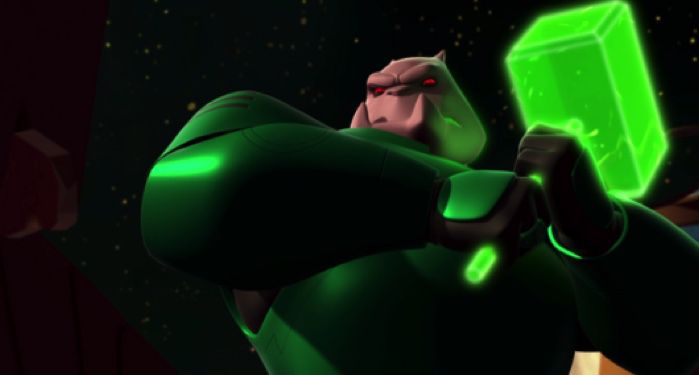 B-list comics villains, especially those with roots in the DC mythos, have enjoyed a renaissance since the advent of The CW’s Arrowverse. Their presence has been particularly notable on The Flash, where not only have we been treated to a revival of Mark Hamill’s Trickster and the cerebrally enhanced Gorilla Grodd, but a storyline that made King Shark, of all characters, relevant again. 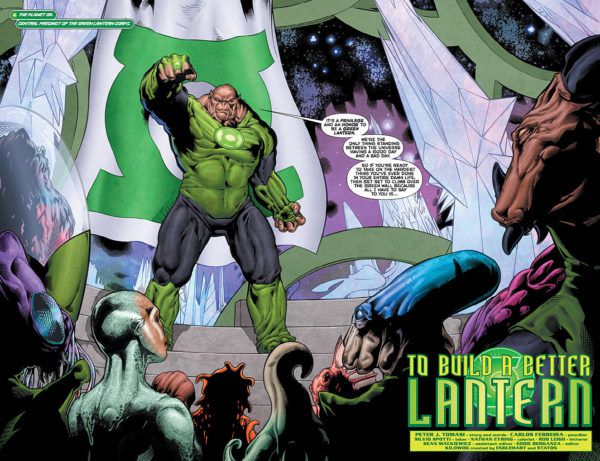 2020 also happens to be a year in which several DC characters are celebrating the 80th anniversaries of their first appearances: we’ve already celebrated Robin (both the first Robin, Dick Grayson, and the inauguration of the designation as a legacy title) and Catwoman (the one and only). Apologies to Hawkgirl whose milestone occurred right before the world went to Apokilips and thus, passed unremarked.

Next to hit the milestone is Green Lantern who made his first appearance in All-American Comics #16 (July, 1940). Like Robin, Green Lantern has become legacy title though the first person to use the title wasn’t a member of the Corps (we’ll get there). The mythos has evolved over time and now, when a Green Lantern dies, their ring finds a worthy successor and calls dibs. Because there are many Green Lantern rings, each ring bearer joins the Corps (essentially a space police force) rather than carrying the name individually. Various Lanterns fly around doing various Lantern things and sometimes they hang out on Oa, a rockin’ planet/police station, so the Guardians, AKAspace police commissioners, can yell at them.

Which, friends, is all a very long way of saying, please meet Kilowog of Bolovax Vik. 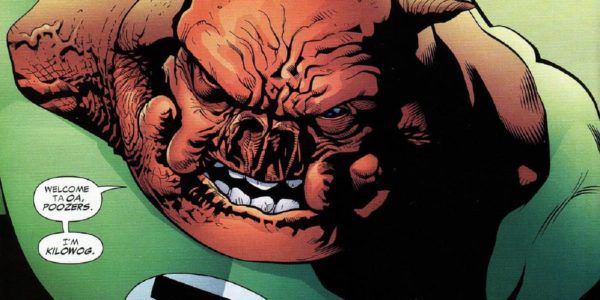 Some claim this massive being looks like a cross between a pig and a bulldog, but I think he bears a striking resemblance to a pink hippo. Kilowog is the Lantern from Bolovax Vik, a brilliant scientist who accepted sector 674’s Green Lantern ring from his predecessor even though leaving the planet was tantamount to exile from his people’s collective consciousness. After one-time Green Lantern turned one of the Corps biggest bads Sinestro murdered Kilowog’s first mentor, R. Lee Ermey, Kilowog took over his duties as one of the primary drill sergeant and has trained many of the most famous Green Lanterns including Hal Jordan.

In possession of huge amounts of raw power, and one of the strongest wills in the Corps, Kilowog was able to preserve all 16 billion life energies from his planet in his ring when Bolovax Vik was destroyed during Crisis on Infinite Earths until he found them a new home, though his victory was short lived; Sinestro reappeared to take Kilowog’s people from him as well. The Green Lantern Corps lost thousands in Crisis and in its aftermath. Adrift and no longer confined to the sectors set by the Guardians of Oa, each Lantern went where they wished.

Kilowog went to Earth, choosing to spend time in the Soviet Union as its socialism was the closest he could find to that of Bolovax Vik. Taking up his former profession as a geneticist, Kilowog worked with Soviet scientists on the Red Rocket Brigade Project, a fusion of genetics and tech that produced hybrid super soldiers. Several Red Rockets would go on to join the Justice League, as would Kilowog (at Guy Gardener’s invitation).

Kilowog was the last Green Lantern to stand against a Parallax-possessed Hal Jordan, and after his death he was raised first as a Dark Lantern bent on vengeance but later fully resurrected by Kyle Rayner and Ganthet. When the Corps was rebuilt, he was given a new ring and reclaimed his old position as teacher and mentor for new Lanterns.

Kilowog was a little bit more of a rebel in the New 52 continuity, part of the team that broke John Stewart out of prison after he was sentenced to death by the Alpha Lanterns. He participated in the rebellion to overthrow the Guardians and, despite knowing the danger using the rings presented to the universe, volunteered to fight against the New Gods when they threatened all ring bearers.

Kilowog features prominently on Green Lantern: The Animated Series, which is only one of many reasons it is wholly delightful and also causes feelings.

B List Bonanza will be featuring a different Lantern every week through the end of June in preparation for the 80th. They won’t all be green, and only some of them will be animated.