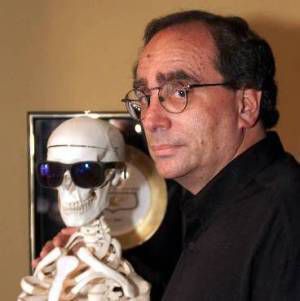 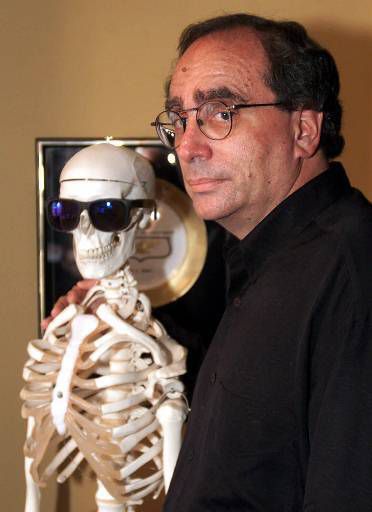 You probably know R.L. Stine as the wildly influential tween scare factory and creator of countless delicious teen gorefests—central to my own adolescence, to be sure—but I bet you didn’t know he’s also hilarious, charming, self-deprecating, and a really nice guy. I was lucky enough to get to ask him a few questions before his recent event at McNally Jackson Books in New York celebrating the re-launch of the legendary Fear Street series (the first of the new books,  Party Games, is out now). Yes, my thirteen-year-old self totally freaking died. Luckily, my grown-up self more or less kept it together.

Sarah: What brought about the revival of the Fear Street series?

R.L. Stine: I wrote 80 Fear Street books back in the eighties and nineties and killed off a lot of teenagers. I thought, “Maybe I’ve killed off enough teenagers.” But you never kill off enough teenagers, right? [laughter] I haven’t written one of these in twenty years, but thanks to Kat [Brzozowski, Stine’s editor at Thomas Dunne Books] we’re bringing it back and I’m going to do a bunch of new ones.

Sarah: Kat reached out to you, right?

R.L. Stine: This all happened because of Twitter. I’m on Twitter all day because it’s a great way to keep in touch with all my original readers from the nineties. It’s just wonderful for me to get to talk to my old audience. I was getting dozens of comments, people saying, “Please bring back Fear Street, we love Fear Street!” So I thought, “Well, okay, we’ll listen to them.” We went to the original publisher, Simon and Schuster, and said “Would you like to do some new Fear Streets,” and they said, “We have 80 of them. We don’t need any more.” [laughs] I decided to be more honest than usual, and I went on Twitter and I said, “I know a lot of you have been asking for Fear Street books, but I’m really sorry, there aren’t going to be any more, because no publisher wants them.” And ten minutes later I get a tweet from Kat, who says, “I love Fear Street, I’m an editor at St. Martin’s, let’s talk.” So we had lunch and she signed up six more. All because of Twitter. That’s a nice story, right?

Sarah: That’s a fantastic story. So do you have, like, a graph for how many more teenagers are going to die? How do you figure out your teenager death ratio?

R.L. Stine: I’m sort of spontaneous about it.

Sarah: I see. I thought I might ask you for some advice, while we’re here.

Sarah: So if I have a friend who’s writing horror stories, and they start coming true, and I’m afraid for my safety because everyone around me is dying, but I want to support her dream of becoming a writer—what should I do?

R.L. Stine: Well, I would stay away from this friend. That’s an excellent horror plot. If you’re living it, well… [pause] I’ve probably written that.

Sarah: You did, yeah. That’s one of the very early Fear Street books.

R.L. Stine: [laughing] Are you testing me?

Sarah: No! I just think that would be a difficult situation for a young person.

R.L. Stine: My advice is always the same: Run! That’s my advice.

Sarah: But your characters don’t always do that.

Sarah and R.L. Stine [simultaneously]: Because that would be a very short book. [laughter]

Sarah: What’s most exciting to you about restarting the series?

R.L. Stine: I always enjoyed it, and I have haven’t written YA in a long time, and it’s fun to write. There are certain freedoms you have that you don’t have when you write middle grade, and so I enjoy that.

Sarah: What do you think of the trend of more traditionally literary writers working in horror? [Sarah makes finger quotes around the word “literary” in order to convey the freighted and frequently exhausting nature of the distinction between “literary” and “genre” fiction, a subject she generally finds distasteful]

R.L. Stine: I just read a literary novel, it was nominated for a National Book Award, and it’s a—

R.L. Stine: I just finished it last night. I couldn’t believe it. It’s the best-orchestrated novel that I’ve read in years. The way it moves from the past back to the plague years, then moves from character to character—it’s just so skillful. And that sense of nostalgia that these people have for the old world—it was really touching. I just thought it was a great book.

Sarah: What else do you read?

R.L. Stine: Mostly mysteries and thrillers. Ruth Rendell, and I love Donna Leon, the Venice things, and Agatha Christie, and Harlan Coben. A lot of them are friends of mine. I’m actually on the board of the International Thriller Writers and we meet every summer. Four hundred thriller writers in one room! It’s great.

Sarah: That’s a lot of writing in one year.

R.L. Stine: I was a bit younger. I couldn’t do it now. In those days I could write twenty pages a day and I could write a Goosebumps book in six days. I had time left over. [laughs] Now it’s a little harder.

Sarah: It’s nice to leave the house sometimes too.

Sarah: I just turned in the final copyedits for my third book, which is coming out next summer—it’s called About A Girl. All three of them are loose retellings of stories from Ovid set in the Pacific Northwest in the nineties. I was actually sort of shocked they got published as YA, because they’re quite racy.

Sarah: And then the next book I’m working on is a horror novel, in fact. But I have a day job too.