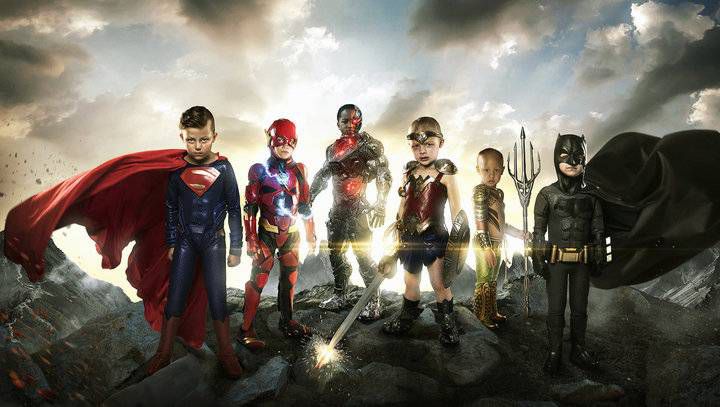 Before I started writing full-time, I studied public health and concentrated on pediatric oncology and psychosocial oncology — which is why this hit me right in the feels. I’m not crying, you’re crying.

Last year, photographer Josh Rossi did a photo shoot with his 3-year-old daughter for Halloween, where she was Wonder Woman. After all of the attention it generated, he thought about the concept of superheroes, and who the real superheroes were. He got calls from families with ill children, telling him their kids were the real heroes, and he decided to do the same sort of cosplay and photo shoot with 6 kids living with cancer or serious medical issues – because if anyone’s a superhero, it’s these kids, who endure pain and hardship, and maintain strength, fight, and hope. They matched each superhero to the illness of the child; Teagan, who was born with half a heart, is Superman, whose heart weakens from Kryptonite. Kayden had both legs amputated at birth in order to save him, and he is Cyborg, whose father saved him by giving him robot parts. Each costume was custom-made, and the entire project took roughly two months.

Ok here it is! My super passion project that I've been working on for the past 2 months. I worked with 6 kids with unique disabilities and turned them into The Justice League. Click link in bio for the full article… costumes by Julie whiteley @henrycavill @dccomics @warnerbros @wbpictures @justiceleague #superman

If you missed the link above, click here to read more about it, and scroll to the end to see a gallery of amazing photos of truly awesome kids.