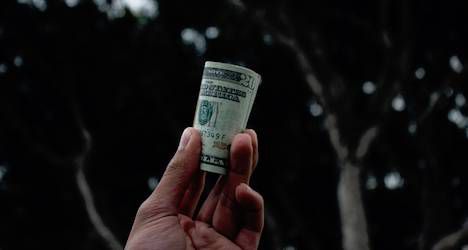 Through July 31, Kickstarter is celebrating $1 billion pledged to repeat creators by inviting some of staff and donors’ favorite projects to remix and remaster under the “Kickstarter Gold” banner. Hope Nicholson’s The Secret Loves of Geek Girls, a runaway success that made the rounds of both my Book Riot and non-Book Riot friends, is getting a sequel thanks to Kickstarter Gold – and that’s not the only bit of comics goodies we stand to gain.

One of my favorite small comics publishers, the LGBTQ-focused Northwest Press, is riffing on their successful anthology Anything That Loves by collecting Elizabeth Beier’s series Bisexual Trials and Errors. After her long-term heterosexual relationship ended, Beier began dating women for the first time and chronicling the highs and lows in lush ink comics. (Is it strange to use the word “lush” to describe art that’s black and white? Just look at it, though, and maybe you’ll feel what I feel:) 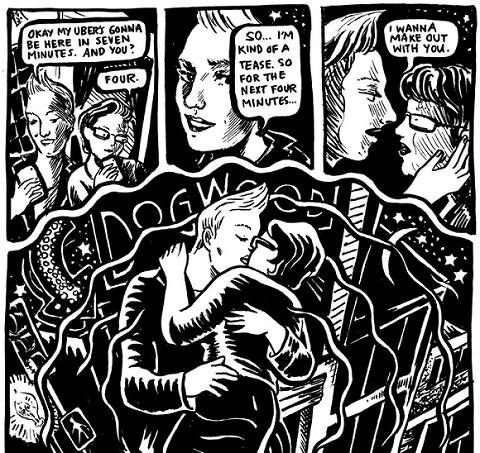 I’ve written before about how comics make an excellent medium for exploring sexuality (and I reviewed a couple of Northwest Press’s other offerings in that same post), in the unlikely event that you need more convincing.

If you’re feeling particularly generous, these other excellent comics projects are looking for a helping hand:

Amy Chu – Girls Night Out: Superhero fans might recognize Amy Chu from her work on Wonder Woman and Poison Ivy, but before DC, she self-published a series of short stories called Girls Night Out. One of the stories has the intriguing teaser “In a New York City future where the world is vegan by necessity, and taxi drivers are also mercenaries…”, which was enough to get me to lay down some cash.

Happily Ever Aftr the Graphic Novel: Princess Emily has been kidnapped by the eldest child of the Grimhold family, who have been abducting princesses to become their brides for generations. There’s only two problems: Emily still has her smartphone and, consequently, a dating app that she’s using to summon potential rescuers; and the eldest Grimhold is Gretchen, who is struggling to come out to her parents.

These projects have already hit their funding goal, but there’s still time to contribute for some sweet rewards: 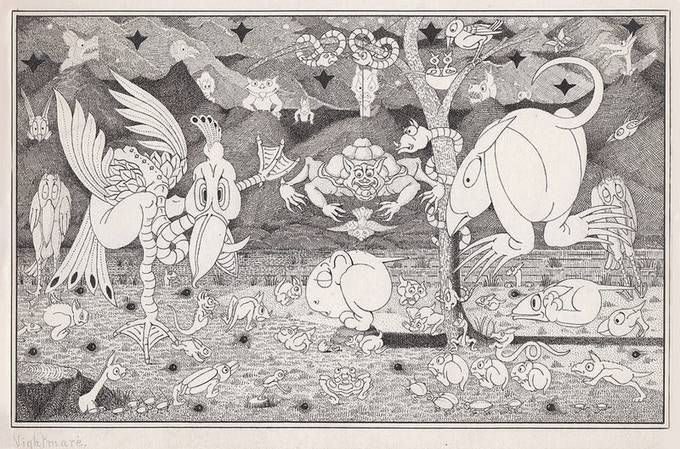 Recurring Dreams of Herbert Crowley: Crowley had a brief but remarkable career as a fine artist and cartoonist in the early twentieth century. His detailed, surreal pen-and-ink illustrations remind me of M.C. Escher, with a generous helping of Salvador Dali. Beehive Books previously published a beautiful hardcover book telling Crowley’s story; you can contribute to their Kickstarter for a new printing of the book and a selection of fine art-quality prints of Crowley’s work.

Plume #1: The Gold Edition: Plume is a long-running supernatural western webcomic about TOTAL BADASS Vesper Grey and her quest to return some lost artifacts. Creator K Lynn Smith aims to reprint the first issue in a deluxe edition. This one’s got a whole smorgasbord of rewards – T-shirts! Pins! Art prints! Plus, LOOK AT THAT GORGEOUS FOIL-STAMPED COVER. LOOK AT IT.