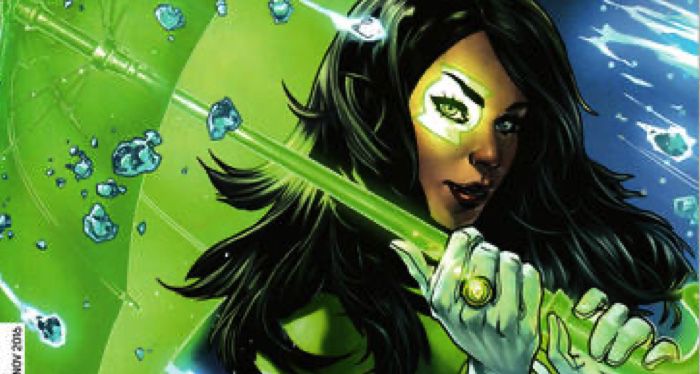 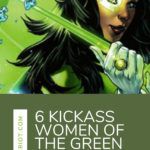 This summer marks the 80th anniversary of Green Lantern—that is, if you’re counting from the debut of the OG Lantern, Alan Scott. Happy birthday, buddy!

Now, the GL mythos is a sprawling and complicated one and host to some very good stories, but it has not always been kind to women. Though there are officially seven Earth-based Green Lantern leads in the main DCU—Alan and six official Corps members—only one of them is a woman, and it took 74 of those 80 years for her to get a ring. It was a Green Lantern comic that spawned the term “women in refrigerators,” coined by Gail Simone to describe the trope of women being killed or otherwise grievously harmed in order to cause angst for male characters, when Kyle Rayner’s girlfriend Alex was dismembered by a supervillain and left in Kyle’s refrigerator for him to find. The 1988 murder of Green Lantern Katma Tui, also killed in a kitchen to make a point to a male Lantern, is another particularly egregious example. And the less said about the 2000s-era Star Sapphire costume, the better.

Despite this, there have been a number of seriously great female ring bearers over the decades. Here are a few of my favorites, in order of introduction: 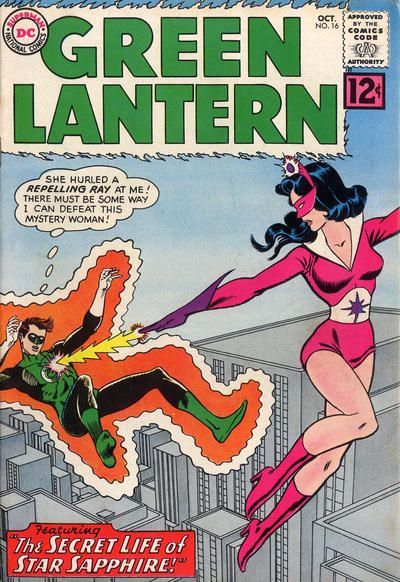 Carol is Hal Jordan’s longtime love interest, which fact alone should earn her a medal for Putting Up With Bullshit, Outer Space Edition. She is also his boss, at least initially: her father owns Ferris Aircraft, where Hal works as a test pilot, and when her father goes into semi-retirement and leaves Carol in charge, Carol informs Hal that she can no longer date him, because that would be super sketchy and also undermine her authority. Luckily, she is not the boss of that dreamy new superhero Green Lantern, so she can date him instead! This will end well!

Look, here’s the thing: reading Carol’s history is like Misogyny in Comics: Ultimate Edition. Name a horrible trope and she’s suffered through it. Forcibly transformed into Star Sapphire, a man-hating supervillain who also wants to marry Hal Jordan for some reason? Been there! Somehow creates an evil male persona called the Predator who magically impregnates her with a baby that is then taken away by the actual devil? Bought the T-shirt! You could fill an entire book—or several—analyzing the ways that Carol’s suffering over the decades has been specifically misogynistic, specifically designed to humiliate and violate a strong-willed career woman; the way her agency has been continually thwarted and presented as a twisted, psychosexual obsession with Hal, the way she’s been used to conflate love and sex and rape in truly alarming ways that a therapist would have a field day with.

When I look at Carol, I see an incredibly progressive character—a female CEO who understands workplace sexual harassment! in 1959!—who was created that way completely by accident, and I see decades of male writers trying to undo the power and intelligence she was initially bequeathed by endlessly dragging her through the mud. The fact that she’s still kicking, not just as a love interest but as a hero in her own right, is a testament to the strong, dynamic character she’s been from the start. Hell yeah, Carol Ferris. 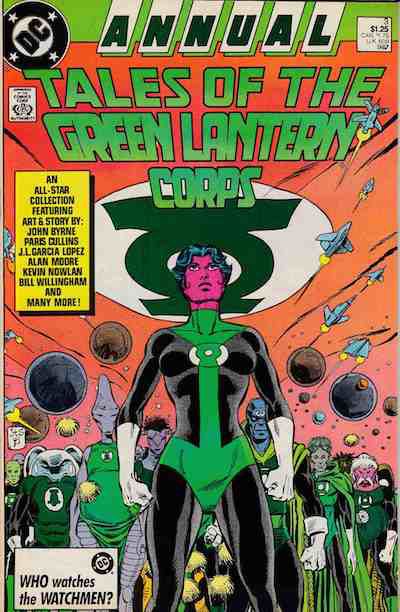 Katma Tui originally appeared in a ’60s story where she contemplates giving up her ring to marry the man she loves, until Hal shows up and tricks her into keeping the ring and giving up the dude instead. Ladies, you can’t have it all! No, but real talk: Hal is garbage, but this is a ’60s story about how this woman is too good at her job to give it up to get married, which is kind of amazing? Katma Tui: too badass for the Silver Age.

Later, it was revealed that Katma was from Korugar, the same planet as longtime GL villain Sinestro, and in fact led a rebellion to overthrow his tyrannical rule of their home planet, which so impressed the Guardians that they made her the new GL of that sector of space. After distinguishing herself over many adventures, Katma was assigned to train rookie Lantern John Stewart, and they fell in love and eventually got married. However, she was depowered due to issues with the central power battery on Oa, and then murdered by Carol Ferris in full evil Star Sapphire mode to send a message to Hal about…something. Yeah.

Katma was very briefly resurrected at the end of the Green Lantern: Mosaic miniseries and reunited with John, but when Hal-as-Parallax destroyed Oa and the central battery, her resurrection was undone, and she has remained tragically dead ever since despite at least two universe-wide reboots. Goddammit, Hal! 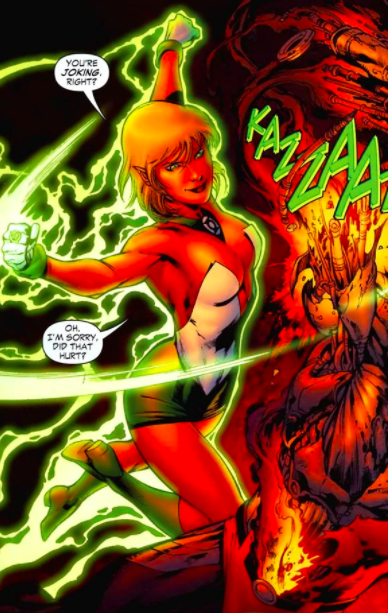 Arisia hails from the planet Graxos IV and is unusual in a couple of ways—she’s at least the fifth member of her family to be a Green Lantern, and she received her ring on her 13th birthday, making her possibly the youngest GL ever and certainly the youngest at the time. Upon joining the Corps, she quickly developed a crush on Hal Jordan and eventually used her ring to age herself up to adulthood in order to be with him. Hal, being Hal, thought “Good enough!” and proceeded to date her. Again, Hal is garbage.

After Arisia’s ring lost its power along with Katma’s (see above), she and Hal broke up and she started hanging out with Guy Gardner and Kilowog instead, showing that we do all eventually grow into having better taste. She also continued to have space adventures by strapping on a battle bikini and like 20 guns, because the ’90s. Sadly, she was murdered in 1996 by Major Force, the same guy from the refrigerator story above, because as I formerly stated, this franchise can get super gross, but it was revealed in 2006 that her species can regenerate themselves, so she’s fine now!

Since her resurrection, Arisia’s been kicking it as a relatively senior Lantern, often partnered with Sodam Yat.

I adored bubbly teenage Arisia, and I love whenever she appears in comics now, because it’s just so nice to get to see a female character grow from a wide-eyed innocent prodigy to an experienced veteran very much in charge of her business. I’d love to see her take the lead in more stories, or even get her own mini or DC Kids book. 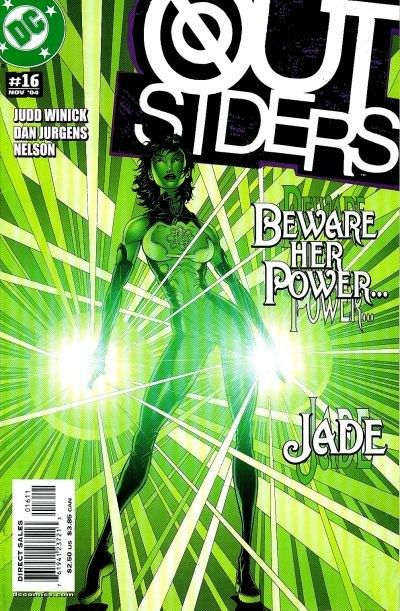 Jennie is the daughter of Alan Scott, the OG Green Lantern, and Rose Canton, a good woman with an evil alternate personality called Thorn (who could also control plants because why not). Rose and Alan were married without Alan knowing of Thorn’s existence, but when Rose discovered she was pregnant with twins, she faked her death and gave the babies up for adoption, fearing Thorn would harm them. The babies were separated and grew up in separate homes, but eventually both manifested powers: Todd Rice could turn his body into an immaterial shadow form, while Jennie had all the powers of a Green Lantern without needing a ring, plus her mother’s plant-controlling abilities.

Jennie and Todd eventually found each other, discovered who their father was, and joined Infinity, Inc., a team largely made up of the children and successors of Golden Age superheroes. After Infinity, Inc. disbanded, Jennie did stints with the Outsiders (which she also led) and the JLA. When she temporarily lost her powers, her then-boyfriend Kyle Rayner gave her a classic GL ring, making her technically a Green Lantern Corps member, albeit unofficially. She also died for a while but got better, because comics. Shockingly, none of the bad things that have happened to her were Hal’s fault. I know, I’m surprised too!

As of the 2011 New 52 reboot, Alan is significantly younger and also gay, so Jennie and Todd have been removed from continuity, but I’d love to see some enterprising writer bring them back somehow. (Gay men can have kids too! Weird but true!) Not only does Jennie have a playful, attention-grabbing personality that I find completely delightful, she’s also one of the most criminally underrated power players in the DCU. She has all the powers of a Green Lantern without needing a ring, plus her control over plants allows her to sidestep her father’s weakness to wood. (Yes, Alan Scott’s one weakness is wood and then they made him gay. Enjoy it.) Let’s stop joking about her being one of Kyle’s many dead girlfriends and start talking about how she can split the atom any time she feels like it, yeah? 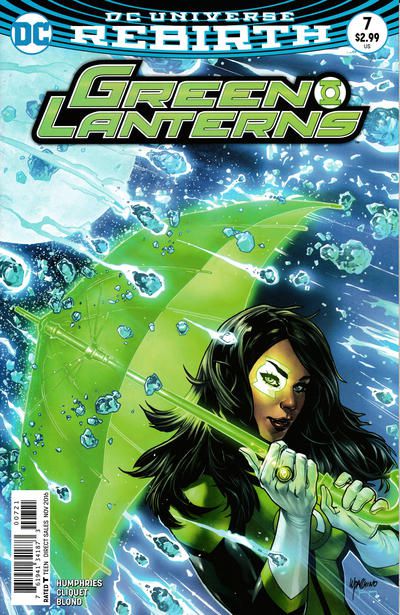 After several of her friends were murdered in front of her, Jessica was left with intense anxiety and agoraphobia, which was exacerbated when she was forcibly chosen as a host for the Ring of Volthoom (basically an evil Green Lantern ring from an alternate dimension). Poor Jessica was then dragged into all sorts of interdimensional time traveling shenanigans, but finally managed not just to free herself from Volthoom’s control, but destroy the ring entirely. She was then presented with a proper Green Lantern ring, which she accepted.

Hal paired Jessica with Simon Baz, the other Earth-based GL rookie, who she initially didn’t get along with but eventually formed a close partnership with. She spent some time training with Guy Gardner and learning to overcome her own timidity in using the ring. Currently she is appearing in Justice League Odyssey, a space-based spinoff book, and slinging some extraordinary badassery around. Like, at one point she’s killed by Darkseid and just goes “Nah” and comes back to life. Jessica Cruz, everyone! 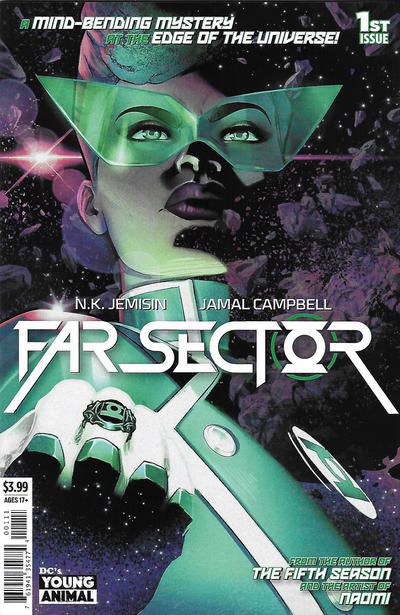 Jo is one of DC’s newest characters, currently appearing only in the Black Label book Green Lantern: Far Sector by N.K. Jemisin and Jamal Campbell. It’s a whodunnit set on an alien planet, with a rookie Green Lantern bearing an unusual ring who is trying as much to come to grips with the culture around her as solve the mystery.

Even though we’re only a few issues in, Jo is already a standout character in an excellent book. She’s the first Black woman we’ve seen in the Corps (and only the second Black or female Corpsmember from Earth) and the first canonically queer human Green Lantern (she’s bisexual), and though she’s new to the ring and the City Enduring, she’s an experienced NYPD officer who is extremely competent at both detective work and navigating convoluted and often bigoted alien politics. She’s smart and kind of wry and a delight to read about. I’m not sure where Jo’s story will go after Far Sector is complete, but I hope very much that she continues either in the main DCU or her own little pocket of continuity, because she’s too good a character to leave to only one miniseries.

There are definitely more female ring-slingers to celebrate: Soranik Natu, Iolande, Boodikka, and so many more. Who are your favorites?