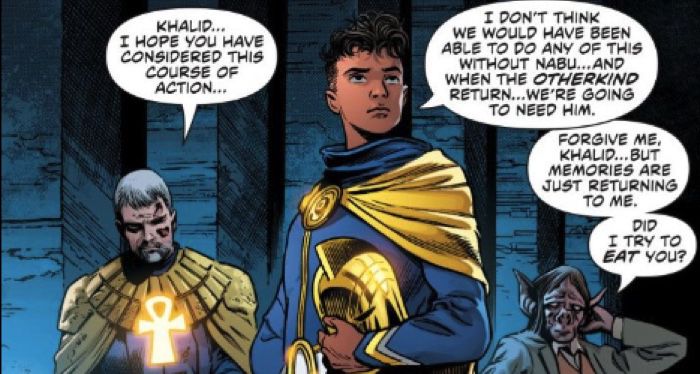 The past 80 years of comic book history are littered with hundreds of forgotten or underutilized characters. Some of them could be stars, but never got a proper chance to shine. Give This Hero a Comic Book highlights the Z-listers who deserve another chance in the limelight. Today, we’re talking about Khalid Nassour, also known as Doctor Fate.

In 2015, DC began a new initiative called DCYou. It was creator-driven, light on continuity, and explicitly committed to diversity—well, diversity of tone and style, at least. (More on that later.) One of the new books in this roster was Doctor Fate. 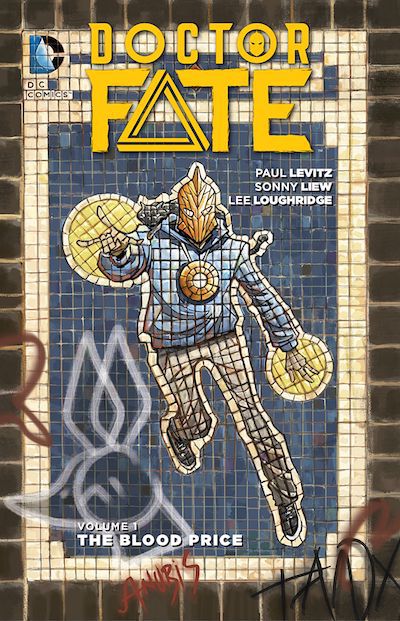 The 2015 Doctor Fate comic, part of the DCYou initiative

Now, Doctor Fate was not a new concept. In fact, the original Doctor Fate is one of DC’s oldest characters, debuting in 1940. He was originally Kent Nelson, whose vast magical powers derive from his golden helmet which houses an ancient godlike entity called Nabu, one of the Lords of Order. (Just go with it.) He was a founding member of the Justice Society of America back in the ’40s, has served on and off in the Justice League, and even appeared on Smallville in 2010. Over the decades, a number of other people of various races, genders, and backgrounds have put on and/or merged with the helmet and served as Doctor Fate—Khalid Nassour, the hero we’re discussing today, was not only the ninth to wear the helmet, but the second one named Khalid—but Kent remains the best known and most iconic.

But what about Khalid? (The, uh, second one.)

It was clear from the jump that the 2015 Doctor Fate series was intended to be DC’s answer to Ms. Marvel. Kamala Khan, who debuted to instant acclaim in 2014, was Marvel’s first Muslim hero to headline her own book. Khalid was DC’s first Muslim hero to headline his own book. (Well, arguably—Green Lantern Simon Baz debuted in 2012, but didn’t really (co-)headline a book until the 2016 Green Lanterns series.) Kamala was a relatable Pakistani American high school student from New Jersey. Khalid was a relatable Egyptian American medical student from Brooklyn. Kamala was a legacy hero, taking over her codename from (white, blonde) Carol Danvers. Khalid was a legacy hero, taking over his name from (white, blond) Kent Nelson. 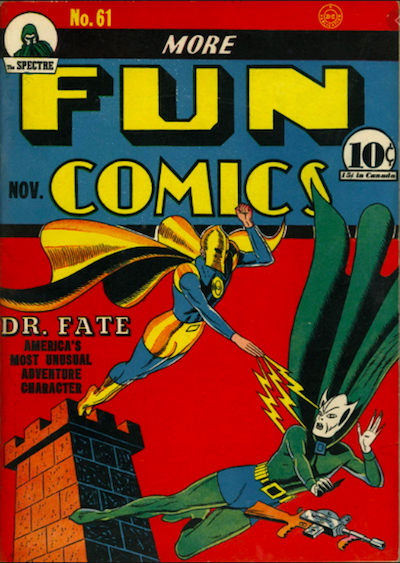 It was shameless copying, but you know what? Who cares? DC and Marvel have been shamelessly copying each other since DC first said “What if we gave people superpowers?” and Marvel said “What if we also gave them angst?” And I want Kamala to inspire not just an increase in Muslim heroes, but in unique, engaging heroes from diverse backgrounds who get new readers excited about comics.

So why didn’t it work? Because clearly it didn’t work, or I wouldn’t be writing this article.

Well, the major difference between Kamala and Khalid wasn’t their parents’ countries of origin, or that he was a little bit older, or that they lived on opposite sides of the Hudson River. The problem was that Kamala was created by a team that included two Muslim women, editor Sana Amanat and writer G. Willow Wilson. Khalid was created by Paul Levitz and Sonny Liew. Levitz, a non-Muslim white guy, is best known for his writing for DC in the ’70s and ’80s, and while his youth gave a groundbreaking immediacy to his early work on the Legion of Super-Heroes—he was an editor at DC by his 20th birthday—that was a long time ago. Doctor Fate certainly looked different—Liew’s was unique and appealing, with a loose, intimate line that was a far cry from DC’s usual house style—but the book overall felt neither fresh nor culturally authentic. 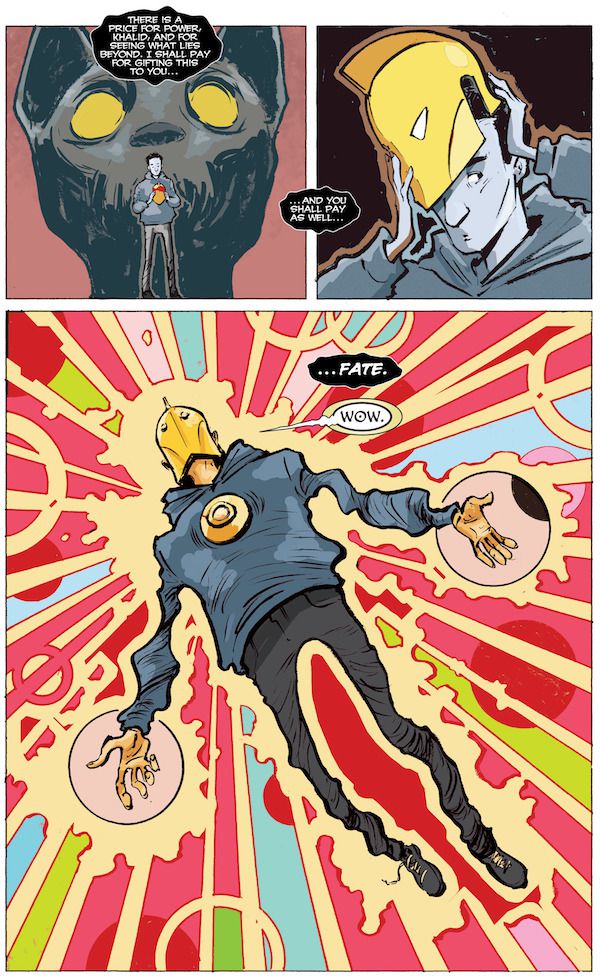 Some of Liew’s striking art for Doctor Fate (2015)

In other words, if DC wanted their own breakout Muslim character, they probably should have considered a Muslim writer. Or an Egyptian American writer. Or at least a writer who hadn’t broken out by writing teens 40 years prior. Doctor Fate rang hollow because DC was aping the style of Ms. Marvel, not the substance.

Doctor Fate lasted only 18 issues, less than two years. After its cancellation, Khalid vanished from comics for nearly another two years before finally reemerging in the pages of Justice League Dark, where characters like Wonder Woman, Zatanna, John Constantine, and Swamp Thing battle DC’s spookiest supernatural threats. The helmet had returned to Kent Nelson, who was being controlled by Nabu, who now had his own world-destroying agenda. Khalid (who, it turns out, is actually Kent Nelson’s grand-nephew) was trapped as a painting on a vase in Fate’s tower by Nabu.

Which, well. A character of modern Egyptian descent being downgraded to nothing more a hieroglyph on an ancient vase is a hell of an unintentional (?) metaphor. 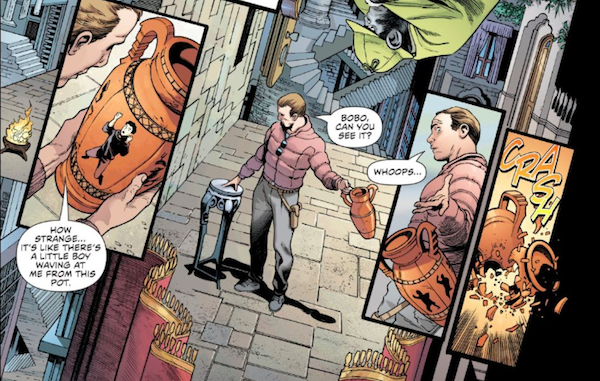 I was vastly relieved when Khalid was freed a few issues later and incorporated into the book’s cast. And I was thrilled when he took the helmet back in a recent issue, taking control over Nabu in order to save the world (it’s usually the other way around, with Nabu controlling his host).

Which is all to say: now is the time to give this kid another shot at his own comic book. 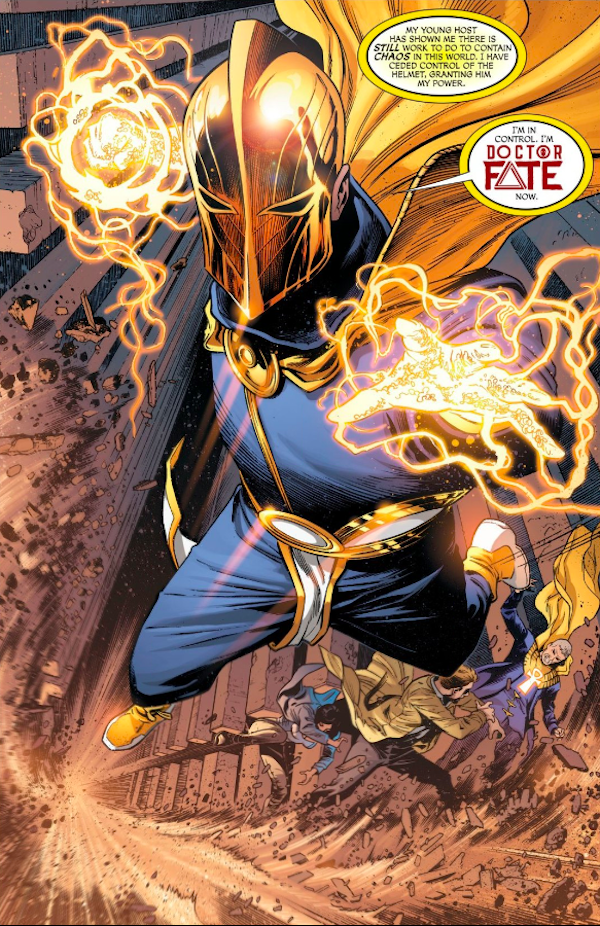 Khalid is smart and brave and strong enough to control a Lord of Order. He’s got a great design and is part of a demographic that is still woefully underrepresented in comics. The idea of a magical novice with a tenuous control over a vast and otherworldly power is always a winner. And there’s something very fitting about handing the legacy of Doctor Fate down to a character of Middle Eastern descent after decades of appropriation. (The helmet was canonically found in the ruins of Ur, which is in modern day Iraq, so it isn’t Egyptian, but that’s a simple enough retcon.) 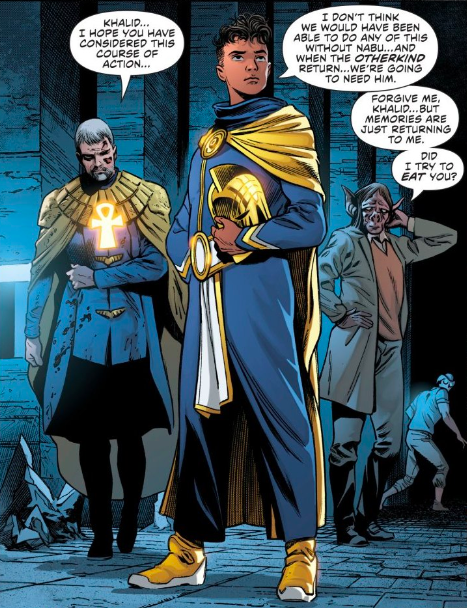 The new Doctor Fate and his sweet kicks

Give him a new comic with a writer who can write a young Muslim American from an authentic perspective. Put a legitimate marketing push behind it. Hell, give him a DC Kids or Young Adult graphic novel while you’re at it, those have been great!

Readers deserve more than one breakout Muslim superhero, and DC, you’ve got a potential star on your hands. Give him a proper chance to shine.