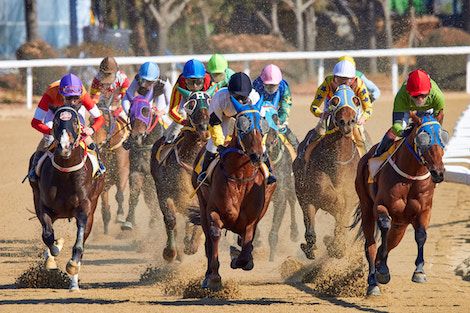 I am not a sports fan. Like, at all. I don’t understand sportsball in any way. No offense to any fans out there – you do you, friends. But to me, sportsball involves watching grown men in tights chase a ball around, pat each other on the ass, and watching paint dry, while the rest of the world pays to applaud. I just don’t get it. But I do LOVE the horse races. I love ponies. They run fast. I can pretend they’re unicorns. The epitome of the American racing world is the Kentucky Derby, held the first Saturday in May. This year, of course, that means it will run on May 5, 2018.

Since its inception, the Kentucky Derby has grown and changed, but it remains one of America’s favorite sporting events. I’ll be glued to the Derby Day coverage from start to finish. They have ponies! I never know anything about the horses because I don’t follow racing in general, so if there is a jockey I know riding that day, like Pat Day (aww, Pat Day. He retired several years ago) or Gary Stevens (he’s still riding, but his nickname is “Bionic Man” because he’s had so many joint replacements. Riding is hard on the joints, yo), then I cheer on his horse. Then, whichever horse actually wins the Derby is the one I cheer for to win the Preakness and Belmont, because Triple Crown! It’s a really scientific method. Then I’ve hit my critical mass of sports for the year and I don’t bother again until the next first Saturday of May.

I’m sure you all know the usual Derby things – mint juleps, bourbon balls, ladies in fancy hats, most exciting two minutes in sports, and so on. But here are some things you might not have known: 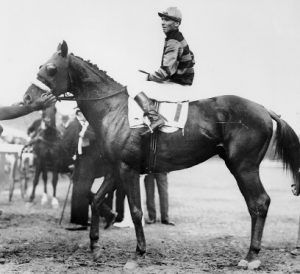 If you want more about the Kentucky Derby, or just about horse racing in general, check out some of these books: 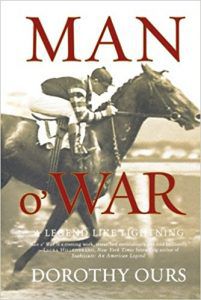 Man o’ War: A Legend Like Lightning by Dorothy Ours

Man o’ War never ran in the Derby. His owner didn’t believe in running 3 year olds 10 furlongs. Instead, he won the Preakness and then smoked the competition in the Belmont, winning that race by 20 lengths. But this is a great biography of one of horse racing’s most famous horses.

It’s hard not to be fond of a horse named Seabiscuit, really. This is the most popular book about Seabiscuit. Also, sea biscuits, AKA sand dollars, are super cute, squishy little things when they’re alive. By all accounts, the horse Seabiscuit also had a super cute and squishy personality as well. He wasn’t named for the sand dollar critters, he was named for the hardtack biscuits sailors eat, because his sire’s name was Hard Tack, but I like the squishy little critters. 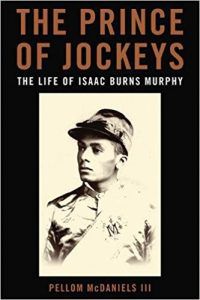 The Prince of Jockeys: The Life of Isaac Burns Murphy by Pellom McDaniels III

Isaac Murphy Burns was a star jockey of the late 1800s. He was the first jockey to win the Kentucky Derby three times. At one point, he was the highest-paid jockey in racing. He has a win record of 44%, which is still unmatched today. He was also African-American and was eventually forced out of racing when black jockeys were excluded from racing. This book details not only Murphy’s life but the social, racial, and political issues black jockeys had to deal with.

Riding for My Life by Julie Krone

The biography of one of racing’s leading female jockeys. She was the first woman to win a Breeder’s Cup race as well as a Triple Crown race, which she won while riding Colonial Affair in the Belmont in 1993.

Lord of Misrule by Jaimy Gordon

A National Book Award winner (2010) about a down on its luck racing stable in West Virginia. Told from the perspectives of several different narrators, readers get a picture of what racing was like in a small stable in the 1970s.

A literary fiction with multiple narratives about the world of racing. The horses know what they are doing and what they want; it’s the humans who are really struggling to figure things out. I love the animals in this book and how Smiley characterizes them without anthropomorphizing them. I hate when authors do that. 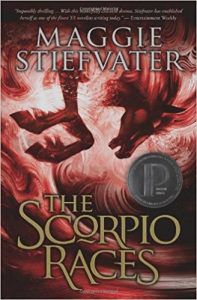 The Scorpio Races by Maggie Steifvater

Because it’s like the Kentucky Derby, but with water horses, which are different than seahorses. This is a reimagining of the Scottish fairy tale of the kelpie, and leads up to a race in which riders might live if they are lucky. The race itself isn’t the main focus of the novel, but I wanted to include it here because it is like a YA fantasy version of the behind the scenes stuff happening at the racetrack.