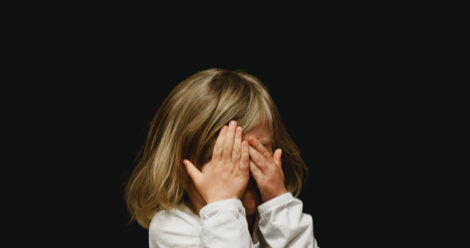 Four years ago, I sat in front of my very first baby storytime group. I had a giant stuffed panda in my lap and an easel full of song cards next to me. But I was paralyzed with anxiety. Was I really about to open my mouth and sing and dance in front of a group of peers? All of the parents and caregivers attending looked friendly enough, but no matter. I worried they would hate me. Or worse–laugh at me. Sure, I had been a professional librarian for nine years. I had overseen the hiring and training of interns and assistants, I had presided over meetings and even given presentations at national conferences. But I had never, up to that point, placed myself in front of a group of new moms and their babies and raised my voice in song. Frankly, it was quite terrifying. I found myself wondering how I got there in the first place. And why the hell did I think this was a good idea?

When I first finished my graduate degree in library and information science, I worked as an archivist. This meant a lot of time spent in basements, pouring over old documents and discussing things like shelf space, naming conventions, and the best method for harvesting metadata. It was great for a while, but over the first few years, I realized that not only did I hate sitting in meetings, I desperately missed chatting with people about books. I longed for my bookstore days, when I was actually paid to recommend my favorite reads to interested and enthusiastic customers. And so I took a leap, quit my archivist position and immediately started working as an assistant in a public library’s children’s room. Despite the considerable burden of my graduate student loans, I took a non-professional position, just so I could get a taste of what this part of librarianship was like and whether it felt like a good fit. It did. Six years and two children later, I finally had the time and wherewithal to get my first professional children’s librarian position. One of my first and main job responsibilities: run a twice weekly baby storytime!

So there I was, sitting in front of a group of expectant faces,  and I felt more than a little terrified. Although I am quite friendly and chatty one on one, I detest public speaking. And public singing? Forget about it. But this was it, I told myself. I had already fled one version of my library career. I had been observing and admiring coworkers run storytimes for a few years at that point, and I absolutely adored every other little thing about being a children’s librarian. Surely I could grit my teeth and get through 25 minutes of singing and reading aloud. I thought about my own experience as a beleaguered young mother and how, when I made it out of the house, all I really wanted was some kind of pleasant experience in which my baby would be entertained by someone other than me. I took a deep breath, pasted a big smile on my face and launched into a rousing rendition of “The Wheels on the Bus.”

Reader, it worked. Nearly 400 storytimes later, I am no longer anxious about my less than perfect singing voice and how ridiculous I look whilst shaking my sillies out. I learned that the more fun I have, the more fun my group will have. I learned that even if I haven’t had enough coffee or sleep, planting a big smile on my face and singing a silly song about turtles in the bath tub will almost always cheer me up. Singing lifts the spirit, after all, no matter what you’re singing. Finally, I learned that sometimes you really can fake it till you make it. Although I felt completely incapable of leading a group of people in song when I first began, I decided to do my best impression of someone who was, in fact, capable of leading a group in song. And eventually, I became that person — horrible singing voice and all.