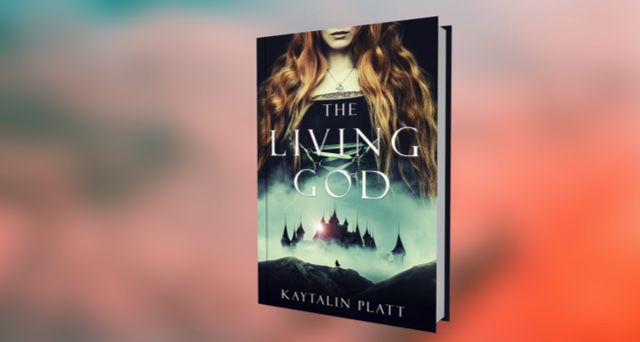 Saran is the heir to a tyrannical kingdom. Keleir, the man she loves, has a terrible destiny involving magic. They try to work together to avoid their fates. That can be a problem when everyone in the country hates Saran because of her despotic father. 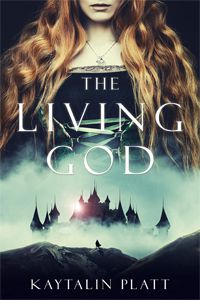 Kaytalin Platt is a professional graphic designer and marketer. The Living God is her debut novel and the first of a series.

Priya Sridhar: The Living God is about two magical humans who have great destinies; Saran is the heir to a despotic kingdom and Keleir is a fire mage hosting a supernatural being that seeks chaos. What was your inspiration for the story?

Kaytalin Platt: In fantasy, there are so many stories about heirs to thrones not wanting the responsibility. Saran is similar, but she doesn’t long to escape the throne for trivial reasons. She needs a quiet life away from the castle because her self-imposed and secret responsibility is keeping the world safe from the creature in Keleir. She also understands that her people would always see her as Yarin’s daughter—a corrupt woman who fought in his wars. They would never trust or love her and her reign would only continue the cycle of civil war and violence.

Another trope in fantasy I wanted to toy with was the Chosen One. In this instance, I wanted the focus of the Chosen to be on Keleir. Unlike most fantasy stories where Chosen Ones will save the world, he’s destined to destroy everything. His purpose differs depending on the prophecy you read. Like most Chosen One storylines, Keleir fights against his destiny. Unlike most storylines, if Keleir accepts his destiny it means becoming a monster, not a hero.

I love fantasy and science fiction and I wanted to experiment with merging all my favorite things from both genres. The Living God is a genre-bending experiment that may not be for every reader. It’s a detailed and complicated story that I wanted the reader to figure out along the way—come to the realization and clues as they are introduced to the characters. I didn’t want to spell everything out, and I think it may frustrate and confuse some readers. I hope they stick with it, because I think the payoff at the end is worth the journey.

The book deals with Saran trying to reform her father’s cruel ways, all the while knowing she’s associated with him by default.

PS: Do you think a person trapped in the system can truly reform it in the middle of rebellion?

KP: I don’t think a person—a central figure—trapped in the system can truly reform it in a way that appears unbiased. Saran understands that. In order for true reform and change after systemic oppression, the people have to love and trust the person leading them into a new future. Her goal has always been to help put someone better in power, someone the people love, and step back into the shadows. She knows the people would always equate her with her father no matter how kind, sacrificial, or noble she made herself appear. His darkness has forever tainted their vision of her.

PS: If you were a mage, what powers would you want?

KP: A Time Mage. After my father’s death two years ago, I became hyper aware of time and the usefulness of such a power to fix the most terrible things in life. I would try to use the power for things like saving lives or turning back the tide of a forest fire. I will not lie, I would also use it selfishly to correct mistakes. Unfortunately, Saran’s power over time doesn’t erase memories. She can reverse time, but people remember what happened before she shifted back the clock. So, even if I tripped and fell and wanted to erase that—people would still remember the embarrassing fall either way.

PS: What can you tell us about book 2, or about any upcoming projects? Anything you want us readers to seek?

KP: I’m introducing new characters, giving old characters more stage time, and there will be double the Orukes (yay?).  I’m about halfway through drafting the second installment. Other than that, I’m working on a sci-fi space opera called Egress about a 21st century woman revived several hundred years in the future using inherited memories encoded on DNA—it’s Star Wars meets Altered Carbon. I also have a story on Patreon that I share chapter-by-chapter, if you like dark fantasy novels. The Seven Kings of Purgatory concerns a woman trapped in a cycle of death and rebirth and, having burned through her allotted reincarnations, she attempts to reset the natural course of Purgatory before she fades out of existence.