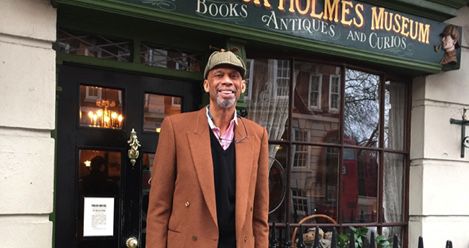 You may know Kareem Abdul-Jabbar as a legendary basketball player. What you may not know is that he’s a huge Holmesian (literally and figuratively) and a fantastic writer. Since leaving the game, Abdul-Jabbar has served as a U.S. cultural ambassador and he’s written extensively and widely: What Color is My World (children’s), Brothers in Arms (military history), and On the Shoulders of Giants (black history). His first novel, Mycroft Holmes, starring Sherlock Holmes’s less well known but more talented older brother, was published in 2015 by Titan Books and a companion comic, Mycroft Holmes and the Apocalypse Handbook , in 2016 by Titan Comics. 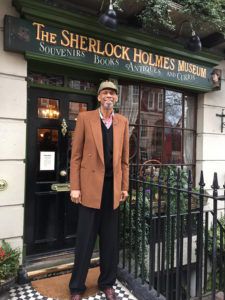 His new Holmes brothers novel, Mycroft and Sherlock, drops October 9th and Abdul-Jabbar was kind enough to answer some questions about his new book, his Holmes obsession, and his TBR pile.

Book Riot: Sherlock was a sort of remote presence in your first novel and appeared only briefly in the comic. What made you feel like the time was right for a Holmes brothers team-up novel?

Kareem Abdul-Jabbar: Though I have always read ACD (Arthur Conan Doyle) for the mysteries, my co-writer and I spent considerable time on Mycroft Holmes to establish Mycroft and Sherlock in a way that would reflect a believable relationship between the two. They have seven years between them, so it’s a big brother/little brother dynamic. And though we wanted to be faithful to what we saw in ACD regarding the two brothers, we realized that their sparring and competition in the first book was a whole lot of fun. So we decided in Mycroft and Sherlock to explore their interaction.

BR: You’ve talked in the past about some of the thing that made the younger Mycroft compelling as the focus of his own stories. Give us a brief rundown for those folks who are new to your books.

KAJ: In ACD’s stories, Mycroft is portrayed vividly but briefly. We were interested in exploring him as his own person, in charge of his own investigations. We speculated, based on ACD’s work, that Mycroft graduated from Cambridge and in the first book works as Secretary to the Secretary of State for War—for an actual historical figure named Edward Cardwell—and that he is very much an English patriot. We also know that, as the child of “country squires,” he’d have a certain way of speaking and of viewing the world. But, unlike others of his ilk, we painted him as more broad-minded…something that can be seen by the fact that his best friend, Cyrus Douglas, is black, which would have been unusual in Victorian England. (In fact, Douglas often had to pretend to be Mycroft’s valet.)

BR: What’s compelling about writing a younger, untempered Sherlock? The glimpses of a somewhat difficult family life you give us suggest you’re not necessary a proponent of the prevailing “high-functioning” sociopath interpretation of his personality. Tell us a little bit about how you put your Sherlock together.

KAJ: Even though I like and respect the BBC version of Sherlock Holmes, my co-writer and I saw nothing of “high functioning sociopath” in the stories of ACD. We saw instead a willful, extremely intelligent person who knew from an early age what he was and what he wanted to be. We also know, from history, that a son of “country squires” would have been hard-pressed to become a detective (consulting or otherwise). He would have also gotten some blowback from his older brother, who would want him to pursue a more respectable route. Which means he’d have to be extremely determined. And in looking at a “younger, untempered Sherlock,” we could also show some seeds of his later brilliance, as well as hobbies, addictions (if any), and personality quirks. And it’s equally fun to see him nail some investigations but also make mistakes based on his age and inexperience. 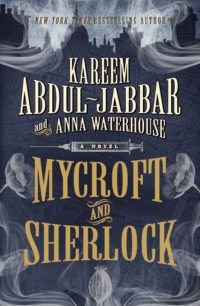 BR: What, to you, are some of the most interesting similarities between the Holmes brothers? Differences?

KAJ: What we’ve established is that Sherlock and Mycroft are equally brilliant, with stunning powers of observation and recall. Both also tend to be specialized in their knowledge: in other words, they don’t simply know everything about everything. There are things they know nothing about and must learn.

However, while Sherlock is drawn to “agony columns” and crime, Mycroft couldn’t care less about murders or solving mysteries. He’s looking at the bigger picture: what is good (or bad) for England? How can he use his powers to protect his country and short-circuit anyone or anything who wants to hurt her? Through Douglas, he also has a broader social conscience than Sherlock does.

BR: Why did you think it was important to give Mycroft a physical challenge to overcome in Mycroft and Sherlock? Why was it important for it to have lasting implications?

KAJ: It’s important to give him a physical challenge because in Mycroft Holmes he begins as very physically active. But we know from ACD that Mycroft in his later years is quite obese and definitely sedentary. Some other writer might decide that he was that way as a child, but we went a different way, hoping to get to the same place. Why did he end up sedentary? Why was he unmarried? ACD doesn’t tell us, so we theorized in a way that would make the character more interesting to us. We gave ourselves a lot of room for speculation.

BR: Is there going to be a comic tie-in for Mycroft and Sherlock, or additional stories in that medium?

KAJ: If there’s an opportunity to do something humorous, we will. But at the moment that isn’t our focus.

BR: You work with screenwriter Anna Waterhouse on your novels. Tell us a little but about that partnership. What are some of the benefits? Are there any specific challenges?

KAJ: The passion for Sherlock and Mycroft stories is mine: Anna didn’t have a background in ACD, though she caught up quickly. I like sculpting storylines. She likes dialogue. And we both care about interpersonal details. I have some real understanding of history from being an aficionado, and she’s a good researcher. So, after we lay out the storyline, she takes a chapter and takes the first crack at writing it, and then we pass it back and forth until we’re satisfied. We haven’t found any challenges so far: it’s been a very smooth process.

BR: Your Mycroft books are, obviously, period pieces. What are some of your favorite historical resources?

KAJ: Apart from internet  searches in general (where one thing leads to another) and of course all the books of ACD, we’ve been relying on Victoria by Stanley Weintraub; Victorian London by Liza Picard; The Concise History of Costume and Fashion by James Laver; Yin Yu Tang, the Architecture and Daily Life of a Chinese House by Nancy Berliner, and various fictional pastiches. And of course Dickens!

BR: Last time we spoke, you mentioned Joe Ide’s IQ series as one of your favorite Sherlock interpretations (I’ve since read them. They’re amazing and I’m very excited about Wrecked coming out October 9th as well). What are some of your other favorite Sherlock stories?

KAJ: The Beekeeper’s Wife is one I really enjoyed. And Enter the Lion, which is about Mycroft as a younger man.

BR: What are you reading right now? What’s in your TBR pile?