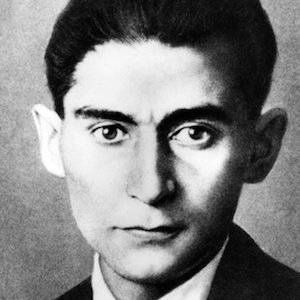 “You can’t go away when you’re under arrest.”

“And why am I under arrest?” he then asked.

“That’s something we’re not allowed to tell you.” – The Trial

“Why am I being arrested?”

“I’m giving you a lawful order. I will tell you.”

“Why am I being arrested?”

When I read over the transcript of Sandra Bland and Officer Encinia, I was annoyed by the circumlocution that the Officer employed so that he wouldn’t have to give Bland an answer, presumably because he didn’t have one. It was more than just the routine traffic stop and the cigarette that incensed Encinia. His authority was being challenged. Bland was not complying and that’s what led to her arrest. Throughout their entire exchange, I recall how bewildered Bland was for being arrested because it didn’t make sense. She wasn’t a threat to a cop and she wasn’t committing any crimes. Nevertheless, she was placed into custody. This sentiment of having no control of higher powers is a theme that reverberates throughout Kafka’s The Trial and the parable “Before the Law.”

Josef K. is a chief financial officer of a bank when two unidentified agents arrest him. Neither Josef nor the readers know why he is being arrested but nevertheless he is taken into custody for an unspecified crime. When K appears in front of a judge, he says, “There is some enormous organization….Its purpose is to arrest innocent people and wage pointless prosecutions against them which, as in my case, lead to no result. How are we to avoid those in office becoming deeply corrupt when everything is devoid of meaning?” Franz Kafka’s prose is deeply rooted in existentialism, the idea that the world is an absurdist place where there are no definitive answers and our lives may in fact be meaningless. Existentialism becomes an even more loaded term when we think about the value of Black lives and how this discussion has been catapulted into the forefront of our collective consciousness within the past year.

Black people are realizing that it’s not enough for us to exist in this world for our lives to be esteemed just as those who do not bear the same skin color as we do. If anything, we are in the middle of an existential crisis where we are not only shouting how much we matter to judges but to the general public. The struggle comes into play when laws that were never built with us in mind constantly reinforce our meaninglessness and yet we’re still expected to abide by them. Similarly to Josef in The Trial, we suspect that there is some “enormous organization” that arrests innocent people and wages pointless prosecutions against them. For Josef however, he doesn’t know what this enormous organization is. Is it concrete or abstract? He knows that a sinister force is at work and that regular people like him are vulnerable to the most extreme of punishments. For Black individuals, we call this white supremacy. It’s the force that constricts the freedom we feel as we try to navigate a world that has never been inviting to us. It is enormous and it is, in fact, organized.

How can an individual abide by the law when this exact concept functions in the opposite? Is it even possible? There is a short parable in the middle of The Trial where Kafka addresses this issue—or not. A man from the countryside goes to a gatekeeper because he wants to have access to the Law but the gatekeeper repeatedly rejects his request. No matter how the man presents himself as a respectable person, no matter how much he tries to bribe the gatekeeper, he is not granted entry. Law civilizes people and places them on a higher pedestal than primitive cultures. Yet this man literally resides on the outside of law and civilization. Such is the plight of the Black individual. Part of the mental training that Black Lives Matter activists teach us it that respectability will never save us. We cannot buy our way into privilege. We are not yet considered civilians when the conception of our laws began when we were still considered only three-fifths of a person. Although centuries have passed, this thought is influenced by the way in which regular civilians, such as Michael Brown, Aiyana Stanley-Jones, and Eric Garner, all died by the hands of law enforcement without impunity. Their lives, like the unidentified man in The Parable of the Law, resided outside of the law. They were the embodiment of the primitive and were therefore regarded as such.

At the end of the parable, the unidentified protagonist is on the verge of death at the foot of the gatekeeper. He asks the gatekeeper again why hasn’t any one else requested entry and, perhaps out of sympathy, the gatekeeper responds, “Here no one else can gain entry since the entrance was assigned only to you. Now I’m going to close it.” This ending makes no sense yet its senselessness concretizes Kafka’s point: the Law is senseless. We cannot make sense of what will never be accessible to us. There is nothing that the man could do to gain entry and it is only at the brink of death that the man realizes the worthlessness in his ways. Death by the law operates in two ways: to bring resolution or confusion. In the Black community, we have been in a perpetual state of mourning where a hashtag reminds us that we could be next, that our existence can be wiped out with a single shot and our histories can be ruined just as simply.

In the last scene of The Trial, two men in top coats and hats come for Josef, who is exhausted from resisting. They place his head on a discarded block and shuffle a butcher knife between the two. On the brink of his own death, Josef sees a light from a distant window: “Who was that? A friend? A good person? Somebody who was taking part? Somebody who wanted to help? Was he alone? Was it everyone? Would anyone help? Were there objections that had been forgotten? There must have been some….Where was the judge he’d never seen? Where was the high court he had never reached?” Eventually, Josef is fatally stabbed in the heart “like a dog.” The quotation almost mirrors Michael Brown’s mother Lesley who compared her son’s untimely death to the gruesomeness that one would see exacted upon a dog rather than a person.

The power struggle between the Law and its civilian. Political oppression. The Law and its lawlessness. The respectability and its empty promises. The resistance and the exhaustion. Literature and real life have a way of communicating with one another. In this case, Kafka, a Czech-born Jewish writer, is in conversation with the Black Americans of the 21st century. We are constantly uncovering that the law is not as tightly wound as the powers that may be wants us to believe and that we are at “their” whim. However, we cannot stop resisting. We cannot, like Josef, become so exhausted that death is our only repose. Black life is resistance. It is the absurdity that is constantly on the verge of being stamped out. This is why the movement grows. Yet still, we are in the midst of a Kafkaesque condition where we are more attuned to chaos than peace, but this familiarity reveals more enlightenment.