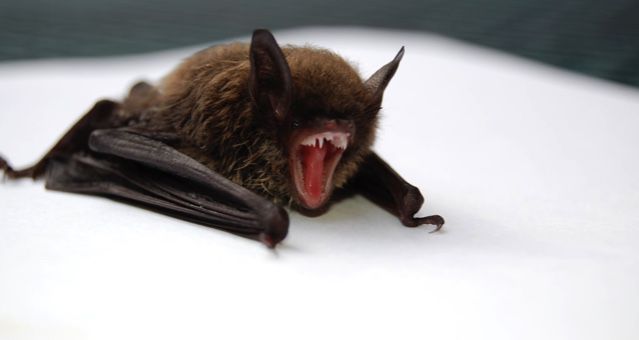 Critical Linking is a daily roundup of the most interesting bookish links from around the web, sponsored by Children of Virtue and Vengeance by Tomi Adeyemi, with Fierce Reads.

“Bats have been in residence at the Joanina Library since at least the 19th century, perhaps longer: The librarians know this because they still hold the receipt for that protective fabric that was imported from Russia 200 years ago. Today, as then, the effect of these flittermice, combined with difficult-to-penetrate oak bookcases decorated meticulously in Chinese motifs, is an environment nearly free of destructive bookworms, so to speak.”

I didn’t know bats were such cultured creatures!

“Lucas is the youngest to take the helm, the first woman, and the first person of color.

‘Lisa is a blast of fresh air at the National Book Foundation,’ says editor and author Rob Spillman, whose path has often crossed Lucas’s in New York. ‘She has energized the awards and the entire literary community with her sincere enthusiasm for books and reading and getting books into as many underserved spaces as possible. She has had a marked impact on diversifying the industry and bringing in a younger, much more diverse audience.'”

I want to be Lisa when I grow up.

“The way I see it, whenever someone walks into a bookstore, they are walking into the future of their cultural and intellectual life. A bookseller collaborates with who you are in order to show you a way forward towards more of yourself, a way you might not have known existed for you—but is still entirely your own. Amazon, with its algorithms, can only show you where you’ve been, can only give you the calcified mirror of your past. In a bookstore, you get a human being who is also a mapmaker of possibility. As booksellers, you are practicing, to my mind, one of our species’ oldest arts, the art of fostering, sharing and shepherding our most vital stories into the FUTURE. And I hope you are as proud of yourself as we writers are of you.”

Jia Tolentino and Ocean Vuong are two people I’d like to meet.