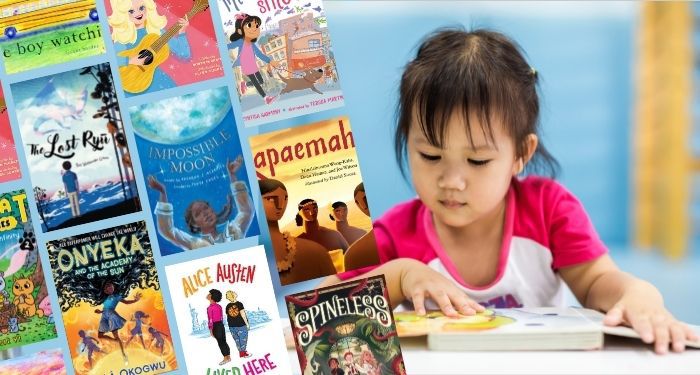 Most kids are out of school in June, making it the perfect month to tackle summer reading programs and enjoy the sun with some good reading. One fun reading challenge would be to try and read some new releases! Maybe you and the child(ren) in your life could pick one new children’s book released for every month this year so far? This month has lots of good ones. Among this year’s June children book releases, for example, are a picture book biography of one of my favorite people (spoiler: it’s Dolly Parton), two picture books that entwine multiple languages, a back-to-school book, and an intergenerational constellation book with some of the most gorgeous illustrations I’ve seen this year.

There’s also an early reader graphic novel starring two questing cats that’s the second book in my daughter’s favorite series. My daughter has embraced her cat lady persona early (Her first word was “cat.” We don’t have cats). For middle grade new releases, there are so many stellar options. For one, there’s a gorgeous new historical fantasy featuring Japanese dragons and a historical adventure starring an asthmatic protagonist. Then, there’s a new queer affirming contemporary by award-winning author Alex Gino and a Nigerian fantasy with Black girl magic and some seriously powerful hair. These books are so much. 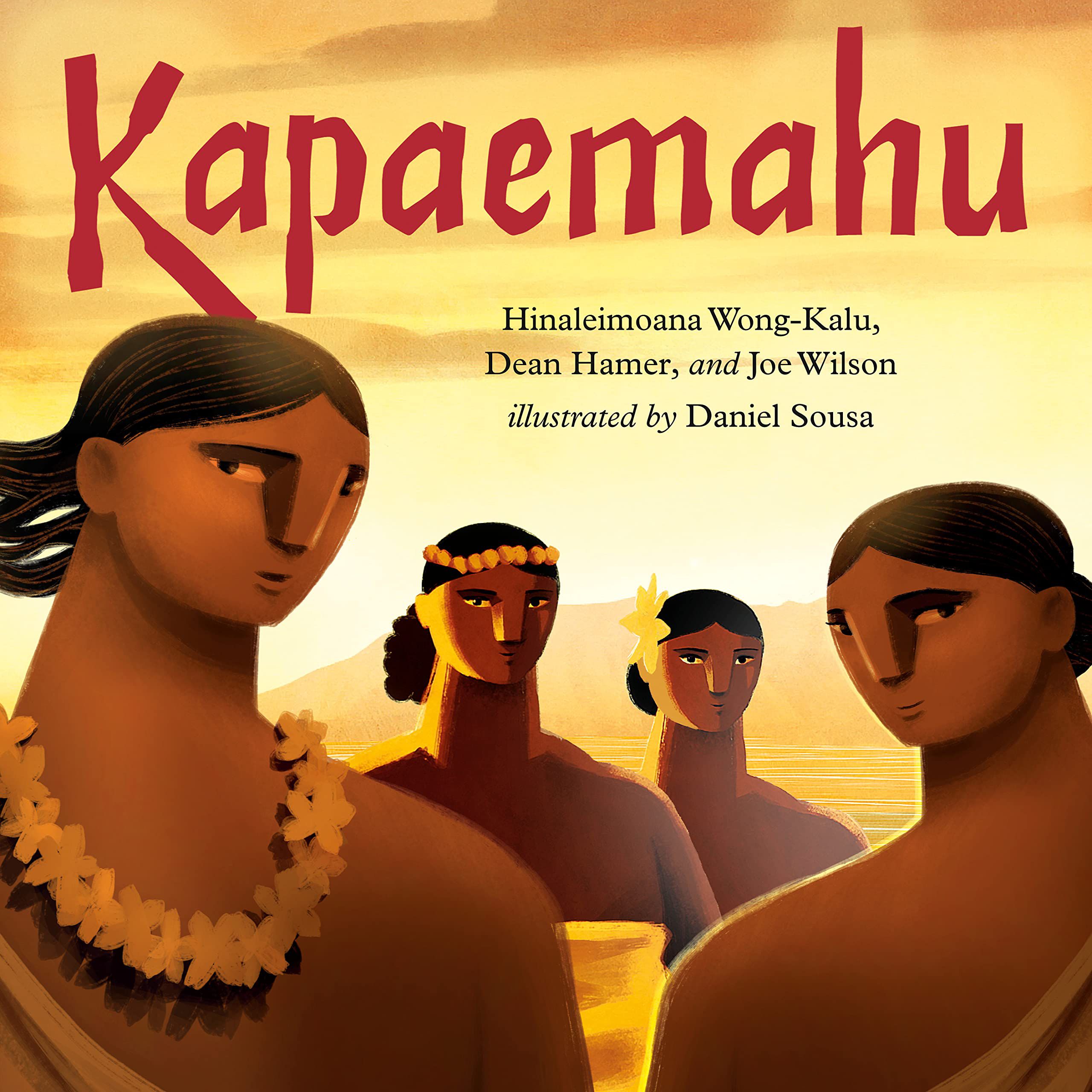 This is the first picture book published in both English and Olelo Niihau, the only form of Hawaiian that has been continuously spoken since before the arrival of foreigners. It’s adapted from an award-winning short film and tells the Indigenous Hawaiian legend of four Tahitians, who are also mahu — a third gender that is neither male nor female but a mixture of both — traveling to Hawaii. The gods gifted the four with powers of healing and of the spirit, and the four teach these gifts to the Hawaiian people. Before they leave, they transfer their abilities into boulders, which become a sacred sight until foreigners arrive and build over them. Today, the stones have been uncovered and moved to Waikiki Beach. The picture book’s stunning sepia-toned illustrations, which match the film, combined with the simple but powerful text, make this an excellent introduction to Indigenous Hawaiian culture and to the mahu and third gender people. 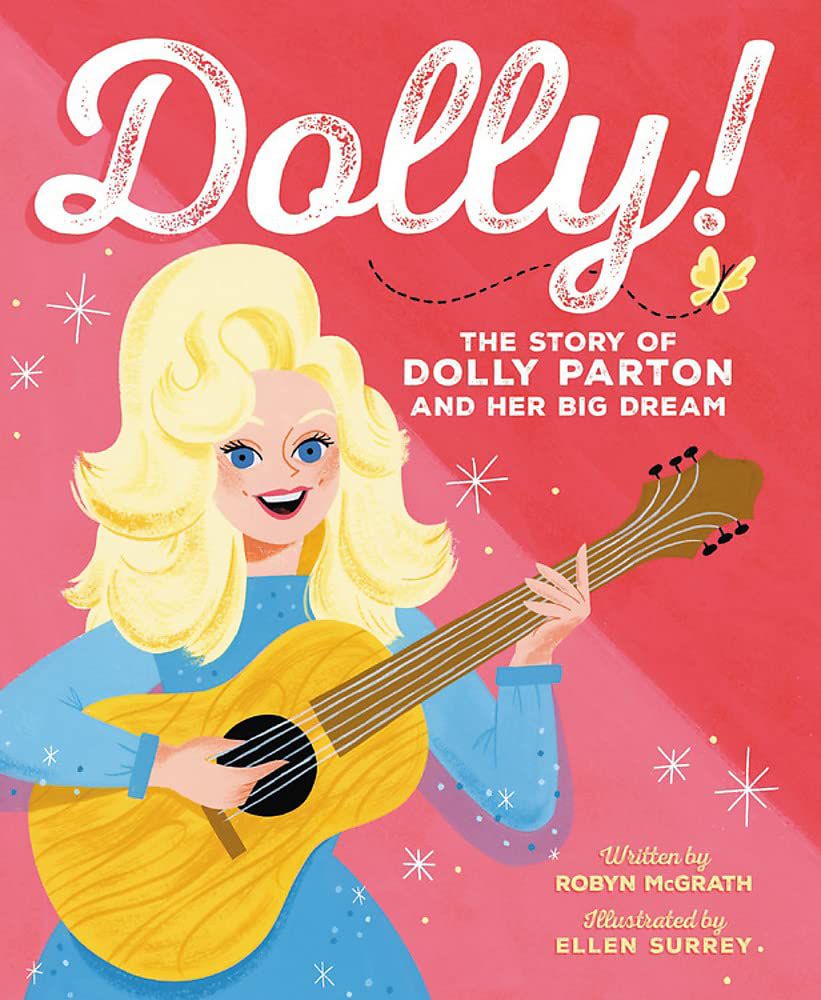 As a Tennessean, I cannot be unbiased when it comes to Dolly Parton, who grew up in the mountains of Tennessee and has done so much to make this state better. She is a saint. This delightful, rhythmic picture book traces her early life as the fourth child of 12 in a poor home to her first time singing on the Johnny Cash Show and moving to Nashville the day after she graduated high school. This picture book biography does not cover Dolly Parton’s later feats, like founding the Imagination Library — which brings millions of free books to children — nor her film career and later hit songs, but it’s a great introduction to her life. The bright, big-eyed illustrations will draw children in. 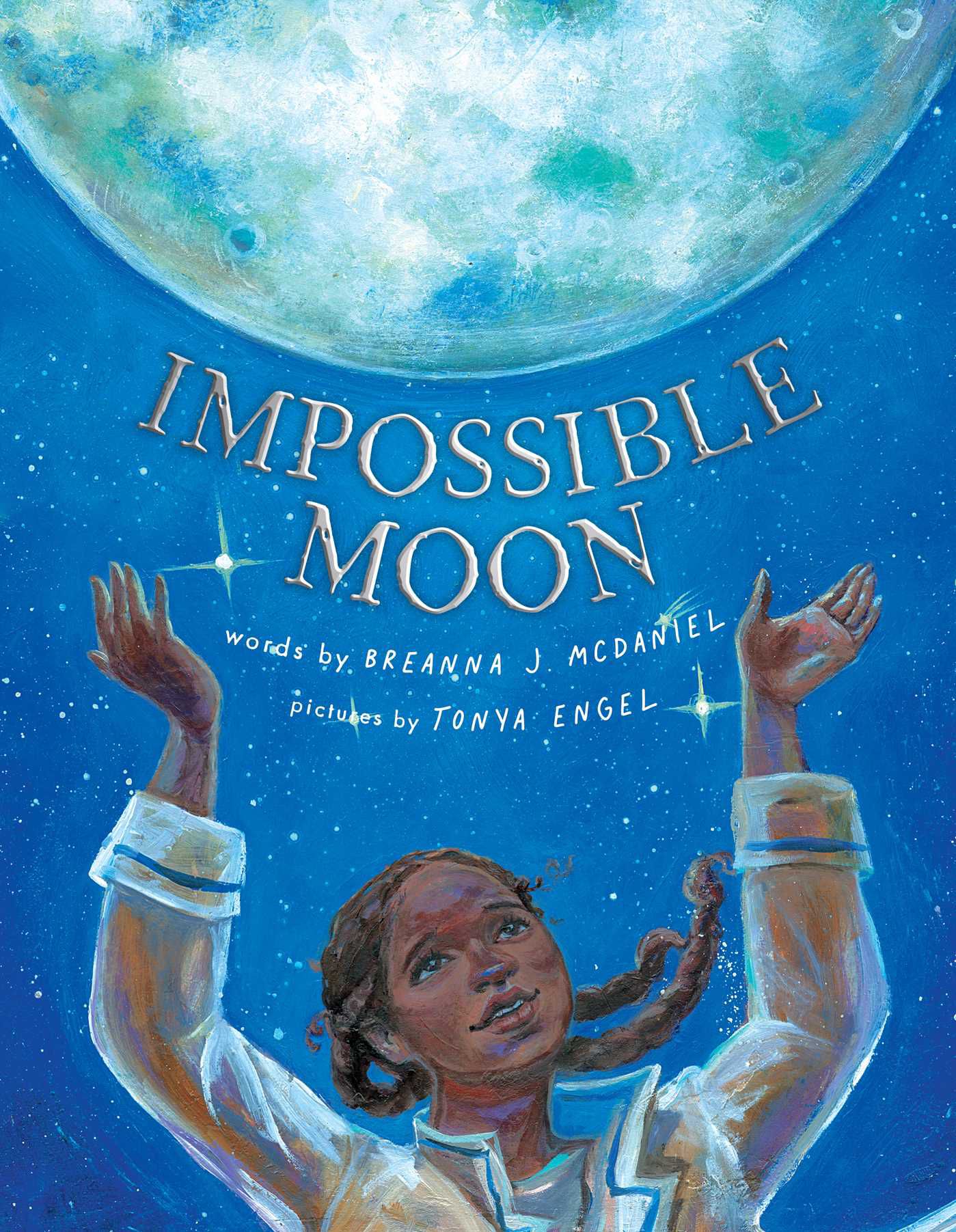 Mable’s Grana used to tell the best stories, but now that she’s sick, she doesn’t have the energy to tell them anymore. One day while Mable draws the moon and constellations, Grana wonders what it would be like to touch the moon. That night, Mable imagines spreading her arms and flying up into the night sky, where she encounters representations of the constellations: a lion prowling behind her, twins skipping through the heavens, the archer shooting Mable towards the moon. When she wakes up the following day, Mable rushes to Grana’s bed and tells her everything she saw, sharing her own stories of the constellations. The oil-painted illustrations in this picture book are absolutely stunning. In the backmatter, author Breanna J. McDaniel explains how this book came to be, from her initial sadness at her grandmother’s illness to noticing how Black people’s connections to the constellations were ignored or erased in planetariums she visited. This beautiful picture book is a must-read for any young stargazer. 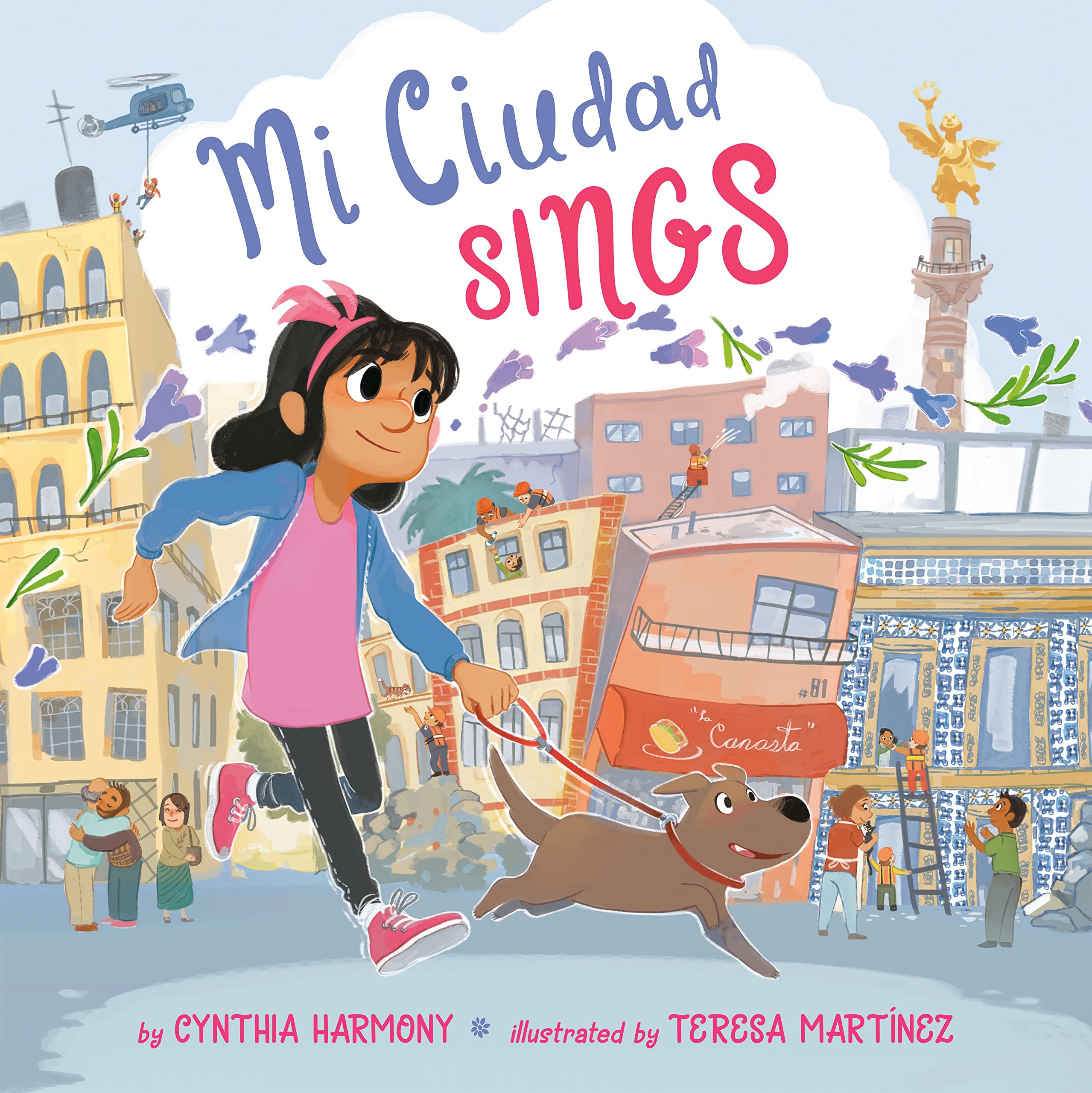 A little girl in Mexico City walks her dog to her mother’s flower shop every day, listening to the city’s song. But one day, there’s an earthquake on the way to the flower shop. Afterward, the girl rushes to her mama, but the city’s sounds are different, sirens and people hurrying to and fro. She also sees people helping, and when she finds the baker’s dog by itself, she decides to help, too. This picture book, which mixes Spanish with English, is a rhythmic and vibrantly illustrated celebration of a city pulling together after a natural disaster. The author notes that she vividly remembers the earthquake in Mexico City in 1985 as a child, and another one occurred on the same date in 2017. Though the story is about an earthquake, it’s a great read to discuss communities working together after any disaster. My 4-year-old daughter and I clean up litter in our neighborhood after floods and storms, and it’s great to have books like these to connect with her experiences and show how children can help their communities. 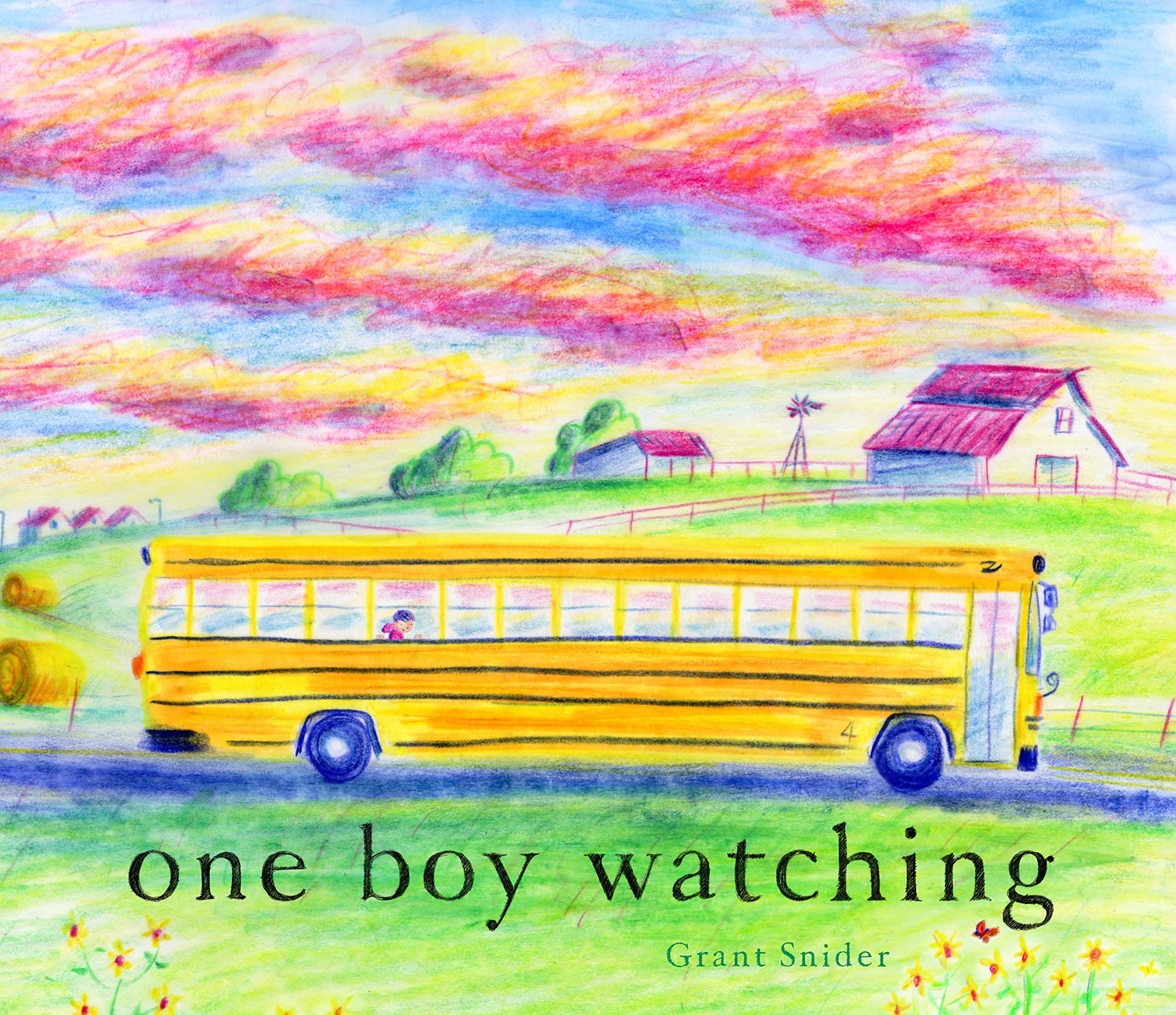 Snider pairs his vibrant pencil and marker illustrations with simple, meditative prose in this stunning picture book about a young boy on a long bus ride to school. The protagonist is the first child on the bus in the mornings, and he gazes at the scenery as the bus slowly fills with more children, from farmland to fawns to rusted cars in a field. And he daydreams, both on the bus and once he reaches school. The illustrations and text are so very evocative. It took me right back to my own childhood riding the bus as one of the first kids on and one of the last kids off in my rural home. Bus riders and window watchers will love this. 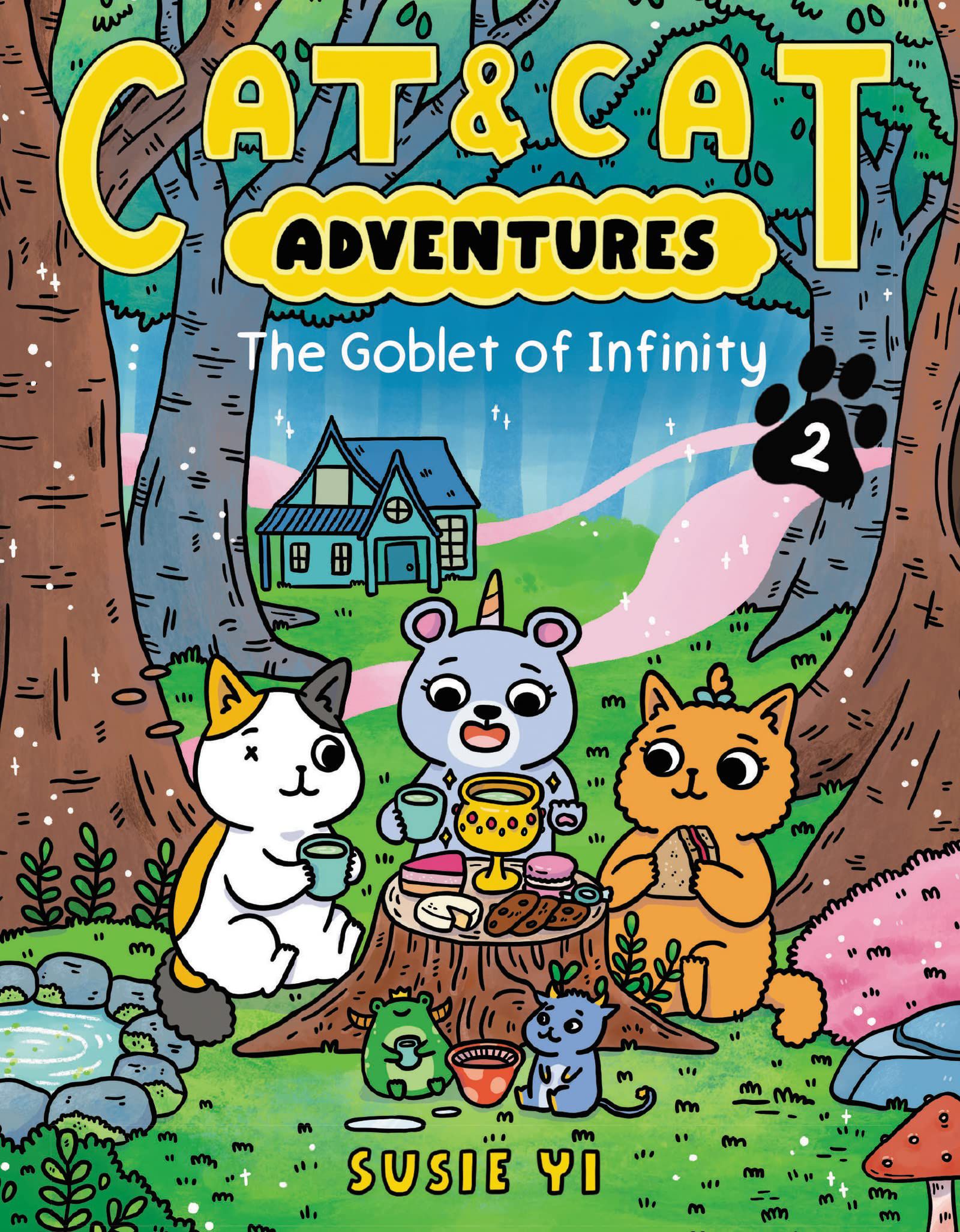 My 4-year-old’s absolute favorite book ever is Cat & Cat Adventures: The Quest for Snacks, the first book in this cat-tastic early graphic novel series. She asks me weekly when the second book releases, and I’m pretty sure she will learn how to tell time by tracking book release dates. In the first book, Squash — a one-eyed white cat with a need for order — and Ginny — a brown floof who’s always hungry — venture into a magical portal to try and find ingredients for a snack potion. Along the way, they make lots of friends and help others when they can. But the problem with having unlimited snacks is you’re going to run out of beverages to have with the snacks. Hence the premise for the second book in the series. The series is geared toward children ages 6-10, though my daughter and I read the first book together when she was three. 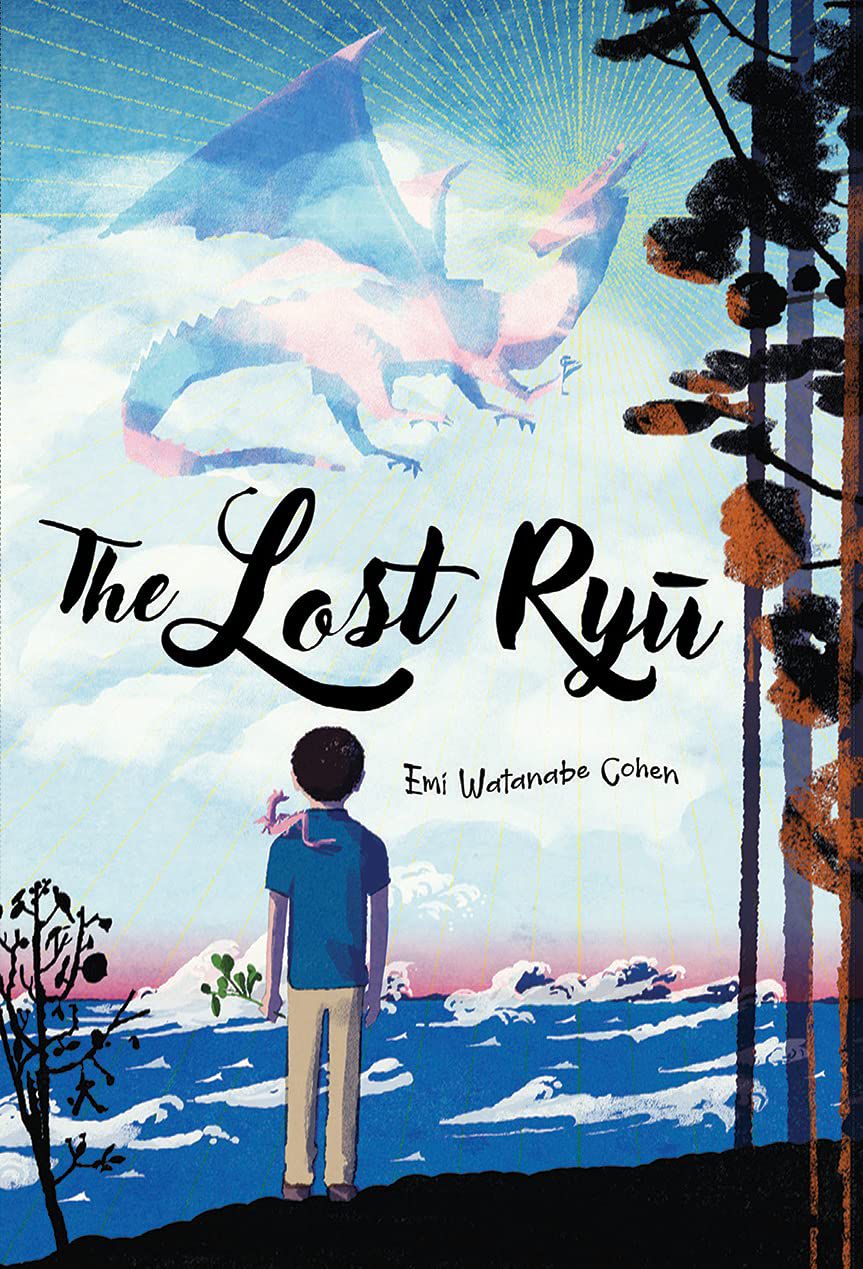 Kohei Fujiwara lives in an alternative version of Japan in the 1960s, 20 years after the bombing of Hiroshima and Nagasaki. After the war, the largest ryū (dragons) disappeared, and now only small ryū remain. Kohei loves his chatty little dragon companion, Yuharu, and his new Jewish neighbor, Isolde, has a small dragon that speaks Yiddish. Kohei’s ojiisan, however, remembers the giant ryū and longs to see one again. Kohei decides to try and find one for his grandfather, to make him happy once more as his health begins to slip, and enlists the help of Isolde and her dragon. This is a lovely, beautifully written middle grade about magic, what we lose in war, family heritage, and friendship. 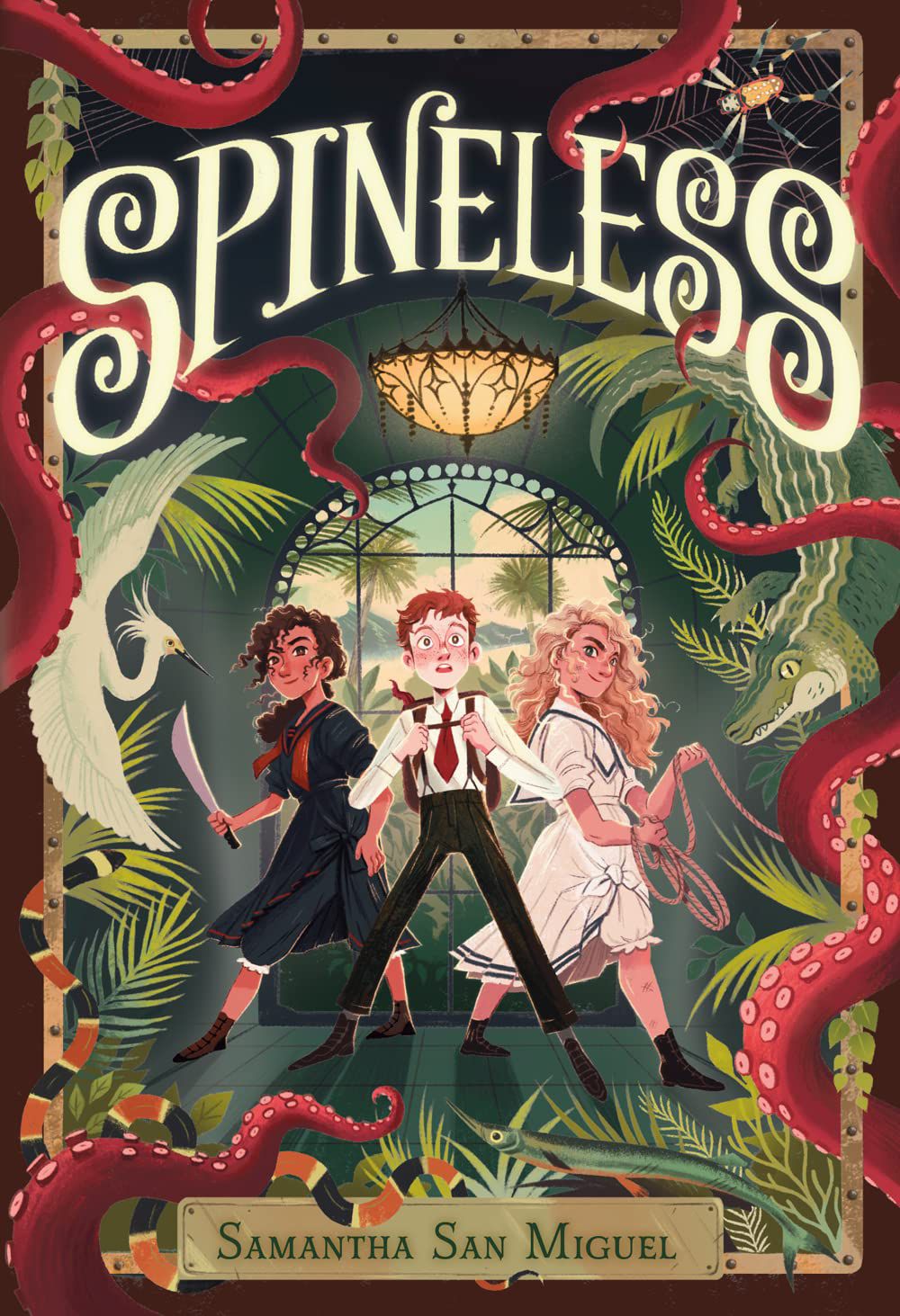 This eco-fantasy adventure set in the 1920s is an absolute romp. Aspiring naturalist Algie Emsworth could not be happier when the doctors and his mother decide his asthma requires a restorative trip to a secluded hotel in Florida. While his mother envisions lots of rest and quiet, Algie has other ideas — he means to explore the local flora and fauna in the swamps surrounding the hotel. And he’s not the only one who enjoys adventure and nature. The hotel’s owner has two daughters who long to become biologists, Frankie and Lulu Davenport. Together, the three get into many hijinks, including rescuing animals from the hands of an exotic animal collector and discovering new species. As an asthmatic, I so appreciate seeing an asthmatic character having adventures. 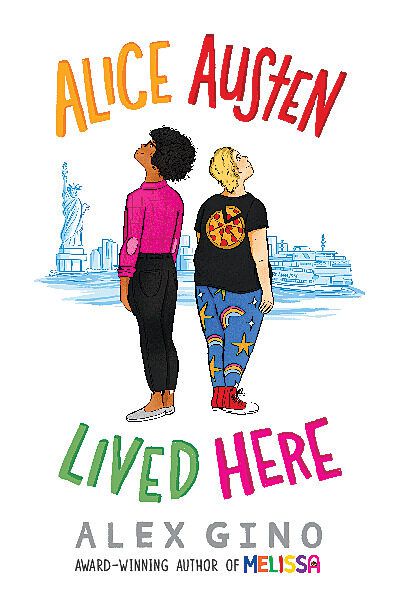 The author of the Stonewall Award-winning novel George writes another brilliant LGBTQIA+ positive middle grade in Alice Austen Lived Here. Sam fully embraces their nonbinary identity and has many affirming friends and family in their life, including their best friend TJ, who is also nonbinary. Unfortunately, their history teacher, Mr. Watras, thinks only dead straight cis white men make history. When he assigns a group project to write a report on a local historical figure to possibly be turned into a local statue, Sam and TJ discover the queer photographer Alice Austen, who once lived in Sam’s apartment building with another woman. Can the two prove the importance of queer history to their Staten Island community and teacher? And will they win the competition for Alice Austen to be honored by a statue? 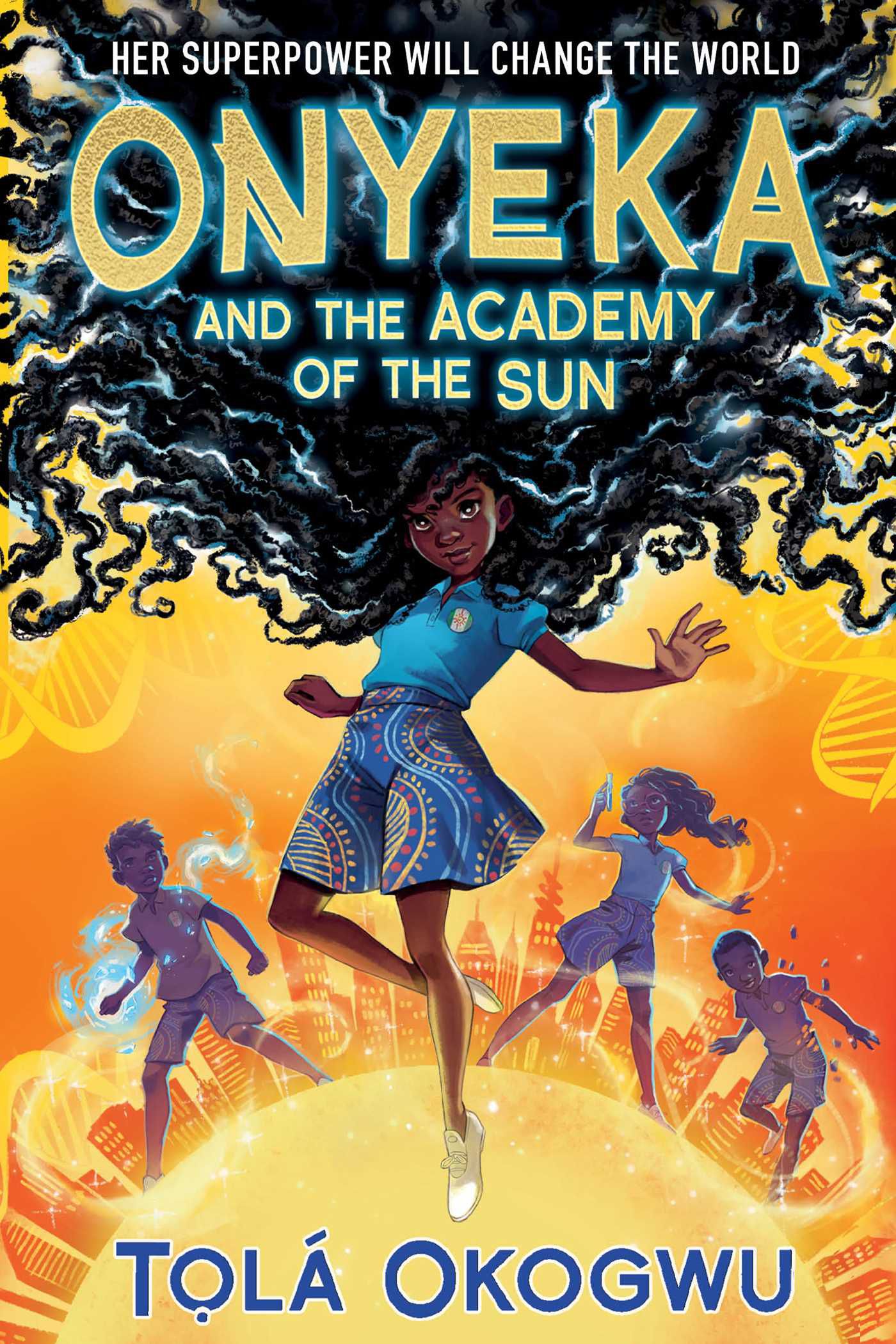 Onyeka and the Academy of the Sun by Tọlá Okogwu (June 14; Margaret K. McElderry Books)

Onyeka has a massive amount of hair, so much that strangers often gawk at her. While she’s always felt uncomfortable about her hair, when her best friend Cheyenne almost drowns, Onyeka’s hair — yes, her hair — seems to save Cheyenne. She confronts her mother, who informs her that Onyeka has inherited her absent father’s powers and is one of the Solari, a group of Nigerians who have superpowers thanks to scientific experimentation. Onyeka and her mother travel to Nigeria so Onyeka can learn how to master her magic. Once she learns that many Solari are dying and her mother disappears, she realizes she has a bigger mystery to unravel than how to train her magic hair. This Nigerian-based middle grade fantasy provides action-packed fun and nonstop Black girl magic. It’s already been optioned by Netflix!