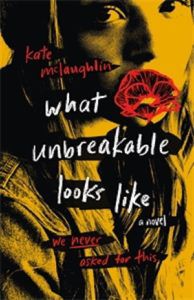 Lex was taken – trafficked - and now she’s Poppy. But when the girls are rescued, she doesn’t quite know how to be Lex again. After she moves in with her aunt and uncle, for the first time in a long time, she knows what it is to feel truly safe. Except, she doesn’t trust it. Kate McLaughlin’s What Unbreakable Looks Like is a gritty, ultimately hopeful novel about human trafficking through the lens of a girl who has escaped the life and learned to trust, not only others, but in herself.

Can you believe we’ve made it halfway through 2020 and into the height of summer already? I sure cannot. But a new month is here and is bringing a boatload of fantastic July 2020 YA books that you’re going to want to read poolside or beachside, or if you’re me, in a hammock under a shady tree. We’ve got some really exciting debuts, but mostly lots of great YA books by stellar authors you already know and love! So grab a book and stay safe, no matter where you prefer to read. 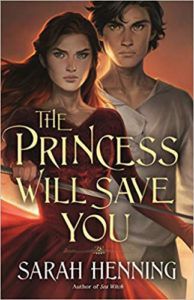 The Princess Will Save You  by Sarah Henning

Princess Amarande of Ardenia is not the type of princess to be told what to do. When her father dies and her kingdom is in jeopardy, she’s ordered to marry a stranger—and then her love, a stable boy, is kidnapped. Amarande must rely on all of her wits to rescue him and keep her kingdom from going to war. I love The Princess Bride vibes coming off of this new fantasy novel! 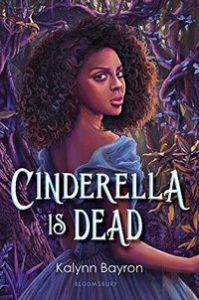 Two hundred years after Cinderella won the prince’s heart, the girls in her kingdom are forced into a horrible ritual. They must attend a ball where the men pick them for wives, and the girls who aren’t picked disappear. Sophia doesn’t want to be married to a man as she much prefers her best friend Erin. So on the night of the ball, she runs away and in Cinderella’s tomb she meets one of her last descendants—and the two team up to put an end to the ball. I absolutely love the sound of this book, and I can’t wait to get my hands on a copy. 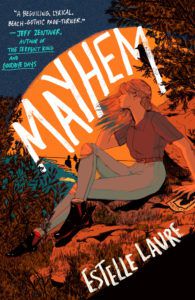 Set in 1987, this book is about Mayhem, who flees with her mother to a California beach town where she learns that all of the odd things about them add up to a shocking secret: the female line of their family possesses magic. As Mayhem learns what exactly that means, she is drawn into a mystery involving local girls who are being kidnapped from the beach, and she must decide if she’s going to put her powers to use in order to stop the man responsible. 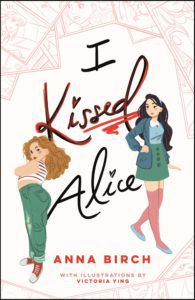 I Kissed Alice by Anna Birch

Rhodes and Iliana are both fiercely competitive at their demanding Alabama Conservatory of the Arts, and it’s not long before they find themselves up against each other for a prestigious scholarship. They both unwind by participating in a fan fiction website, obscured by anonymous usernames, where they unwittingly team up to collaborate on a webcomic. But it’s not long until they start falling for each other online, even as the competition heats up IRL. I love a good enemies to lovers romance! 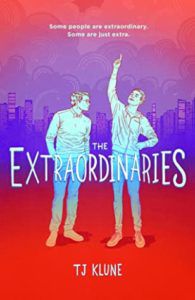 The Extraordinaries by TJ Klune

Nick Bell isn’t one of the Extraordinaries, but he’s well known as a fan fiction writer for The Extraordinaries. When a chance encounter with one of his heroes sets Nick’s sights on becoming an Extraordinary, he relies on his best friend Seth to help him along the way—but he may need to reevaluate his priorities when he catches romantic feelings for Seth. This is a fun new superhero novel, plus I read Klune’s new adult novel The House in the Cerulean Sea and LOVED it, so I can’t wait to check this one out. 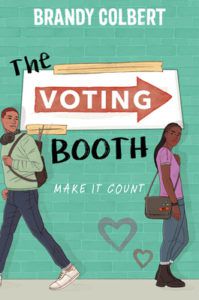 Marva is a born political activist, and she’s been waiting for Election Day. Duke doesn’t really care—he just wants to vote and then get to his band’s gig. But when Duke is turned away at the polling place and Marva witnesses this, she gets indignant. She’s determined to see that Duke gets to vote, taking them on a wild chase across precincts and bureaucracy to see that he exercises this right—and along the way, the two become unlikely friends.

Want more YA books about elections and voting? I’ve got you covered. 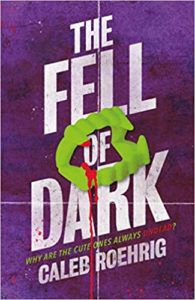 The Fell of Dark by Caleb Roehrig

August lives in Fulton Heights, which is at the precise crossroads for some serious energy fields that draws all the supernatural beings to the area. When August’s new crush turns out to be a hot vampire full of cryptic warnings, he gets sucked into a dark supernatural mystery! I’ve loved all of Caleb Roehrig’s books and I can’t wait to see what he does with the vampire genre! 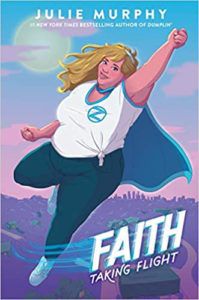 Faith is a pretty normal teenager who volunteers at the animal shelter, hangs out with her friends and grandma, and loves watching the TV series The Grove. Then some extraordinary things begin happening to her: The Grove starts filming in her hometown, she discovers she can fly, and animals and people start to go missing—forcing Faith to step up and solve a puzzle no one else can see! 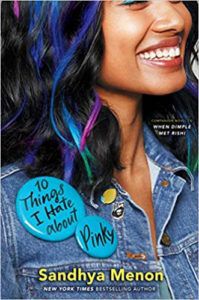 Pinky always has a cause to rally around, in part because she’s passionate, and partly because it annoys her uptight parents. Samir is a rule-following, organized guy with clear goals for the future. They’re kinda sorta enemies, but when Samir’s internship falls through and Pinky wants to get her parents off her back, they come up with a fake dating scheme that will hopefully make things easier for both of them this summer—or it may turn out to be the most exciting and complicated summer ever. 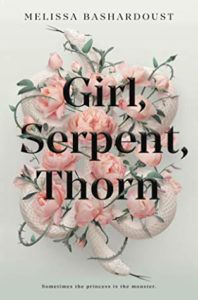 Soraya is poisonous to the touch, and she’s spent her entire life on the fringes, only safe when she’s in her garden. But as her twin brother’s wedding day approaches, Soraya realizes that she must make a decision about her life—look into the darkness to find answers she seeks, or find the bravery to step out into the light. I loved Girls Made of Snow and Glass, so I’m really excited for this new book!

What books are you looking forward to reading this month? Let us know on our YA Instagram account, @BookRiotYA!