Fair or unfair, I judge people by what they read. If someone has a collection of dog-eared Murakami paperbacks, or the entire catalogue of Terry Pratchett (let’s face it, you’ve either got none or heaps), then I know we’re going to be fast friends – swapping in-jokes; discussing favourite books; sharing reading experiences. 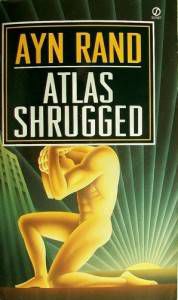 Conversely, if someone has a copy of Atlas Shrugged on their bookshelf, whether they’ve read it or (more likely) not, then I start to form all sorts of opinions about what sort of person they might be. I can’t help it. Why have they spent so long ploughing through Ayn Rand’s giant tome? Why would they engage with a writer whose self-involved ‘objectionist’ world view I find so odious?

These snap judgements are rarely accurate or helpful. For example, I own a copy of Atlas Shrugged. It’s a squat toad sitting on my bookshelf, hidden under the rocks of other books, waiting to be read, but it is still there to find for anyone perusing my book shelf. What does this say about me? Well, it gives a little glimpse into my social network. The book was a present from a friend, alongside Milton Freidman’s Capitalism and Freedom; an attempt to persuade me of the benefits of free market capitalism. The fact that I own it, doesn’t mean that I agree with it. Someone’s personal library becomes a really interesting glimpse into a wider network of friends and influences, not just an imprecise biography. 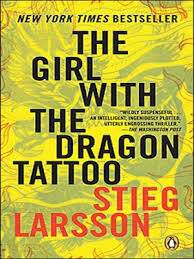 I’m not alone in making these types of judgements. A recent study by Eharmony found that people who listed ‘reading’ on their dating profile received more messages: 19% more for men, and 3% for women. (Despite this overall positive trend, I still find the disparity slightly disheartening.)

What was really interesting were the types of books that their users seemed to find attractive in a prospective partner. The Girl with the Dragon Tattoo had a really strong positive effect for both sexes – which I think may be due to the pleasure of shared cultural knowledge, rather than an interest in hacking (or serial killing…). But, pity the male Harry Potter fan: mentioning the bespectacled boy wizard resulted in 55% less messages! I would say though, reading Richard Branson’s Screw It, Lets Do It and Like A Virgin had the largest positive impact for male profiles, so there’s no accounting for taste…

Leaving aside its many problems – the lack of attention to confounding factors; the very specific user base –  the study itself does highlight how we use books when we form opinions of others. Books are a form of cultural capital. We judge people based on their reading habits, but they also use books to perform a version of themselves. (It’s unsurprising that there are even books on how to talk about books that you haven’t read!)

We need to be careful not to jump to conclusions about what people are reading, and rather celebrate the fact that they are reading at all – exposing themselves to different ideas and perspectives, and hopefully encouraging their own critical thinking.