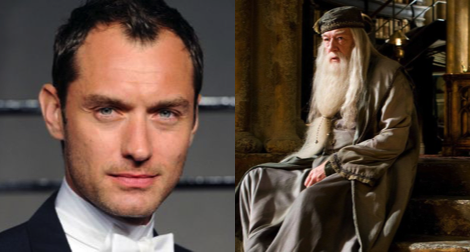 Harry Potter fans, brace yourselves: there has been another update from the wizarding world. Jude Law will be joining the cast of the sequel to Fantastic Beasts and Where to Find Them as young Dumbledore. Jude Law, currently starring in HBO’s The Young Pope, will be joined by Eddie Redmayne and Johnny Depp reprising their roles as Newt Scamander and Grindelwald, respectively.

The tensions that will play out in the newest installment of Fantastic Beasts are bound to be interesting. We know that Dumbledore and Grindelwald used to be friends and that, despite being expelled from Hogwarts, Newt Scamander has a special relationship with his former transfiguration professor, Dumbledore. These tensions will make for a darker story than the first movie, in which characters will be forced to pick allegiances, according to Variety. By all accounts it sounds like Jude Law’s version of Dumbledore will be a far cry from the wise Headmaster we’ve all grown accustomed to.

This will be the second movie script written by J.K. Rowling, the first being Fantastic Beasts and Where To Find Them. Given her tendency towards letting the story grow up with each installment, displayed in the Harry Potter series, it will be interesting to see where she takes the next four movies in the series. Fantastic Beasts 2 is set to be released November 16, 2018. I don’t know about you, but while I wait I’ll be speculating about just how broody a young Dumbledore will be.