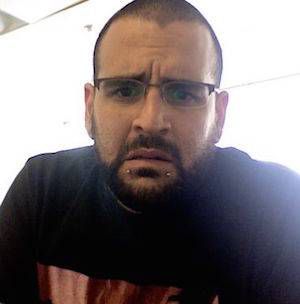 Imagine being able to read Harry Potter for the first time again. Or The Hunger Games, or His Dark Materials, or the Discworld books. What would it be like to regain the excitement of not knowing what was going to happen next and falling in love with characters without knowing where they’ll end up? Although literary Eternal Sunshine of the Spotless Mind has not yet been perfected, you can do the next best thing and start reading Mark Reads.

Mark Oshiro is a blogger and author who does chapter-by-chapter reviews of books (and episode-by-episode reviews of TV shows). He often describes it as “A book club where I’m the only one who hasn’t read the book.” His slogan is “I am not prepared.” My first experience with Mark Reads was Mark Reads Harry Potter, and being able to read someone’s first encounter with HP warmed my Hufflepuff heart. The fact that it came from a queer, anti-racist, intersectional perspective made it the perfect place for me to sink hours into.

Later, I would backtrack and experience the first Mark Reads: Mark Reads Twilight. That one is more schadenfreude style of enjoyment. Since those early days of reviews, though, the Mark Does Stuff empire has expanded into lists of TV shows and books, including Lord of the Rings, Tamora Pierce’s work, The Book Thief, and tons more. Mark has quite the legion of fans, but the comments section is incredibly thoughtful and civil, and is always worth looking at. As he has gathered fans, Mark Reads has also expanded into videos. As weird as it sounds to describe, people sponsor videos where Mark reads chapters for the first time out loud, so you get his reactions as they happen. Thank of all the times you’ve lent a friend your favourite book and have struggled not to call them up every five minutes to ask “Where are you? Did that thing happen yet? What do you think??” Now you can actually watch someone react to a plot twist. And what’s even better, Mark does not disappoint with the reactions.

(In fact, there’s a whole tumblr for it: Mark Reacts.)

I can’t recommend Mark Reads and Mark Watches enough. (And I try. My friends and coworkers are used to me saying “Have I told you about Mark yet?” like I’m trying to spread the gospel.) On top of the inherent fun of being able to reread a favourite through new eyes, Mark is also an incredible writer: funny, insightful, and inclusive. It’s a relief to be in a community that can enjoy media while acknowledging where it fails, whether that’s technical flaws or perpetuating of prejudices.

Since becoming a fan, I’ve had the chance to meet Mark a few times, and let me tell you, if you ever get the chance to go to one of his events, you definitely should. They are unfailingly hilarious and thoughtful, and you will not be able to forget the fanfic he shares. Besides, he’s just a fantastic person to hang out with if you have the opportunity.

And what do you know, there’s an opportunity coming up soon: Book Riot Live! Mark is going to be one of the guest speakers, so there’s just another or so many reasons to attend! See you there! (And if not, I hope to see you in the comment section at Mark Reads! Don’t be alarmed by the laughing nuns.)