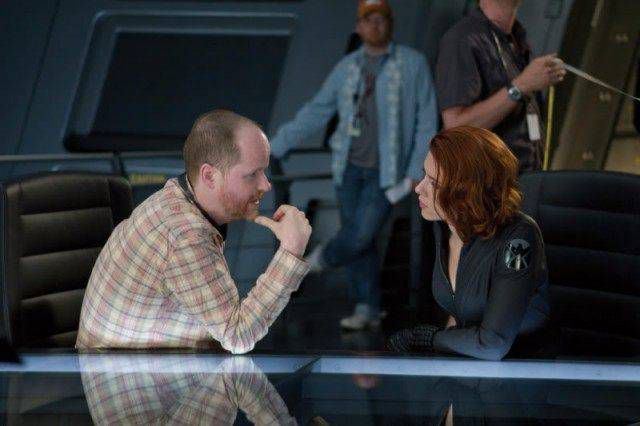 #NotAllMen but a certain group of people, made up of almost all men, are rabidly anti-feminist. Feminism is a word that people seem to react to and yet consistently misunderstand, the dictionary defines feminism as “A movement for granting women political, social, and economic equality with men.” Which shows that feminism is about equality; women need to catch up with all the benefits that just being born male has bestowed on 49% of the earth’s population for hundreds of years. Feminism then is a reasonable goal and yet every time an excuse presents itself a small percentage love to blame feminism for anything they can. Lots of red lights on the morning commute? Feminism. Ice cream melting? Feminism. Movie director leaves Twitter? Feminism.

When writer director and all round geek Joss Whedon left Twitter recently he only made one mistake, he didn’t explain why he was doing so in advance. This allowed people to read anything they wanted into his actions, allowing certain unethical male dominated groups to twist events and use them for their own agenda. Feminists forced Joss Whedon off Twitter! This chorus of blame also provoked a response from a few celebs who would in some cases normally be seen as progressive but they chose to deride feminism. What sparked this particular round of feminist-bashing was comments from some feminists complaining about a rape joke in Avengers: Age of Ultron and the damselling of the women characters. In particular one scene was getting a lot of pushback, due I think in part to poor editing, a scene that can be read as Black Widow calling herself a monster because she can’t have children.

Only blaming feminism for Joss leaving was entirely wrong, Buzzfeed got the real reason directly from Joss – he wanted some quiet time so he could concentrate on writing. That was it. Now that Joss has set the record straight have all those that incorrectly blamed feminism apologised or at least stopped the blame game. Not all, a few have doubled down into conspiracy theory territory, “Buzzfeed is lying,” “Joss is lying,” “Everyone is covering up the feminist takeover!” “Aliens ate my hamster!’ Some of the celebs that initially blamed feminism have since apologised, I suspect this was due to them getting misled on the reason why Joss left Twitter. Do the feminists complaining about Avengers: Age of Ultron have a point? It’s a lot more nuanced than a simple yes or no.

Joss is about as feminist as an “extremely rich white straight guy who works inside of the Hollywood movie system” can get. He’s restricted because of who he is, his personal experiences and the work he does, but he does go to bat for feminism regularly. Does he get it right all the time? Well no. He gets it wrong almost as much as he gets it right, but think about how hard he’s fighting inside of the highly misogynistic system of both Television and the giant Hollywood movie studios. Yes he gets thanks from us fans, he also takes flak from us, sometimes rightly as no-one is perfect. Avengers: Age of Ultron does have its issues, that’s for sure, yet it also has some really strong women characters and they get some kickass moments.

Are feminists in the wrong for critiquing Avengers: Age of Ultron? For me it is as much about how people went about it as why they were critiquing it. People who are calling the movie out for because it needs better representation for women are doing the right thing, it doesn’t not have enough women in it but that’s not all down to Joss, if he has any character say at all. The ‘I’m a monster’ scene should have been ‘I had something monstrous done to me.’ Yes mistakes are made with the women in the movie but overall Black Widow and Scarlet Witch are positive characters. Outside of the movie, anyone who undertakes personal attacks or makes threats of any kind is in the wrong, no matter what their political or social viewpoint is. It’s somewhat farcical that a few people decry all of feminism, a political movement that dates back to the 15th century, when a movie director quits a social media account. Sometimes it’s easy to lose perspective.

Everyone needs to be less extreme, keep calm Internet and carry on.