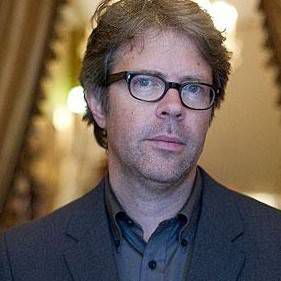 Jonathan Franzen is not for real. We are being trolled. He’s like the Ann Coulter of literary fiction at this point, just making bizarre statements to arouse the rage of pretty much everybody.

Of course I’m reacting to this interview with Susan Lerner, where he is professional dick about YA, Jennifer Weiner, all his usual suspects, and of course spends a lot of time reflecting on his life as a Very Important Man.

SL: Last night in your reading you spoke about your discomfort with using first-person point-of-view—

Anyway, usual Franzen schtick. The bookternet is most irritated with his ramblings about YA, which I think deserve a little bit of unpacking because they aren’t really about YA at all. Let’s do:

JF: Most of what people read, if you go to the bookshelf in the airport convenience store and look at what’s there, even if it doesn’t have a YA on the spine, is YA in its moral simplicity. People don’t want moral complexity. Moral complexity is a luxury. You might be forced to read it in school, but a lot of people have hard lives. They come home at the end of the day, they feel they’ve been jerked around by the world yet again for another day. The last thing they want to do is read Alice Munro, who is always pointing toward the possibility that you’re not the heroic figure you think of yourself as, that you might be the very dubious figure that other people think of you as. That’s the last thing you’d want if you’ve had a hard day. You want to be told good people are good, bad people are bad, and love conquers all. And love is more important than money. You know, all these schmaltzy tropes. That’s exactly what you want if you’re having a hard life. Who am I to tell people that they need to have their noses rubbed in moral complexity?

The interviewer is surprised by Franzen’s response; I’m not. You guys, this is some elitist bullshit, and for once it has nothing really to do with YA. He’s not trashing on YA readers here, though he is making some assumptions about what YA is which I will address in a second. He’s trashing on people: people with jobs and lives. People who, perhaps, use literature to escape. And he’s framing it in terms of work: working class people, to Franzen, can’t be bothered with the moral complexity of “real” literature. Moral complexity, then, is for the wealthy. Working class people need simple stories. Alice Munro isn’t for working folk.

I think Alice Munro would be the first person to tell Franzen he has no idea what he’s talking about.

Cool story, bro. Franzen’s least appealing quality is his desire to pontificate about things he knows nothing about; I get that he doesn’t want to read YA, but he should also stop talking about it. Because every time he opens his mouth, he shows off how little he knows.

And then, he turns to Jennifer Weiner. Franzen talks about Weiner so much that if they were in an office-based sitcom we’d all be expecting them to hook up any second. His latest thoughts are as enlightening as ever:

JF: It’s tricky because there’s something about Jennifer Weiner that rubs me the wrong way, something I don’t trust…

JF: What is it? She is asking for a respect that not just male reviewers, but female reviewers, don’t think her work merits. To me it seems she’s freeloading on the legitimate problem of gender bias in the canon, and over the years in the major review organs, to promote herself, basically. And that seems like a dubious project that is ideally suited to social media, where you don’t actually have to argue, you just tweet. Where is her long essay about this, where she really makes a case? She has no case. So she tweets.

SL: No case for herself, you’re saying?

JF: Yes. No case for why formulaic fiction ought to be reviewed in the New York Times.

SL: But I think she also advocates for other female authors whose work might be termed more “literary” rather than “commercial.”

JF: Good for her.

SL: She’s written that because she perhaps has less at stake in the literary community than women who write more “literary” fiction, she’s become the de facto spokeswoman.

JF: That’s unfortunate, because it’s an important issue and she’s an unfortunate person to have as a spokesperson.

SL: Have you read any of her books?

Love it when JFranz makes my point for me.

This is the key. Franzen is a literary writer who has decided there is an uncrossable divide between the stuff he cares about and the stuff us ordinary people with no capacity for moral complexity care about. And you know what, that’s fine. That makes him like probably no fun at parties or whatever, but it would be a fine position to take if he didn’t insist on constantly pontificating about things he is actively, consciously ignorant of. I don’t care if he reads Weiner or not, but I do care that he dismisses her literary relevancy without ever having read her books.

Of course, because this is a Jonathan Franzen’s Greatest Hits compilation, he needs to complain about Twitter. Don’t worry, he doesn’t disappoint:

JF: TV redeemed itself by becoming more like the novel, which is to say: interested in sustained, morally complex narrative that is compelling and enjoyable. How that happens with pictures of you and your friends at T. G. I. Friday’s isn’t clear to me. Twitter isn’t even trying to be a narrative form. Its structure is antithetical to sustained and carefully considered story-telling. How does a structure like that suddenly turn itself into narrative art? You could say, well, Gilligan’s Island wasn’t art, either. But Gilligan’s Island paved the way, by being twenty-two minutes of a narrative, however dumb, to the twenty-two minutes of Nurse Jackie.

Hear that, art? If you’re not narrative, you’re wasting everyone’s time. Apparently narrative art is the pinnacle of success, and anything that isn’t narrative can jump in the lake. What kind of grounds is that for a critique of Twitter? It doesn’t even make sense. Dear Twitter, You are not a novel and should die. Sincerely, JFranz.

I wish Franzen was actually intellectually curious, because I think it would be interesting to see him genuinely engage with what Jeet Heer (as an essayist) or Arjun Basu (as a short story writer) do with the form. But that’s my biggest frustration with Franzen: he has zero interest in learning anything new. He just wants to pontificate about the same old tedious nonsense over and over.

I’m going to skip over the really bizarre paragraph that was supposed to be about being on The Simpsons but instead seems to mostly be about how he is still a poor, Midwestern boy at heart (that’s one elitist country boy) and instead get to my next favourite bit:

SL: You do seem to be, amongst writers, a polarizing figure. I don’t mean to be offensive, but it seems to be that you are the writer other writers love to hate. Why do you think this is?

Aw snap, everyone who isn’t Franzen.

JF: Whatever. I know that would be my first response: Let’s kill him: how did he get that coverage? It’s a natural response for any writer, me no less than anyone else. I went through a period of hating John Updike, really for no other reason than that he kept writing the books and getting praised. Am I particularly polarizing? Am I more polarizing than Jennifer Weiner or Philip Roth? I don’t know if I’m particularly polarizing.

SL: I think with the ubiquity of social media and the engagement of writers on Twitter . . . my feeling is yes, you are.

JF: Really. Well, I don’t spend time on those media, and you can see why. Why would I want to go there? To some extent I feel it means I’m doing my job, which is to try to tell the truth. You know, no prophet is welcome in his homeland. If I am indeed a polarizing figure here, it is certainly true that I am not a polarizing figure in Europe.

I have had pet rocks with more self-awareness and grace than Jonathan Franzen.

Ah, I can’t go on. It’s too self-indulgent. It reads like an MFA student interviewing her king, which is fitting because that’s exactly what it is. And so the Franzens keep being and making new Franzens, and they wonder why they are so misunderstood. And the rest of us non-Franzens keep reading Franzens, and we wonder how they got so out of touch.

It was ever thus.