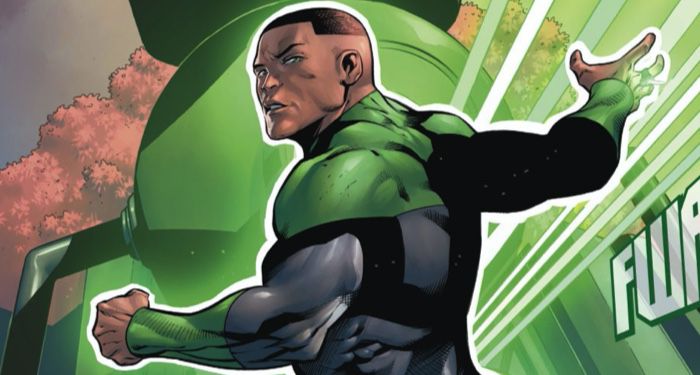 We need to to talk about Earth One. Not Earth-One (or Earth-1), the universe(s). Of which there have been two. Earth One, the graphic novel series.

You know what, let’s back up for a second. This is DC stuff we’re sifting through, which means I should take the time to clarify anything time- or dimension-related.

In the spirit of the upcoming anniversary, hold on to your Lanterns.

The first DC Earth-One popped up in Justice League of America #21 (August 1963) following the publication of The Flash #123, which spun a marvelous tale of made-up physics to explain how Jay Garrick and other Golden Age heroes could pop in to say, “Hiya” to a SilverAge Barry Allen. This crossing of streams went along very nicely until 1985’s Crisis on Infinite Earths when Earth-One and four other surviving parallel universes were merged into a single continuity. In 2007, the New 52 reboot split Earth-One—along with fifty-one other dimensions—off again, because DC editorial apparently has the attention span of a headless chicken.

And then we have the Earth One graphic novels, which are something different yet again; the series harkens back to the Elseworlds traditions of old, reexamining the origin stories of DC’s greatest heroes and reframing them for the 21st century. These tales ask what Superman, Batman, Wonder Woman, and others would be like if they were being created and written for the first time today, emerging into a modern world of remote warfare, mixed messages, and moral ambiguity.

Please keep in mind this is a continuity in which someone decided it was absolutely fine for Grant Morrison and Yannick Paquette to nod to Wonder Woman’s origins by making her book a gross bondage circle jerk. 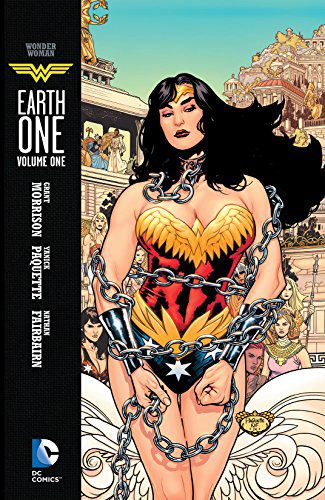 And no, it’s not just the cover.

But we’re here to talk about Green Lantern John Stewart, who we recently learned would be going Yellow in Vol. 2 of Green Lantern: Earth One. And excuse Gabriel Hardman, Corrina Bechko and whoever else made this decision very much, because John Stewart would never in any timeline do that.

In Vol. 1 of Green Lantern: Earth One, we find Hal Jordan in deep space, a miner working for Ferris Galactic. He and his colleagues discover an alien ship upon which they find…go ahead. Guess. That’s right: a lantern shaped battery and a ring. Jordan manages to control the power with his will but is attacked by a giant robot Manhunter that yeets him all the way to Bolovox Vik where he meets Kilowog, your favorite pink space hippo and mine. Kilowog tells Hal the story of the Green Lanterns, once mighty defenders of the galaxy but now mostly ghost stories thanks to the Manhunters. Kilowog, who also has a ring, offers to train Jordan, who accepts, and they go in search of the few other surviving Lanterns. Things do not go spectacularly well, though Jordan does manage to gather the remaining Lanterns on Oa and establish a bulwark against the Manhunters only for the small, reconstituted Corps to find themselves faced with the Yellow Lantern Corps.

Vol. 2 is going to focus on the dangers presented by said Yellow Lantern Corps and their new recruit, physicist John Stewart.

There are a couple aspects of the decision to make Stewart a Yellow Lantern that I want to take a look at here.

First of all, my gut reaction. Which was, “thanks, I hate it, just this once let’s not.” Stewart is smart, he’s politically savvy, and he’s not a huge fan of authority. “But Shiri,” you may be thinking, “the Earth One books are an alternate reality.” Sure, they’ve reimagined the circumstances under which heroes become heroes, but they haven’t, at least insofar as I can tell from the ones I’ve read, made fundamental changes to anyone’s character. Hal Jordan is still a space cowboy. Superman is still…Superman. Wonder Woman still wants to save the world of man from itself. So I have a hard time believing the authority-allergic John Stewart, who left the Marines for a reason, is going to join, let alone lead, an eerily “lockstep” Lantern force. In main continuity, Stewart is also a member of the Justice League, meaning it’s fundamental to his moral code to fight fear, not use it. Stewart has resisted becoming a Yellow Lantern in the past and one of his greatest powers is compassion, which has allowed him to wield an Indigo ring; Indigo Lanterns are essentially the saints of the DC-verse, and that level of empathy and the use of fear as a weapon are mutually exclusive.

If we’re looking at the Earth One books as an exercise in “what if these heroes were born today,” though, there’s a much larger issue with John Stewart not only becoming a Yellow Lantern but taking command of that Corps: DC is not only immersing the first Black Green Lantern in a culture of fear, they’re ultimately making him the root cause of it. It persists because he wills it to persist. It rules because he wills it to rule. 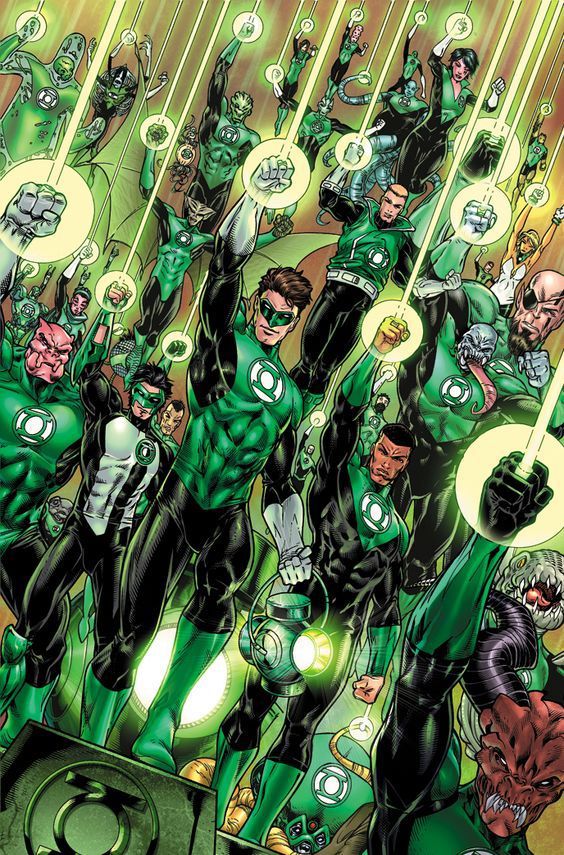 As I’ve noted in previous pieces, one of the best things about the Green Lantern Corps is that its members can be and have been anything. Squirrels. Squids. Pink space hippos. Vegetable-lookin’ things. Sentient planets. Actually little green men. AIs. Princesses. Vietnamese grandmas. So why in the name of Martha would you not use the purple elf who’s usually the head of the Yellow Lantern Corp or literally anything or anyone else to be king of fear? Yes, books take a while to write. Yes, they take even longer to get published. But Black men wearing masks being arrested when everyone is supposed to be wearing masks is just a new manifestation of a very old problem. One that DC is playing on blindly at best and at worst, exploiting deliberately to garner buzz.

And if the story had to go this way, perhaps an #OwnVoices creative team to make certain it was done correctly?

As you’ve probably guessed, I’m not planning on reading this one. Which doesn’t mean I’d stay away from any and every storyline where John Stewart isn’t a paragon. John Stewart is a person, albeit a fictional one, and people make mistakes. They screw up, take the wrong path, have turn around, backtrack, climb a wall,  sometimes beg. DC’s mistake in Green Lantern: Earth One, Vol. 2, however, is far more egregious: they’ve either forgotten or chosen not to care that comics, like all other art forms, are always political, and story decisions aren’t and can’t be made in a vacuum.