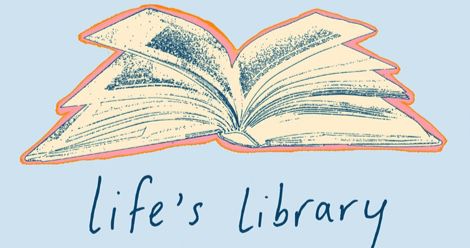 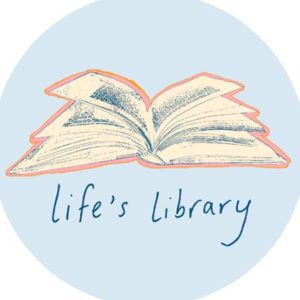 “The idea is that every six weeks for one year, a group of people will read a book together,” he explained in a video announcing the project.

He and Rosianna will alternate choosing the books, which will range from “YA novels to mysteries to memoirs,” says John. “We want to read broadly and celebrate lots of different kinds of books.”

Discussions will take place on a Discord channel, which John explains as being “like a chatroom, except better in every way.”

There are three ways to participate in John Green’s new book club.

The first is to purchase the physical subscription to Life’s Library, which costs $25 every 6 weeks. Subscribers receive a paperback copy of the book, a letter from either John or Rosianna explaining why they picked it, a reading guide, a Q&A with the author, and various other goodies such as postcards, lapel pins, book plates, and more (free international shipping is included). Subscribers can also download a podcast of John and Rosianna discussing the book.

The second is a digital subscription to Life’s Library, which costs $10 every 6 weeks and gives subscribers access to the downloadable letter, reading guide, Q&A, and podcast, along with miscellaneous digital perks such as printable bookmarks. Digital subscribers supply their own copy of the book.

The third way is simply to pick up the book from your local library and join the discussion on the Discord channel, which is free and open to everyone.

John’s first pick is If You Come Softly by Jacqueline Woodson, who is one of his favorite authors. He says that though the book was first published in 1998, it “still feels blisteringly contemporary.”

I am SO EXCITED about this. Thanks @Johngreen for choosing If You Come Softly to kick off #LifesLibrary. Life's Library https://t.co/iv35W3JR1n via @YouTube

All profits from the Life’s Library subscription services will benefit Partners in Health, an organization working to provide people in poverty with access to modern health care. John and his brother Hank, who together run the Vlogbrothers YouTube channel, have been long-time supporters of this nonprofit, helping raise over $500,000 for them between the 2014 and 2016 Project for Awesome fundraisers.

When John first announced the project, he noted that it would only launch if enough people signed up. Met with a rush of support from prospective participants, he confirmed the launch two days later.

Due to the overwhelming response to Life's Library, it is NOW AVAILABLE FOR PURCHASE on https://t.co/84hR1RTRDN! Check out both the physical and digital subscriptions here! Thanks Nerdfighters for making this happen!!! @johngreen @RosiannaRojas https://t.co/2V4nEWjmCN pic.twitter.com/b5d6w865qt

If you’re interested in signing up for either the physical or digital subscription for Life’s Library, you have until November 16th to do so through DFTBA.com. According to the site, the first physical subscription box will ship on December 4th, and the discussion of If You Come Softly will begin December 17th.

In the announcement video, John mentions some of the motivation behind starting Life’s Library.

“Lately I’ve been missing not only the feeling of reading a book with a lot of people,” he says, “but also the experience of a slightly less open, more community-oriented internet where we do and make stuff together. Not to be overly dramatic, but lately a lot of my time online feels like I’m, you know, shouting my despair into an infinite void.”

So, he decided to partner up with Rosianna, a fellow YouTuber who has been working with him since 2013. She started out as John’s assistant, but in 2015 she became his producing partner for first-look movie production deals of his books with Fox 2000. John said in a recent episode of his podcast Dear Hank and John that Rosianna is “the best read person I know.”

Together, they’re going to try to recapture the sense of community that was such a vital part of YouTube’s early days. Book clubs have even been a periodic part of Nerdfighteria, the fan community that sprung up around  the Vlogbrothers channel, which has been around since 2007. Over the past dozen years, John’s led the Nerdfighter Book Club through discussions of texts like The Catcher in the Rye, Behind the Beautiful Forevers, and The Great Gatsby.

If you can’t wait to see what else John will pick for Life’s Library, you can tide yourself over with these 99 book recommendations he’s given over the years.