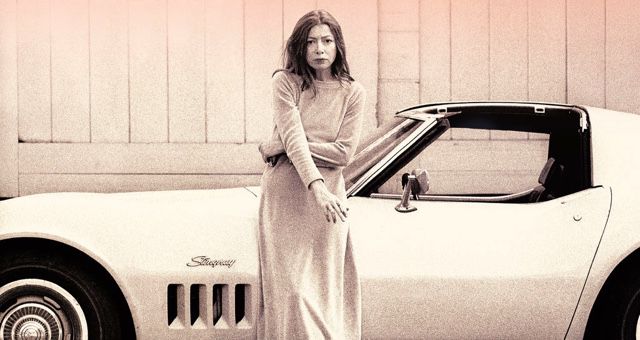 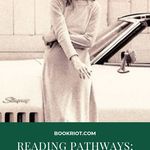 Ask any nonfiction writer if they’ve read Joan Didion and you’ll likely get a resounding yes. A renowned journalist, Didion’s essays and cultural criticism are mainstays of many nonfiction MFA programs, as well as seminal works young writers (and writers of any age, really) return to again and again for inspiration and to pick apart on a craft level. Didion has published a variety of both fiction and nonfiction, each of which deserves a reading pathway of its own.

The Year of Magical Thinking

This was the first book of Didion’s I ever read, when it first came out in 2005. I remember when I heard about the memoir and it piqued my interest: a writer dealing with not only a medical mystery with her adult daughter, but then also dealing with the sudden death of her husband, the writer John Dunne. I rarely buy hardbacks, but I bought this one, and I vividly recall cracking it open and starting to read—and having to put it down often because the writing was so incisive. Didion captures the dizzying impact of grief, as well as the magical realism aspect of learning to live in a world where a loved one has ceased to physically exist. It doesn’t seem possible, the sun seems too bright, everything seems wrong—surely they are coming back any minute. As she wrote, “Life changes in the instant.” Didion grapples with loss in a cerebral, analytic way, but manages to retain the humanity of grief at the same time. I have returned to this book multiple times after losing loved ones, and it always brings me comfort. 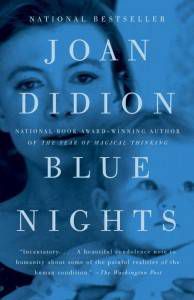 I would be remiss if I didn’t include this one as well. I think of this almost as a “sequel” to Magical Thinking, because it’s a continuation of the story, in a way; this time, focusing on Didion’s daughter, Quintana Roo, and her continued medical ailments and eventual death. Didion has been here before, however, and the tone of this book feels different than Magical Thinking. She is less…stunned. When I say that, I do not mean she is less affected, by any means. I mean that the landscape of immeasurable grief isn’t as foreign to her as it was before. In this book, Didion examines the ambiguities and ambivalence of motherhood and the role of a parent, as well as her own anxieties about getting older. 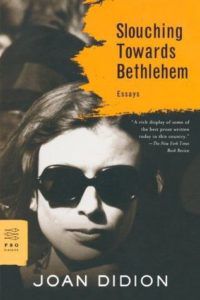 This is my very favorite essay collection of Didion’s; perhaps that’s a cliché, but I don’t care. It contains her essay “On Keeping a Notebook” and the infamous love-hate letter to New York, “Goodbye to All That,” which I must have read and reread at least 100 times during my last stint in Manhattan. But it also has some essays about California, which I think are underrated—most people think of Didion and think of New York, but for me, I always think of her paired with California. Her essay “On Self-Respect” is a must-read when you need a good kick in the butt. 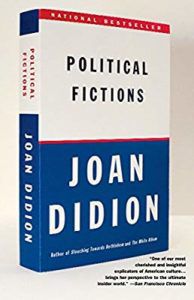 When one thinks of Didion, one doesn’t necessarily think of politics—but this book might change your mind. It’s an older book; it came out in 2001 and covers politics from 1988 through the 2000 election. But the brilliance and precision with which Didion observes the political workings still holds true today, maybe even more so now. She examines how the press, the politicians, and what we would call today the “influencers” create stories and personas that are full of biases—not to mention that even then she was chronicling religion’s rising role in politics. She spares no one, and it’s a fascinating read, especially against the backdrop of today’s political climate.

To be honest, you can’t lose with Didion, no matter what books you start with. But if you’re unsure about where to begin, these are great. If you want more writing on California especially, also check out her nonfiction book Where I Was From. Which one is your favorite?