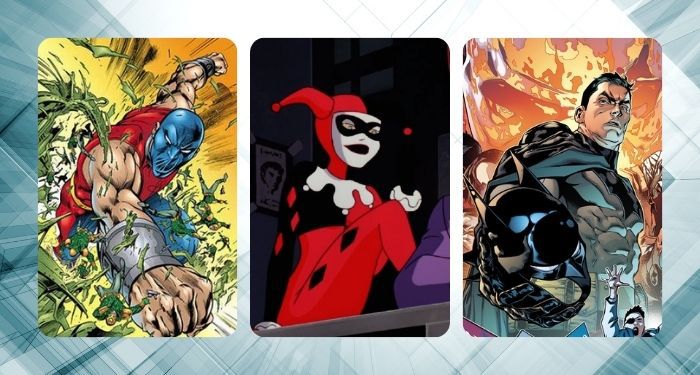 I have lost track of the amount of articles, thinkpieces, reviews, and podcasts I’ve encountered online that open by announcing, with great fanfare, that many of the writers and artists who created your favorite superheroes were Jewish. Hell, I’ve done it more than once myself. Jerry Siegel and Joe Shuster, the creators of Superman; Bob Kane and Bill Finger, the creators of Batman; Stan Lee (nee Stanley Lieber), Jack Kirby (Jacob Kurtzman), Joe Simon (Hymie Simon), Will Eisner…the list goes on.

I have read (and written) at length about the Jewish coding behind characters like Superman (a refugee with the Hebrew-inspired name of Kal-El who escaped a dying world at the onset of the Holocaust) and the Thing (a golem from New York’s Lower East Side who would only be revealed to be canonically Jewish in 2002, a whopping 41 years after his debut). About the Jewish moral philosophy behind ideals like “With great power comes great responsibility.” About what it means that Jewish artists sculpted this art form during a time that they couldn’t get work in what were considered more prestigious fields, like newspaper comic strips and advertising.

Not of talking about Judaism and Jewishness in comics. But of it continually being presented as a surprise, a gotcha, a shocking fact no one knows!

I understand that everyone comes to knowledge at different times, and comics are a niche subject even if I personally think about them 25 hours a day. But when this has been exhaustively covered, especially by Jewish writers, announcing it like news stops feeling like celebration, and starts feeling like erasure. Especially when the publishers further obscure the Jewishness of their product by downplaying their very few Jewish characters — even, as we’ll see, when promoting explicitly Jewish books.

This isn’t just an internet discourse thing, after all; there are multiple books on the subject. The earliest one I know of is Disguised as Clark Kent: Jews, Comics, and the Creation of the Superhero by Danny Fingeroth, which was published way back in 2007, a full 14 years ago. It was followed by From Krakow to Krypton: Jews and Comic Books by Arie Kaplan, Jews and American Comics: An Illustrated History of an American Art Form by Paul Buhle, Up, Up, and Oy Vey: How Jewish History, Culture, and Values Shaped The Comic Book Superhero by Simcha Weinstein, Superman Is Jewish?: How Comic Book Superheroes Came to Serve Truth, Justice, and the Jewish-American Way by Harry Brod, and Is Superman Circumcised?: The Complete Jewish History of the World’s Greatest Hero by Roy Schwartz. And that’s just what I found in a two minute Amazon search, so I’m sure there’s more out there. This is hardly unbroken ground.

The comics publishers themselves don’t help the way the conversation is framed. This year, DC released the graphic novel Whistle: A New Gotham City Hero by E. Lockhart and Manuel Preitano as part of their YA line. It’s a charming story about Willow Zimmerman, a Jewish teen who develops superpowers and uses them to protect her Gotham neighborhood.

DC marketed Whistle as the first new Jewish superhero from them in 40 years. First of all, if that were true, it would be an embarrassing self-own. But it’s not true. Harley Quinn was introduced on Batman: The Animated Series in 1992, and folded into the main DC universe in 1999. Kate Kane was reintroduced as Batwoman in 2006. And Al Rothstein, who has gone by Nuklon and Atom-Smasher, debuted in 1983, squeaking in just under that 40 year cutoff.

I sort of get why Harley and Kate might be excluded from that stat. After all, Harley’s usually somewhere on the villain to antihero scale rather than a pure hero. And Kate was technically a revamp of a much older character, Kathy Kane, who first appeared in 1956 — the 2006 version was significantly revamped to be Jewish, a lesbian, and Bruce Wayne’s cousin.

But it feels like splitting hairs to me to exclude them from the category of “recent Jewish heroes.” It feels especially icky when taking into account how high profile they both are: Harley has starred in three movies and her own TV show (the latter of has been called out for its use of antisemitic tropes), and Kate starred in the first season of Batwoman before the departure of the actress playing her, Ruby Rose, led to casting Javicia Leslie as a new, non-Jewish Batwoman. These are characters that hundreds of thousands of people who’ve never picked up a comic book know the names of; why is their Jewishness suddenly being rules-lawyered out?

And there’s no reason to exclude Al Rothstein from that list at all, so why does he disappear from the promotional statistic? When he’s played by Noah Centineo in next year’s Black Adam and goes from obscure C-lister to movie star, will his Jewishness be further downplayed or erased?

Presenting a hot new character of a given marginalized identity as the first ever or first in X amount of years is not a new thing. When Kamala Khan debuted as Ms. Marvel in 2014, she was proclaimed far and wide to be the first Muslim character in the Marvel universe and/or superhero comics, neither of which is true. Yes, she was and remains by far the highest profile Muslim character in superhero comics, but that’s not the same as being the first, and this pattern of overemphasizing scarcity merely serves to whitewash (and straightwash, Christianwash, etc.) comics more than they’ve already done themselves. Kamala’s Muslim predecessors may have been obscure and often stereotypically presented, but that didn’t mean they weren’t important to Muslim readers.

Similarly, it was important to me to see Al Rothstein speaking Yiddish on the page, years before Whistle came along. It was important to see Harley celebrating Hanukkah, or Kate struggling with a very Jewish ambivalence about her faith. As much as I loved seeing Whistle talk about concepts like tikkun olam — and I truly, truly loved it — I can’t help being frustrated that she seems to exist in a contrived vacuum. Harley’s given a passing cameo, but Kate is absent. And notably, so is the most prominent Jewish character in the entirety of superhero comics: Bruce Wayne.

Yes, Batman is Jewish. He has been since 2006, which established Kate Kane as Jewish and Bruce’s first cousin on his mother’s side. DC completely ignored this (in fact, I suspect most people there didn’t realize it) until last year’s Detective Comics #1033, when we saw Bruce placing a stone on Alfred Pennyworth’s grave, a Jewish mourning tradition.

When I saw that, I burst into tears. It meant that much, to feel that seen.

I’m not saying I want Batman to steal Whistle’s spotlight — he has enough comics, and she’s a delightful new character (though whether she ever appears outside of a single graphic novel remains to be seen). But it’s noteworthy that DC’s three most prominent Jewish characters live in Gotham and all we get in this book is a bare glimpse of them. It’s noteworthy that Batman has been canonically Jewish for 15 years, in which he has appeared in probably a good thousand comics or so, and his heritage has only ever been acknowledged in a single panel. It’s noteworthy that DC’s marketing somehow forgot about multiple characters in order to promote Whistle as something we had never seen before.

That forgetting feels familiar to the way the Jewish history of comics is “rediscovered” with every new think piece. Jewish characters, like Jewish creators, seem to disappear most of the time, only to be trotted out when they can be presented as a rare or surprising spectacle. But Jewish identity is baked into the very essence of the superhero, and has been since the beginning. After more than 80 years of the genre, when it’s grown from disposable entertainment for a dime to the biggest movies and TV shows in pop culture, I’m ready to see the Jewish heritage of the superhero acknowledged on a regular basis. It’s long past time.

And let’s not wait another 40 years for the next new Jewish character, huh, DC?