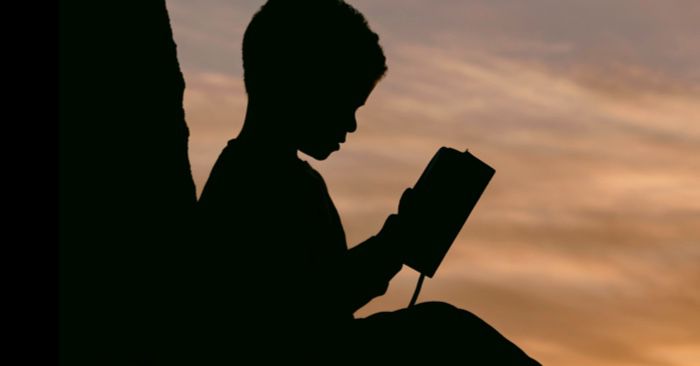 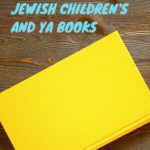 As a reader and as a parent, I’m committed to reading diverse books for myself, and also providing diverse books of all kinds to my son. He goes to a Jewish preschool, and while it’s important to me that he learns about our religion, it’s also important that he learns that there are many different kinds of Jews—I recently attended a panel that talked about racism in the Jewish community, with all of the speakers identifying as Jews of Color, and they mentioned the term “Ashkenormative,” where the default to being Jewish is always Ashkenazi, or Eastern European, and typically white. And that needs to change.

We have a diverse library of books at home in general, but regarding Judaism and Jewish themes, sometimes these books are harder to find—although I think that’s changing. I still think there is a lack of diversity regarding family structures and disabilities in Jewish books (especially for kids), but I also think this reflects  attitudes in the larger Jewish community as well—there are a lot of conversations to be had, and hopefully change will keep happening.

Here are some great ideas for diverse Jewish children’s and YA books to add to your library. If you’re looking for even more diverse books for kids of all ages, check out this post, too. 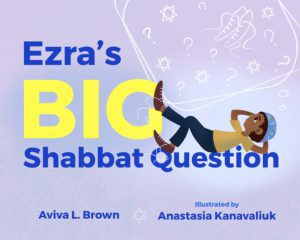 I don’t remember how I first found Aviva on Instagram (@avivabrown.author), but I am so glad I did. Her posts make me smile and laugh, and she writes about being Jewish and Black, being a mom, and so much more. As someone who has a Shabbat-loving little, I knew when I saw that she wrote a book about a little boy with a Shabbat question that we would be getting that book. One of the things I love about this book is the diversity: not only is Ezra’s family biracial, but the book also shows how people practice Judaism in different ways. 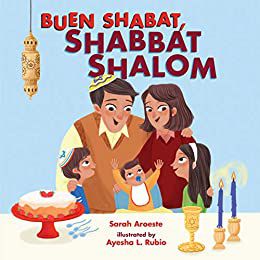 Our family is Ashkenazi Jewish, and when I saw this board book, I knew I wanted my son to read it. He loves Shabbat, and this was a fun and age-appropriate way to introduce him to some Ladino (also known as Judeo-Spanish) while reading about a Sephardic family getting ready for Shabbat. 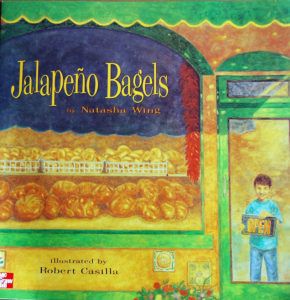 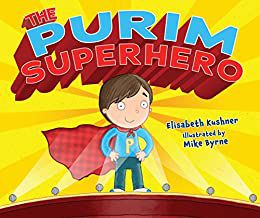 The Purim Superhero by Elisabeth Kushner and Mike Byrne

My son’s class read this for Purim, and this was one instance where I was pleasantly surprised: the main character has two dads, and it’s treated as simple fact and just part of the story. In this story, Noah loves aliens and wants to dress up as one for Purim—but all his friends are dressing as superheroes. He has to make a decision about fitting in or being his own person. 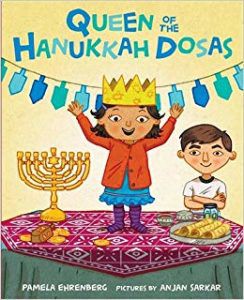 Queen of the Hanukkah Dosas by Pamela Ehrenberg and Anjan Sarkar

This delightful book is about a multi-cultural family (Indian and Jewish) who celebrate Hanukkah with traditional Indian foods. They eat dosas instead of latkes, and the reader gets to learn all about how they make the dosas in preparation for the Hanukkah party. When the family gets locked out of their house before the party, Sadie might be the one to save the day. 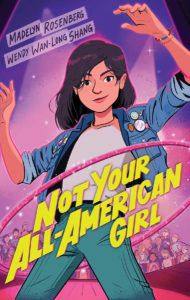 A companion book to This Is Just a Test (although you don’t need to read that book to follow this one), this middle-grade book set in the 1980s follows Lauren and her best friend Tara. They’ve been together in every class before, but not this year—so they both try out for the school play. Tara gets the lead part and Lauren, who is half-Jewish and half-Chinese, is told that she “just doesn’t look the part of the all-American girl.” When she just can’t bring herself sing during practice anymore, her role in the play and her friendship with Tara are at risk. 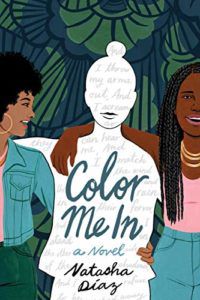 Color Me In by Natasha Diaz

Nevaeh is biracial: she has a Black mom and Jewish dad, and when they divorce, she moves to Harlem with her mom. Because she passes for white, her cousins think she doesn’t understand discrimination against the Black community, and her dad decides that when she turns 16, instead of a Sweet 16 party, she’s going to be Bat Mitzvah’d. Through everything, Nevaeh faces conflict the way she always has: she says nothing—until she starts falling in love, and when she realizes the different prejudices her family faces every day.

Do you have favorite diverse Jewish children’s or YA books?