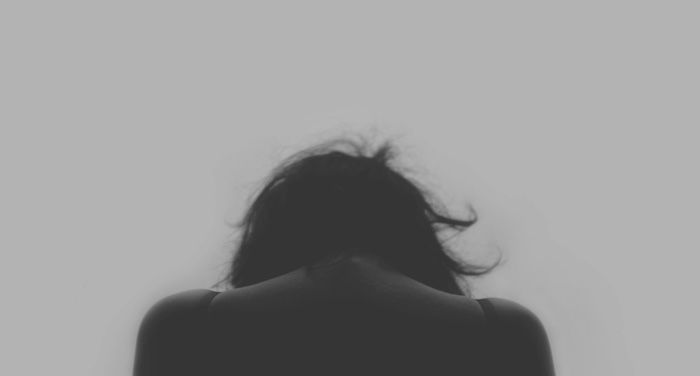 I first encountered Megan McCafferty’s Sloppy Firsts on my mom’s dresser. I was a junior or senior in high school and the title, as well as the cover, drew me in instantly. I immediately fell head-long for Jessica Darling, and I found myself eager to pick up each book following her life over the next nine years.

Jessica’s story begins her sophomore year, wherein she grapples with her best friend moving away after the death of her brother. Told as a month-by-month diary of her life January through December of that year, Sloppy Firsts is the raw, humorous, and painful observation of a girl in transition, a girl deeply unsure of who she is or how to discover who she is meant to be, and a girl who grapples with feminism, with growing up in white suburbia, with being a good daughter for her parents, and her mental health.

My freshman year is when I began experiencing anxiety and depression. It was in the beginning of the ’00s, in an era when social media was conveying one’s feelings through AOL Instant Messenger away messages packed with song lyrics. There were not, at that time, words for what I was feeling every day when I’d round the corner on the way to my English class or the ways I’d spend hours upon hours napping after school, even when I wasn’t tired. I wrote emotional LiveJournal posts and kept a series of notebooks with my friends that we’d pass between classes, sharing what we were thinking and feeling.

I grew up in the suburbs, in a town that remains primarily white. Though divorced parents were far more common then than they had been in my elementary years, it was still uncommon for my mother and I to be living with my grandparents. She worked second or third shifts in order to make ends meet, so much of my time at home was spent with the grandparents who were really and truly like a second set of parents to me. Despite the deadbeat father, I knew how lucky I was to have a loving family.

And yet, as anyone with a mental illness would tell you, that didn’t stop my brain from not creating the ideal chemical composition for balance.

“This is my new hobby. I watch my life depart minute by minute. I anticipate the end of everything and anything—a conversation, a class, track practice, darkness—only to be left with more clock-watching to take its place,” writes Jessica in her journal. “I’m continually waiting for something better that never comes. Maybe it would help if I knew what I wanted.”

I never understood passion, making any opportunity to talk about the things that should fire me up with a joke to deflect from my real, painful feelings. I was good at school, but nothing made me that excited. I enjoyed writing and reading, playing badminton and basketball, spending time with my friends. But in every way, I felt outside myself, like I was always watching my body through the movements of each, rather than connecting with them.

When asked what I wanted to be when I grew up, what it was I wanted to study in college, or what career I wanted with such potential in front of me, I’d say something that shocked or surprised the asker: I wanted to hold the slow/stop sign in construction zones. I’d pause a beat to gauge the reaction. If the asker looked shocked, I’d say that it would really give me time to figure out what I cared enough about to dedicate so much of my life to, since I had no idea.

If they said nothing, neither did I.

“I’ve censored my true feelings more and more, replacing them with lies that I know everyone wants to hear,” writes Jessica. “I’ve felt like I’ve lost my right to have an opinion, just because I know no one will back me up. But we should all have the courage to speak out about what’s bothering us about this school and beyond. Maybe people won’t like what you have to say. Perhaps you’ll find that you’re not alone.”

Like Jessica, I censored my feelings and my thoughts. Part of it was fear, but a bigger part was that I knew many of my thoughts and feelings came from an unhealthy place.

I revisited Sloppy Firsts this fall to talk about the book on Hey YA Extra Credit. Rereads are always tricky: you bring your new self to the story, as well as revisit the you that you once were. Would I come back to this story as a jaded adult, unable to relate to the Jessica in the book—the Jessica that I myself related to so deeply growing up? What was it that made her so memorable to me, as the book itself isn’t especially memorable: it’s a character-driven diary, as opposed to a dynamic, plot-driven adventure.

And while those things were true, it was something else that made me realize why this character was such a potent part of my memory: Jessica is depressed, doesn’t have the language to describe it, and, when she seeks help for her mental health, she’s greeted not with compassion or understanding, but with bewilderment.

Jessica writes: “You can only be in a bad mood for so long before you have to face up to the fact that it isn’t a bad mood at all; it’s just your sucky personality,” and it was right here that every experience with this book growing up was a means of validating my own mental health experiences.

In an era before Tumblr, Twitter, and other social media connecting teenagers around the globe with one another, the conversation around mental health did not exist anywhere near as robustly as it does today. There were no depictions of teenagers with anxiety that manifested in minor panic attacks throughout the day, of tremendous fear being seen among your peers.

But it’s Jessica’s undiagnosed, un-discussed depression that absolutely floored me reading as an adult and which made me, as a depressed teenage girl in suburbia, feel valid.

A lack of passion? Check.

An inability to feel and express one’s feelings? Check.

A year-long lack of a menstrual period? Check.

Constant self-deprecation, insomnia, fear that you’ll never find the silver lining in anything ever again? Check, Check, and Check.

“Right now I feel guilty to be alive,” Jessica writes. “Why? Because I’m wasting it. I’ve been given this life and all I do is mope it away. What’s worse is, I am totally aware of how ridiculous I am. It would be a lot easier if I believed I was the center of the universe, because then I wouldn’t know any better NOT to make a big deal out of everything.”

She continues, “I know how small my problems are, yet that doesn’t stop me from obsessing about them. I have to stop doing this. How do other people get happy? I look at people laughing and smiling and enjoying themselves and try to get inside their heads. How do Bridget, Manda, and Sara do it? Or Pepe? Or EVERYONE but me? Why does everything I see bother me? Why can’t I just get over these daily wrongdoings? Why can’t I just move on and make the best of what I’ve got? I wish I knew.”

I wrote nearly identical words in my own journals, in the notebooks my friends and I shared. The same words and worries and fears circled my mind for days, weeks, months at a time.

My high school self didn’t know I had depression. She couldn’t know, and she couldn’t know in big part because she didn’t have the language or the knowledge to understand what she felt wasn’t simply teen angst. It was mental illness. But in finding Jessica Darling at that moment, I saw myself reflected not just in the ways that mattered to me at the time, but I saw my own mental health represented honestly, rawly, and powerfully, even if Jess, like me, lacked the words to describe it.

It’s been 20 years since Sloppy Firsts, but picking it up again as an adult made me understand why this character and her voice resonated with me back then and why I find myself still passionate for her story, all of its ups and downs, twists and turns, hits and misses in love and friendship. The series opened a time capsule to an era before social media, to social fears that existed in the early ’00s that haven’t changed a whole lot today—there’s just better ways to talk about these things.

Jessica’s story will live on for new readers, as the entire five-book series will hit shelves in time for Sloppy First‘s anniversary next year (May 4). The covers look much different than the ones I own and that adult-looking image which immediately made me want to borrow the book from my mom as a high schooler. They look like books that’ll resonate with teens looking for voice-driven novels, particularly stories that grapple with timeless themes of understanding oneself, figuring out what it is that matters to you, and whether or not you have any interest in pursuing a romantic relationship.

Equally important, though, is the books have been updated to reflect the language of today’s reality. Jessica’s depression might not be labeled as such, but in the 20 years since the book’s publication, what once passed as “funny” offhanded jokes are better understood as microaggressions and disaffirming of the identities others seek to find for themselves. The new editions offer the same Jessica Darling, but with a heightened awareness of her own privilege and power.

I’m grateful to have revisited Jessica as an adult, to have had the chance to reconnect not just with her, but with my own teenage self. She may not have believed in her own ability to be passionate or to make a life of meaning, but I can assure her that she can, she will, and most importantly, she’ll be able to validate herself by herself and for herself—she’ll find her own voice, use it, and know that she’s never alone, nor has she ever been.