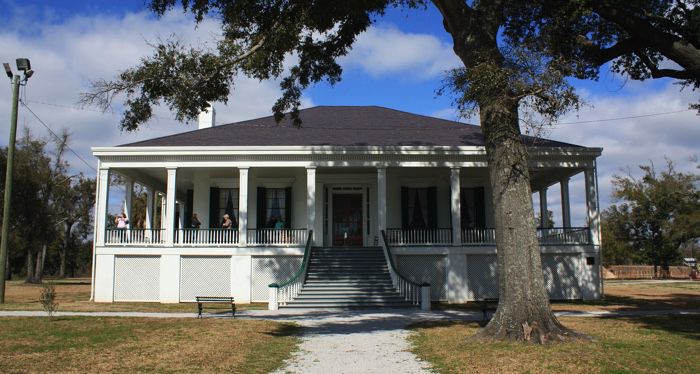 The Executive Committee of United for Libraries, a division of the American Library Association, voted unanimously on Friday, June 12, to rescind the Literary Landmark status of Beauvoir, the house of Confederate president Jefferson Davis.

Moreover, they voted unanimously to immediately establish a joint working group with the association’s Office for Diversity, Literacy, and Outreach Services. The group will review both the guidelines for issuing the designation and the status of the other Literary Landmarks. A formal declaration of the de-designation and a statement about the rescindment are forthcoming.

This news followed my inquiry to United for Libraries asking why Beauvoir was worthy of Literary Landmark status. I also asked whether there were circumstances under which they would rescind a designation.

United for Libraries is the association of library trustees, advocates, friends, and foundations. It’s a division of the American Library Association, the professional organization for libraries in the U.S. The same organization oversees the Newbery medal, the Coretta Scott King award, and the Stonewall book awards, among others. Their advocacy includes promotion of events like Banned Book Week and Drop Everything and Read. Their work has likely influenced you as a reader in some way.

They inherited the Literary Landmarks program when Friends of Libraries U.S.A. merged with ALA’s Association for Library Trustees and Advocates in 2009 to become United for Libraries. The program requires applicants for the designation to provide background material corroborating the role of the proposed site. Applicants also supply a bibliography of the author’s work, and a list of who will be responsible for the site. In turn, Literary Landmarks receive a plaque, press releases, and a listing on the program’s website.

The Literary Landmarks program promotes plenty of well-known places, some of which I’ve visited myself. City Lights bookstore in San Francisco is famous for its relationship to beat poetry.  Eminent southern writers like Truman Capote and William Faulkner stayed in or wrote about the Hotel Monteleone in New Orleans. (I recommend ordering a Sazerac at the hotel’s rotating carousel bar.) The Hall Branch of the Chicago Public Library acted as a meeting place for writers like Arna Bontemps, Gwendolyn Brooks, Lorraine Hansberry, Langston Hughes, Zora Neale Hurston, Claude McKay and Richard Wright. It’s mostly a great list if you’re looking to do some literary tourism in the post-pandemic future.

Jefferson Davis’s home, the former cotton plantation he moved to after the conclusion of the Civil War and the place where he wrote his memoirs, hardly seemed comparable to these other sites. Upon reading Beauvoir’s website, my stomach knotting tighter as each page loaded, I wondered how it attained the designation in the first place. One could imagine a reckoning with history happening at a place such as Beauvoir. Instead, it’s a place for the ne plus ultra of plantation weddings. A place that holds events like Confederate Flag Day. A place whose mission is to educate the public on the “Lost Cause.”

As an aside, here are some writers who don’t yet have Literary Landmarks of their own: Phillis Wheatley, Maya Angelou, James Baldwin, Octavia Butler, Toni Morrison, August Wilson, Audre Lorde, Malcolm X.

As monuments to racists, traitors, and colonizers are toppling around the globe, some people complain about the erasure of history. Whether these statues have their heads on or not, whether Beauvoir is linked from an ALA website, no one is impeding anyone’s ability to learn or disseminate information about history. People have simply had enough of certain figures being such a visible part of the public memory.

If you want to see an actual example of someone limiting access to history, simply turn to Disney. Try to find their film Song of the South, an ode to racist nostalgia for a time that never was, on the Disney+ service. It’s not officially available on DVD or Blu-Ray, either. As a private corporation, they’ve opted to effectively censor the movie, as is their purview.

If you can’t live without a DVD of Song of the South, however, purchase one at Beauvoir’s gift shop. In addition to a bootleg copy of this movie, you could buy numerous novelty items emblazoned with the Confederate flag. Tack on a copy of The Story of Little Black Sambo, a bafflingly racist 1899 children’s book that uses pickaninny imagery to illustrate a fantastical story about a South Asian boy.

Land of the Intellectually Free

Libraries and library associations are threading a very difficult needle when it comes to issues of intellectual freedom and privacy. They wield a double-edged sword regarding their self-appointed duty to collect books with varied views on race, religion, gender, sexuality, etc. They support patrons’ rights to access any book without ending up on a watch list. By that token, one cannot treat a questioning teen seeking out library books about sexuality against their homophobic parents’ wishes differently than a patron seeking out books that uphold white supremacy.

There is always, one hopes, room for nuance in these conversations. Collecting materials and protecting the privacy of the patrons who access them is one thing. Providing a platform for a historical traitor to the United States is another. United for Libraries is choosing to no longer promote Beauvoir. Beauvoir is entitled to have its website accessible by library patrons around the country. It’s entitled to have Jefferson Davis’s memoir accessible to people who want to read it. If limited shelf space and lack of interest mean it gets weeded from a library’s collection, well, that’s the way that goes sometimes. What Beauvoir is not entitled to is a spotlight.

The ALA has made news in the past few years when they backtrack on who they honor. They removed Melvil Dewey, he of the eponymous decimal system, from their top professional award due to his history of racism, sexism, and sexual harassment. Laura Ingalls Wilder, too, had a namesake award until 2018, despite the racist and anti-Indigenous sentiments in the Little House on the Prairie series.

Every time a statue is pushed into a river, every time the confederate flag is banned someplace where it never should have flown in the first place, it feels like a small victory. A small push bending that long moral arc toward justice. However, public memory is not at the core of Black Lives Matter. The movements seeks to address the violence inflicted on Black people by the state and by vigilantes. As I write this piece, I wish for it not to pull focus from the more urgent issues at hand. Consider, if you’re wielding privilege these days, focusing your reading time on understanding Black movements, racism, and also Black joy.