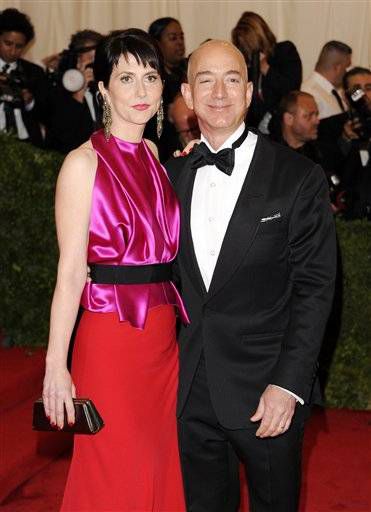 In the March edition of Vogue, Rebecca Johnson profiles author MacKenzie Bezos. Author of The Testing of Luther Albright, which was named a Los Angeles Times book of the year, Bezos’s new book, Traps, is being released by Knopf on March 12 of this year. A self-proclaimed introvert who attended Hotchkiss and Princeton, Bezos cites one of her reasons for choosing Princeton was to study under Toni Morrison (who is quoted in Vogue’s article saying Bezos is “one of the best students I’ve ever had in my creative writing classes… really one of the best.”) This to say that Bezos’ writing gears towards the literary, as do her reading preferences. Why is this important? Well, these books tend to not make it onto the popular fiction lists, and are often sold by word of mouth, including by booksellers in physical bookstores. Why do we care about that in relation to Bezos? She is the wife of Jeff Bezos, founder of Amazon, alleged killer of the independent bookstore… the very kind of bookstore where his wife’s books would most likely thrive. Also the kind of bookstore where his wife (if the article is correct in assessing her personality) probably used to spend a lot of time.

Mr. and Mrs. Bezos were married before Mr. Bezos came up with the idea of Amazon, so her creative writing roots

were well established by the time the business kicked off. Perhaps being in the impossible position of being loyal to her husband and loyal to her passion, Mrs. Bezos doesn’t talk much of this awkward juxtaposition in the article other than to say that she “think(s) Amazon has been great for readers.” (Emphasis mine.) Also, she declined to be published by Amazon’s new publishing imprint, instead going with Knopf. Mrs. Bezos does not comment on this, though her husband laughs it off saying, “we are calling her the fish that got away.” There will no doubt be speculation on why Mrs. Bezos chose to go with a different publishing house, though from a marketing standpoint, it was really the only thing to do if she wanted to be taken seriously in her career; not only because Knopf is more reputable than Amazon’s publishing arm at this point, but also because it would insinuate that she has been published on her own merit (of course, this can be argued anyway). Truly, though, one must wonder if this is her only way of subtly (and tactfully) supporting the other side without blatantly going against her husband and his company.

So, readers, what are your thoughts on MacKenzie Bezos’s position in general and on her going with Knopf (instead of Amazon) in particular?