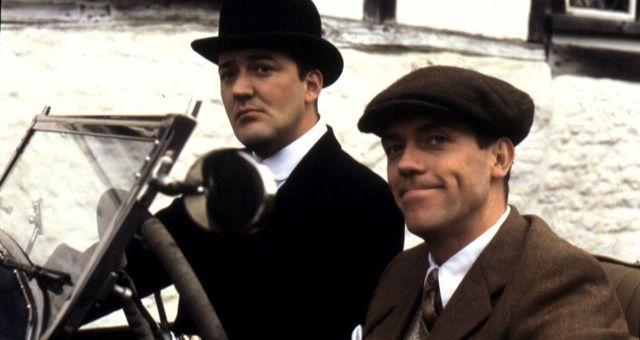 P.G. Wodehouse, author of many stories about Blandings Castle and other comic/idyllic places, is best known for his Jeeves and Wooster tales. His style has often been imitated, possibly most successfully in three novels by writers best known for other works. 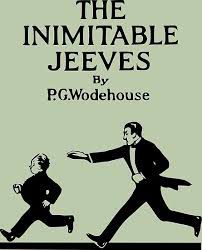 Ben Schott’s breezy and delightful Jeeves and the King of Clubs is gently suffused with modern mores. It references contemporary xenophobic nationalism, with a defense plot to foil fascists chanting “Keep Great Britain Great”. It also actually gives Bertie a genuine love interest, who seeks a valet for herself, and approvingly mentions women’s suffrage. And it pokes gentle fun at ultra-Scottish Scots.

Sebastian Faulks’s Jeeves and the Wedding Bells also deviates from the Jeevesian conventions in some key ways, which can’t be mentioned without giving away spoilers. Thus it’s likely to enrage some purists. Though it’s less enjoyable than Jeeves and the King of Clubs, Faulks’s Wodehousian tribute cleverly inverts the relationship by having Bertie pretend to be a valet and Jeeves pretend to be a young gentleman about town.

Unlike the other two, Jonathan Ames’s Wake Up, Sir! isn’t an authorized homage. While those are more or less faithful, while modernized, Jeeves and Wooster stories, Wake Up, Sir! is bawdier and boozier than the Wodehouse stories, and centered around Jewish identity, writing, and sex.

A nice running joke in Wake Up, Sir! is that the sidekick is a real-life valet who just happens to be named Jeeves and is annoyed by all the cracks people make about Jeeves, the fictional character. As blathering protagonist Alan Blair reflects, “when I’d hired Jeeves just five months before, in February, I had no idea he was bookish. There was his very literary name, of course, but this didn’t make me think he was an avid reader, it merely threw me for one hell of a loop. I mean, who ever heard of a valet actually named Jeeves? That’s outrageous! That’s like looking for a private detective in the Yellow Pages and stumbling across Philip Marlowe! What was the likelihood?”

The coincidence is even more remarkable because Alan is inspired to hire a valet after reading a dizzying number of Wodehouse novels. Alan wonders “if Jeeves had gone into valeting out of desperation. A sort of ‘if you can’t beat them, join them’ approach, like being named Roosevelt and feeling compelled to run for president.”

With those descriptions in mind, can you tell the difference between quotes taken from original Jeeves and Wooster novels and short stories, and quotes from the (affectionate) parodies? Sources of quotes are given below the quiz.