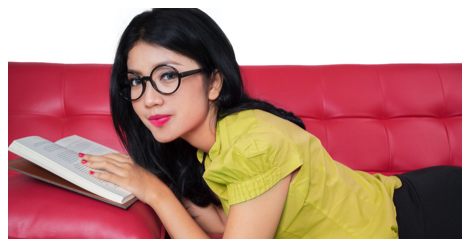 This is a guest post from Patricia Thang. Patricia is a Japanese-Chinese-American in Los Angeles, with an educational background in science, a professional background in non-profit, and no background in the book industry. Which is funny because reading is one of her favorite things in the world, second only to dogs. You may be wondering why she didn’t pursue a book-related career in the first place, but she’s baffled by it too. Follow her on Twitter @aintnopthang.

Sometime during the fall of 2014, I stopped enjoying reading. The thing that had once given me so much joy, that I would desperately find free moments for, had somehow become a chore. I no longer found an escape in the pages, in the worlds I once called home.

Earlier that year, I had graduated from college. Four years spent pouring my heart and soul into work, activities, and friendships, all culminating in a weekend centered around receiving a piece of paper. It should have been the cherry on top of the sundae that was the best four years of my life. And it was, at first. But spring turned to summer, which turned to fall, and as winter approached, those four years and the weekend that celebrated them started to seem worthless, a waste. My sense of accomplishment and pride turned to anxiety and a loss of self-worth. I was unemployed, living at home, and I had left all my friends on the other side of the country. It seemed all my happy days were already behind me. Even books, which until now had never failed to make my worries, my sadnesses, and my fears fade away, weren’t enough anymore. I never lost my love of the idea of reading, but the act itself became an impossible task. I used to crave moments of silence that I could fill with imaginings of the stories I read, but now the silences would only be filled by my own voice telling me I was a failure, drowning out anything else. When I cracked open a book, I could no longer appreciate the stories, the characters, the language inside. So I put my books aside, in search of another way to push the bad out of my mind.

Ever since I was in high school, my father has lived in Japan for his job. He visits home a few times a year, and every time he does, he brings with him recordings of Japanese variety shows — it’s the only thing we can enjoy as a family because we somehow can’t agree on American programming. Here was my new escape: something different enough from my own experience to distract me, yet familiar enough to put me at ease. And with sound being an essential part of the TV-watching experience, I didn’t have to face silences either. 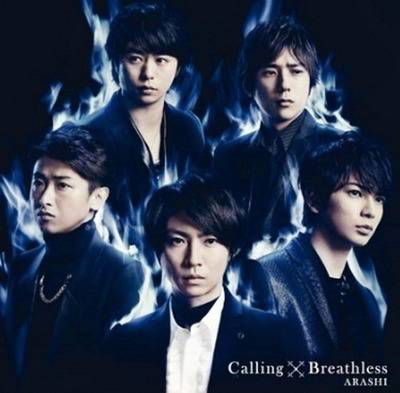 In the Japanese entertainment industry, there is a particular group of celebrities that are insanely popular and recognized throughout the country: male pop idols represented by the talent agency Johnny & Associates. Boys are not only trained to sing and dance, but also pushed to develop talents in acting, hosting, and more. One idol group that is particularly popular and found their way onto my TV screen is Arashi, a five-member group that has been together for over fifteen years. Each member has a unique personality and unique talents, but they also have a camaraderie and love for each other that the Japanese public adores. I know how dumb it sounds for someone who’s not in middle school to become obsessed with a boy band (seriously, it’s like my brain was reverted to the early 2000s when my love for the Backstreet Boys was at its peak), but for most of 2015, it was the only thing that could bring a smile to my face. I watched the variety shows Arashi hosted as a group, I watched each members’ movies and dramas, I listened to their music — I immersed myself in it, just to get away from my own pathetic life.

Gradually, my immersion in Japanese pop culture stopped being about just searching for a way to get myself to laugh, but about learning to truly appreciate stories again, through two major angles. Angle one: it could just be me, but at least 80% of Japanese movies and dramas seem to be based on novels or manga (or is America this way too and I just didn’t notice?), and all the aspects of my favorite books — engrossing stories, complex characters, a lack of true separation between good and bad, right and wrong — were being presented to me as if to lure me back to my bookshelf, back within the pages of some hefty tome. Angle two: for the first time in my life, I had been hearing Japanese every day just as much as I would hear English, allowing me to carefully compare the two. I’ve always loved language — the art of using it, learning new ones, everything about it — and to be able to jointly analyze the two languages I’ve always lived with (I’m not trained in linguistics or anything like that, though, so I won’t say any more because I’d like to avoid potentially embarrassing myself) helped me to appreciate them all the more. By the end of 2015, I had cracked open a book again. And this time, the silence didn’t fill me with dread. Instead, I had rediscovered what was so great about books in the first place, and was able to fully appreciate them again.

Now, a year and a half later, Arashi is still a fixture in my life, but in much healthier doses. My books are demanding my time and attention as well, and I’m very much willing to allow them to make their triumphant comeback (and I finally found a job, which I guess is also a thing).