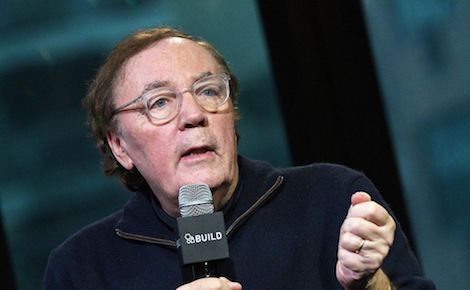 On Tuesday, the best-selling author announced the fifth installment for his Patterson Partnership, formed in coordination with Scholastic Book Club. Patterson is giving $250 each to 4,000 teachers around the country to help purchase books. He is also distributing $500 each to 500 teachers with three years or less experience.

The details for how to apply are here, too.

Kurt Vonnegut’s Slaughterhouse-Five, or The Children’s Crusade: A Duty-Dance with Death, turns 50 this week. Originally published on March 31, 1969, the novel—a genre-bending WWII story about a soldier who becomes “unstuck in time”—was Vonnegut’s first to become a bestseller, and 50 years later, it’s still his most beloved and influential. Many a teenage mind has been blown by Slaughterhouse-Five, and many an adult mind, too. To celebrate the birthday of this essential American novel, I looked at how it’s been covered over the years—both at home and abroad. Some of the below covers are beautiful, some impactful, and some simply odd, but they all make me want to read the book again.

There’s something I’ve wanted to do my whole life and it’s always seemed like a pipe dream because I’m easily overwhelmed and forever terrified, but recently I’ve learned that if you don’t at least try you never actually have a chance of it coming true.  I also know that I let my anxiety trip me up and paralyze me and sometimes the only way that I actually accomplish anything is by writing about it so that it becomes true and also so that you guys can yell at me when I start to doubt myself and hide.

So, after years of thinking about it…I think I’m going to open a real, live bookstore.

I would go to The Bloggess’s bookstore!