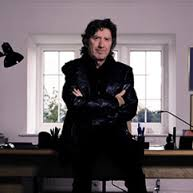 March has been a rough month for the literary world, marking the deaths of both Chinua Achebe and James Herbert. Herbert was an English author and best selling horror novelist often mentioned in the same breath as Stephen King.  Indeed, Stephen King has praised Herbert’s work, stating that the best of it had “the effect of Mike Tyson in his championship days: no finesse, all crude power. Those books were best sellers because many readers (including me) were too horrified to put them down.” Likewise, Neil Gaiman and Ian Rankin have touted Herbert’s work, the former stating that “for so many people it was the virtual soundtrack to their teenage years.” He is credited with catapulting British horror fiction out of the gaslit back alleys and into the contemporary English countryside, and he did it with a style that was unmistakable.

I discovered Herbert in my adolescence, and what I remember most vividly were the unforgiving scenes of raw horror that Herbert brought to the page. The fact that he accomplished this without the need for excess–all right, I’ll say it– words, appealed to the younger me in a way that I’m almost ashamed to admit. I didn’t have to wade through hundreds of pages of characterization designed to make me feel for characters that were inevitably going to die anyway, or get lost in endless imagery ladened prose attempting to lull me into a suspension of disbelief; I got all the payoff with very little investment. His writing was raw and paced in a way that anyone who has ever fast-forwarded to the fight scenes in a kung-fu movie could appreciate.  Yes, sometimes the writing may have been too visceral or his themes too dark, but these were distinctions beyond a teenage boy, and even now I would be hard pressed to dispute their resonance.

Two of Herbert’s earliest works, The Rats (1974) and The Fog (1975), embody this unabashed, in-your-face approach. Although The Rats was destined to become a trilogy with the release of Lair (1979) and Domain (1984), it was these two books that made up the lion’s share of my fondest Herbert inspired memories. R.O.U.S’s (or giant rats, for the uninitiated) are the stars of the first book and the brutality employed by Herbert.  Their ensuing besiegement of East London is as harrowing as it is effective . Reminiscent of King in his Pet Sematary or Salem’s Lot phase, the work stands the test of time and still evokes a shudder even in a contemporary America that seems to consider The Walking Dead family entertainment. The novel culminates in an attack on the London Zoo and the discovery and extermination of the rats’ albino, mutant leader.

Never straying too far from his target audience, Herbert never loses track of the absurdity that often goes hand-in-hand with horror, and my favorite scene in The Fog is when a group of cows, possessed by the psychotic effects of a mysterious gas, turn on and kill their farmer. You “herd” me, Killer Cows! The novel then descends into darker and darker territory as the homicidal masses indulge their darkest desires under the influence of the fog. Honestly, after this point, my relationship with Mr. Herbert waned as more and more books begged for my attention. I returned for an occasional conjugal visit and occasionally kept an eye out while pursuing the shelves of my local used book store.  So, after hearing of his passing I was somewhat surprised to feel an immediate wave of nostalgia in which I could picture with utter clarity entire passages of text; I can’t think of higher praise for an author.